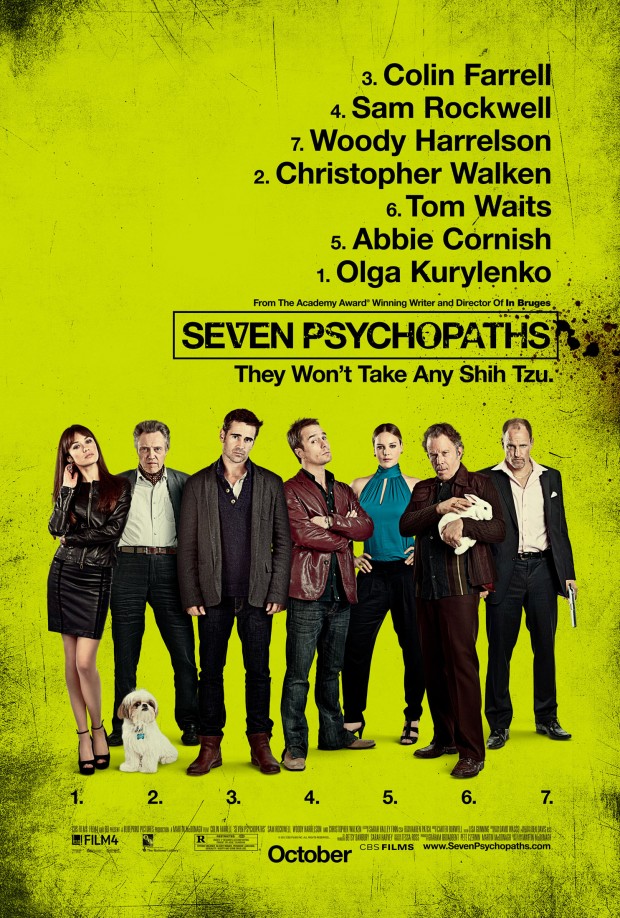 The Red Band trailer for Seven Psychopaths just hit and I’m just going to be quick and dirty. Here’s the trailer, sound off in the comments and let me know what you think. So far the two words being used are “F*cking Great”.

An alcoholic screenwriter (Colin Farrell) struggling to write a serial-killer script gets more real-life inspiration than he can handle when a dognapping scheme gone awry brings a galaxy of crazies to his doorstep. A top-notch cult-movie cast — including Christopher Walken, Sam Rockwell, Woody Harrelson, Tom Waits, Harry Dean Stanton-anchors this wacky, blood-spattered commentary on the psycho-killer thriller from the writer-director of In Bruges.