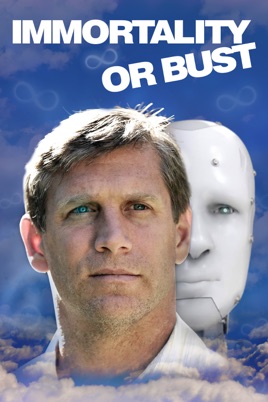 Do you want to live forever? Impossible, you say. Not so fast. There are those among us who fervently maintain that life without end will be a realistic option in the not too distant future.

Enter “Immortality or Bust”, a new documentary chronicling Transhumanist Zoltan Istvan’s cross-country crusade for President in 2016 behind the wheel of a bus tricked out to conjure a coffin. This, far from the strangest element in an extraordinarily eclectic film.

I talked with Producer Daniel Sollinger.

How did you become aware of Zoltan Istvan?  Were you already familiar with Transhumanism?

I saw a press piece about how he was going to run for president under the Transhumanist party (which he formed), and I found his email and reached out to him.  Yes, I had been following Transhumanism since the early 90s, but it was a very small community, and this seemed like something that would broaden it.

The presentation of a radical concept is relatively even-handed in “Immortality or Bust”.  A point of view curiously ignored is that of Christianity.  Is it assumed that we know what the bulk of those of the Christian faith think of the tenets of Transhumanism and hence it is not necessary to explore the obvious?

Zoltan is a staunch atheist.  I chose not to spend too much time focusing on that because I am a Christian.  Also, there are several Christian Transhumanist groups, so I didn’t feel as though atheism represented Transhumanism as a whole.

Do you want to live forever?

That would be nice, so I guess the answer is yes, but I think it is a lot more complicated and interesting than that.  If I freeze myself, who gets unfrozen?  If I upload myself, is that really me?

What would you like us to take away from your film?

We have to start thinking about how the exponential growth of technology will impact our species.

Sollinger adds that “Immortality or Bust” is available now in the United States on all cable and streaming platforms.

Do you want to live forever?   Impossible, you say. Not so fast.