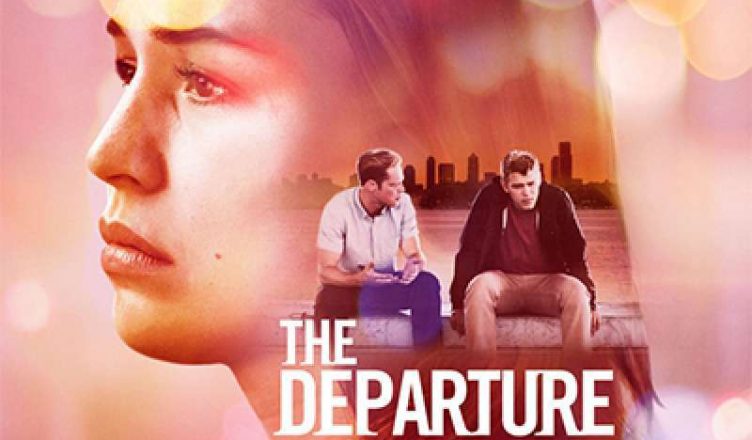 The new independent drama “The Departure” launches us on a journey into relationship insecurity most contemptuous. Merland Hoxha wrote and directed this yarn of young L.A. professionals striving for solid footing amidst the ever-looming quicksand that threatens to gobble up lovers whole. Kendall Chappell is among the ensemble cast.

I chatted with each about this story, starting by asking Hoxha if perhaps it reflects any real life romances?

“The Departure” is a simple yet sinister tale of relationship insecurity.  Is it grounded in personal romantic experience, either yours or those you know?

“Relationship insecurity” is pretty accurate. It is not based on personal experience or of people that I know. It was rather a research in the topic of faithfulness and loyalty. I wanted to see what leads people that are part of a seemingly-perfect relationship to test each other’s loyalty. I interviewed several people and this is the story that my research and inspiration brought me to tell.

Do you believe infidelity is common among couples, and that any of us are vulnerable to succumbing?

There’s not an easy answer to that. If you ask around to people who are willing to open up about their personal experiences, you will sadly find out that most people have been unfaithful at least once in their life so I guess you could say that infidelity is more common than we’d like to admit. Under what circumstances do people cheat?  That I think, is more interesting and worth digging into.

Please describe the process of taking an independent project from an idea to the screen as you are succeeding in doing?

It all started as a short film-a 12-minute one-take short. A few months later, after getting feedback from a lot of people, I would often get comments such as “Hey, great short film, why don’t you make it a feature?”, I had another feature in mind but it required a lot of more resources that at the time I didn’t have so I acted quickly, and gladly things worked out as expected.

What drew you to this pivotal role of Jessica?

We originally shot this as a short to test out some of the ideas so when Merland came to me with the feature I was excited to continue growing the character and explore someone entirely different than myself.

Do you believe couples are by and large faithful to each other?  Even in Los Angeles? (smiling)

I‘ll start by saying I think “faithful” is too broad a word when talking about relationships these days. In my opinion, as long as communication is open, honest, and actions are consensual,  relationships can look very different and therefore “faithful” can be defined by the individuals involved and is up to them to judge.  Los Angeles definitely suffers from the curse of abundance-with so many options how do we ever know we’ve made the right one? I can see this leading to increased unfaithfulness (however you choose to define it) and with so many social media outlets it’s become so easy to always be on the lookout for the next-best-thing. However, I’m not a total pessimist! I met my boyfriend on Instagram-sometimes it’s just a great tool for connection!