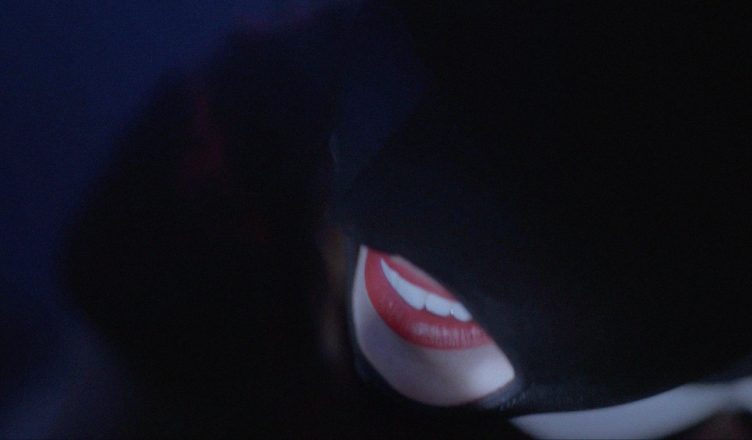 Not always does a movie clearly incorporating elements of all-time cinematic classics into the fabric of it’s story make for a satisfying experience. Writer/ Director Christopher Wells said, “Hell with that, man. I’m goin’ for it.”   And go he did with his new evil-spirited house horror flick “The Luring”.

I talked with the filmmaker.

Perhaps the most striking aspect of “The Luring” is the respectful tribute to Stanley Kubrick’s “The Shining”. Was this story dynamic the launching point for your film?

I was fascinated with dissociative amnesia and thought that would make for an interesting plot. To have something so horrible and evil happen to someone where their brain puts that bad memory in a locked vault is fascinating. What could be so horrible to make the brain forget that singular moment? If I could answer that I’d have a twisted psychological thriller. This was actually the launching point of my film.

I liked the idea of someone being lured to a trap. Like a fly getting stuck in a spider web but the spider wants to play with her food before she kills. She makes the fly think it’s wanted and desired and makes the fly submit his strength willingly. This concept interested me and this fetish undertone became something I wanted to explore. I wanted to show submissiveness being manipulated by dominance with an ulterior motive.

I also like weird interactions in scenes so I wasn’t afraid to make sure The Luring had some sprinkled in. The whole crazy obsession aspect of my film shows someone who has this really deep desire of losing complete control because they are usually never told no. Spoiled brats are just potential sniffling, obedient dogs once the chain is pulled and no one can pull harder than a woman who has been wronged.

A red balloon plays a significant role in “The Luring”. Again, this calls to mind another cinematic classic, the 1956 Oscar-winning French film “Le Ballon Rouge”, a masterpiece made on a meager budget. You pride yourself on bringing “The Luring” to market with ultra-low funding. May I assume that this apparent connection is not by coincidence?

Yes. That film made a huge impact on me. I remember being a kid and feeling these strong feelings about the relationship between the boy and that balloon. And when you’re a kid you just love balloons. Every time I’d get a haircut the barber would give me one for sitting still and I just thought that was the best.

In my story the balloon is wanted by 2 characters and jealousy gets the better of one. The Luring is about using something to lure someone into an unfavorable situation. The backstory of the truck and the balloon, the color red lipstick on one of the females was fun to tie together as a writer.

I review mostly independent films. More and more I am impressed by the quality of acting we get, the fine cast of “The Luring” being no exception. These are gifted professionals who are earning a place, and deserve, to have their passion shared with audiences. Indie film seems to be the ideal vehicle for performers who would otherwise likely have minimal opportunities were it not for low-budget projects. I imagine nurturing developing talent genuinely matters, and is rewarding, to you as a filmmaker.

Good acting comes from good casting. We got hundreds of submissions so it took a while but I’m really proud of the level of acting we have. All the kids were great to work with and the all the actors really brought something unique to the script. It’s a fun process when you see actors ask questions about their characters because it forces you to dive deep as a director, so it’s a true collaboration.

I love low budget films because it’s interesting to see what people do with limits. Those limits push us to be more creative and think outside the box. I’m grateful for the opportunity to show my film to a wide audience.

“The Luring” is frightening. What scares you, Chris?

Someone who pretends to be someone they’re not, and using that to manipulate someone so they can be harmed is scary to me. That takes planning and thought and while it scares me, it also fascinates me as a writer.

We shot the film in a house that was in our family since 1989 but when my step dad Dave died my Mom could no longer afford the house. When she told me this I asked if I could shoot a film in it and send it off with a bang. Luckily she agreed. I couldn’t use any blood because by the time we were in production the house would be sold. As a result, I didn’t want to mess up the floors, so I had to write a psychological thriller. They scare me more because they stay with me longer. I’m receiving text messages from my family and friends telling me they are disturbed by some of the scenes in my film and that means I got to them.