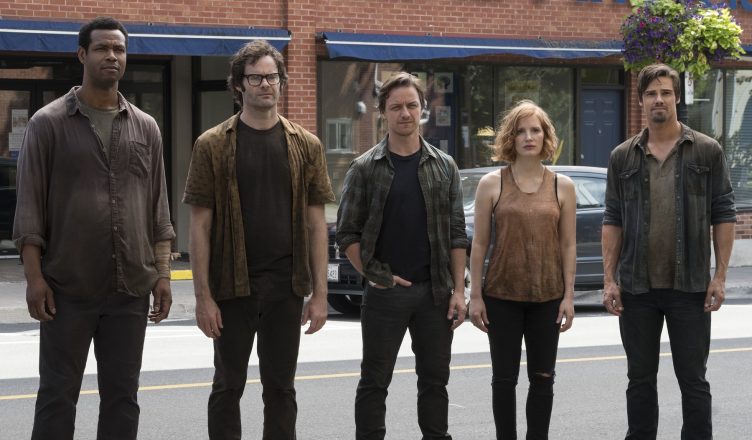 Evil resurfaces in Derry as director Andy Muschietti reunites the Losers Club in a return to where it all began with “IT Chapter Two,” the conclusion to the highest-grossing horror film of all time. Twenty-seven years after the Losers Club defeated Pennywise, he has returned to terrorize the town of Derry once more. Now adults, the Losers have long since gone their separate ways.

In terms of the plot, I appreciated the fact that the movie did try to stay closer to the novel. There were some interesting elements displayed that included the more metaphysical side of the “It lore”, which does serve to give viewers a bit more background on Pennywise.  I think it would’ve served the audiences better had the film done a bit more of this to explain more of the meta-elements, it was fine nevertheless. In addition to that, the film does a commendable effort in its editing to show the transitions of the children to adults. The best moments were when those transitions would tell us even more exposition about the missing gaps of the children’s lives after their first encounter with the killer clown. Those flashbacks were very effective in creating more of a relatable connection to the characters. 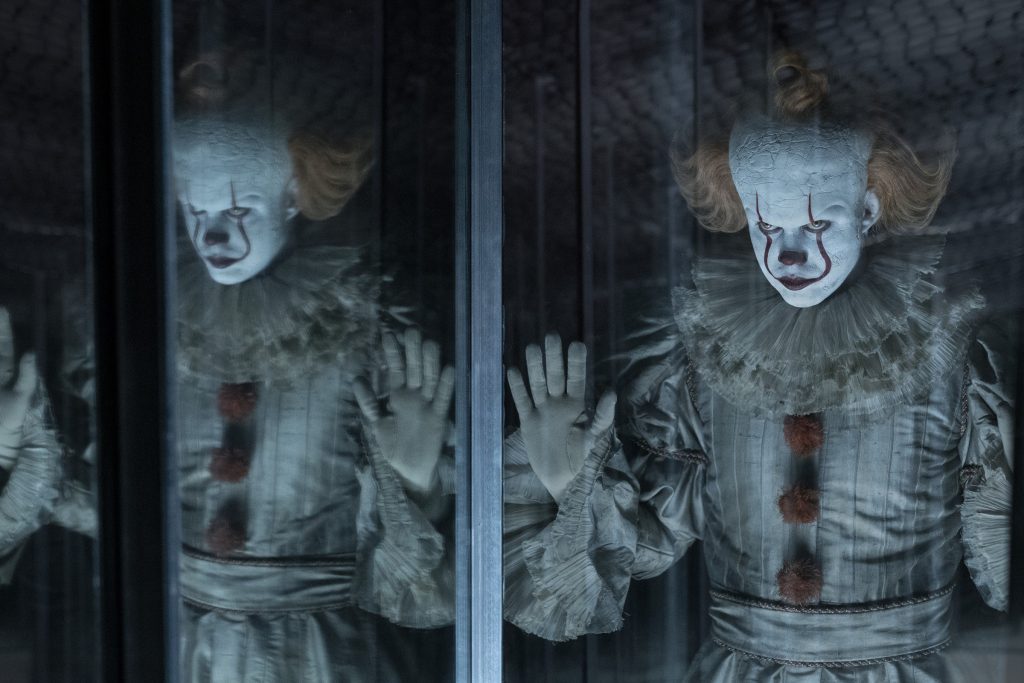 As far as the characters and actors, overall the performances were pretty solid. James McAvoy and Jessica Chastain delivered on their roles as expected. Bill Skarsgard, as Pennywise, was just as good as he was in the previous film, except I do wish his character got a bit more screen time.  The real standout, in my opinion, was Bill Hader in the role of “Richie”.  Hader put on a well balanced performance that benefited from a more dynamic character in comparison to the others He was legitimately funny, and when the drama hit, he flipped the switch to pull at the heart strings a bit too. 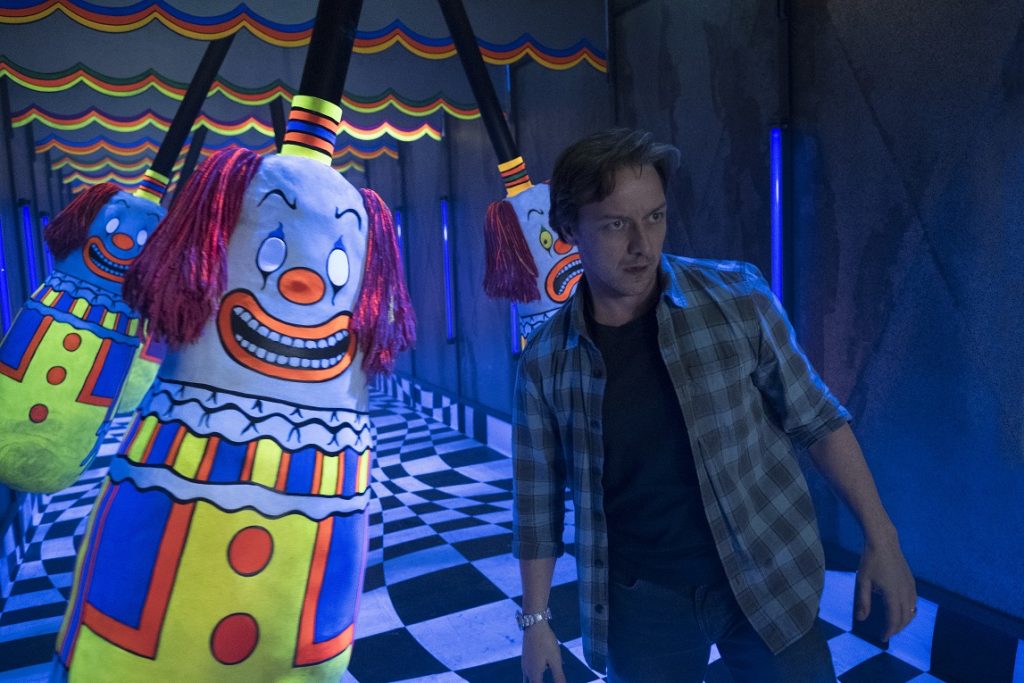 Aside from that, as a horror film, IT Chapter Two accomplished a few wins in the scare department.  One thing I greatly appreciated was how the film was able to subvert expectations given what audiences may have seen in the trailers. That “old lady scene” in the apartment was probably the most anticipated one that doesn’t go exactly how audiences may expect. The minor changes introduced in the scene were a nice touch to give us more than anticipated. Moreover, there appeared to be an honest effort in becoming more imaginative with the visual appearances of the ghouls, monsters or what have you. Lastly, I also thought that the film did a good job of creating a scary atmosphere that really enhanced the overall setting. There was an obvious homage to Nightmare on Elm Street franchise given how Pennywise was affecting the Losers’ Club, and much of that was achieved by establishing eerie locations/situations for to scare the characters.

The biggest disappointment was probably in how repetitive the movie became in a number of different areas. One example would be the rehashing of Bev’s abusive relationship with her father. The “perfume” scene only seemed to reinforce how creepy her father was, but we already got that message from the first film and through her relationship with her current husband. Another example of the insistent repetition came in the scare tactics used in the film. There were way too many “in your face” jump scares in my opinion. Most of the time, when a scary moment was about to happen, the horror would be flung directly at the screen as if this movie were meant to be a cheap 3D flick. It was disappointing that this director couldn’t find a more creative way to scare audiences rather than relying on that one trick pony. (Especially when he did a much better job of mixing it up in the previous film.) 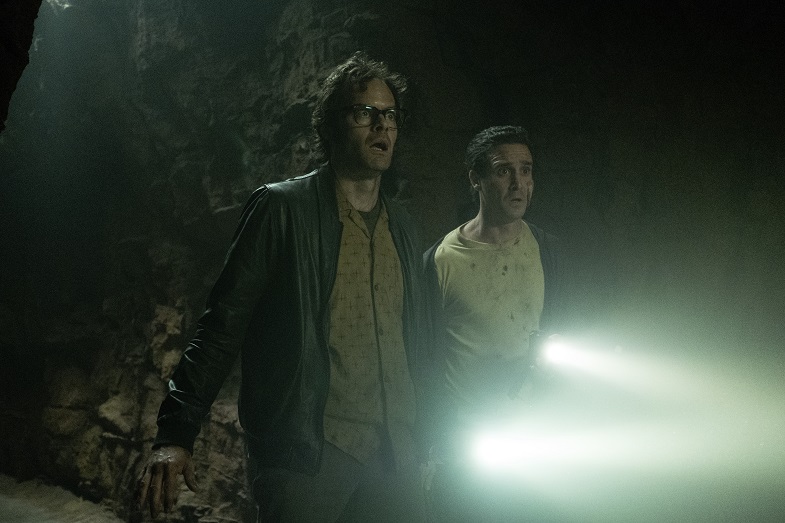 A minor, yet noticeable, issue with this film was probably in the timing of the comedic elements. I strongly believe that humor and horror do not hand in hand, and trying to balance the two is incredibly difficult. In this film, there are moments when the characters are in the middle of some intense scary moments, and its at that very time when one of them has to say something funny. At that very instance, any suspense, or tension built up early on instantly lost. All of the work that went into trying to get you on the edge of your seat with fear is also negated. There are good moments in the film when Hader’s character, for example, does deliver some great comedy, but having funny moments when it’s time to be scared is a huge misstep.

Lastly, this film was a bit too long for its own good. Oddly enough, the movie doesn’t feel too long as you’re viewing (which is actually a good thing.) However in hindsight, there were a couple of scenes that really didn’t serve to elevate the movie or characters. The editing could’ve been sharper with reducing some of the flashbacks for a start.  There are also some other moments in the film that probably could’ve easily been trimmed out to save for the deleted bonus scenes on the home media release. 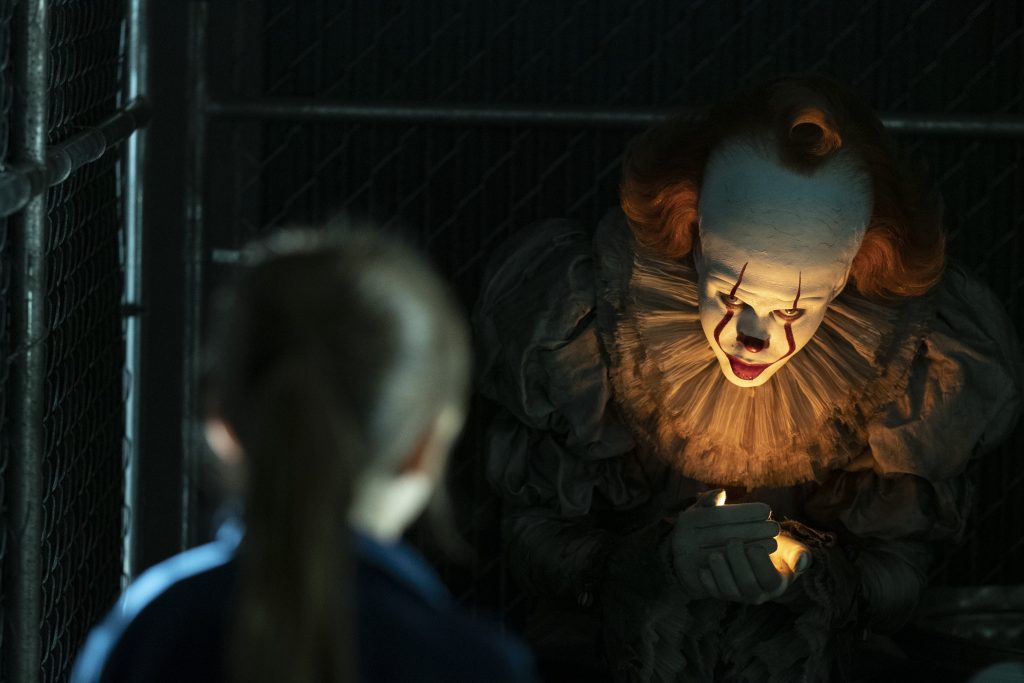 It Chapter Two fell victim to wearisome horror schemes that reduced this movie to being just another horror flick. The irony in this film is that there’s a running joke about hating the ending of a story. (Which is really a criticism about Stephen King) Well, I didn’t care for the ending of this film very much either so I guess that kinda worked itself out. End of the day, I think It Chapter Two was just fine as a typical horror movie that will come and go without any real lasting staying power. There was a lot of room for it to be better, but for those who don’t watch many horror films, this will be a satisfying watch. If you happened to watch the first movie (which is advised), then you’ll probably feel more compelled to watch this sequel. As a fan of the previous It (2017), I didn’t think this sequel surpassed its predecessor at all. Nevertheless, it’s still worth the watch in theaters. 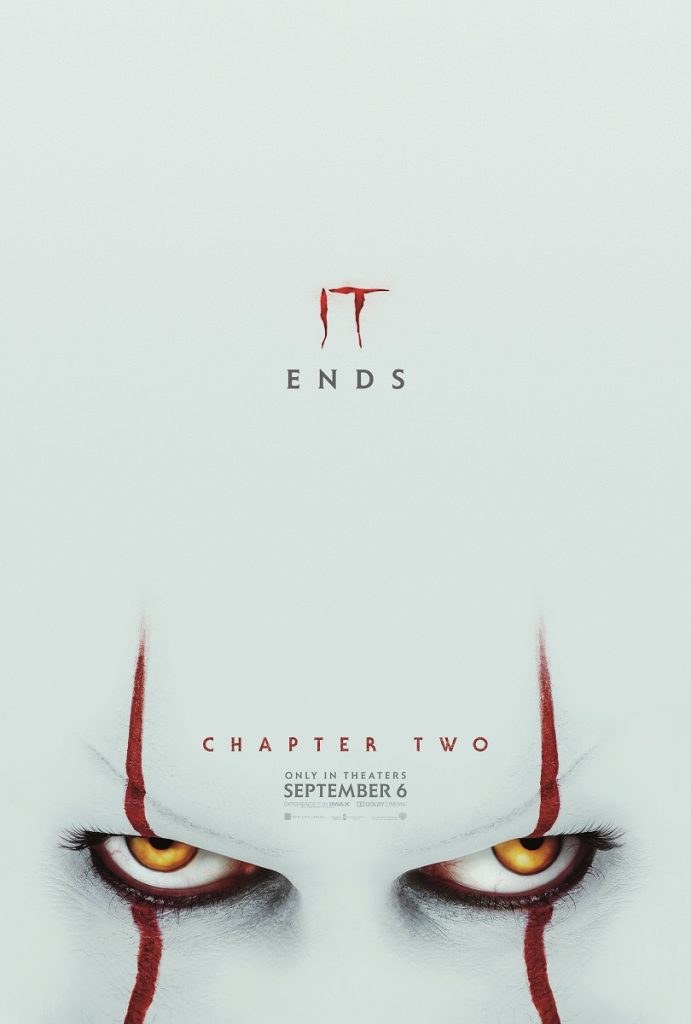