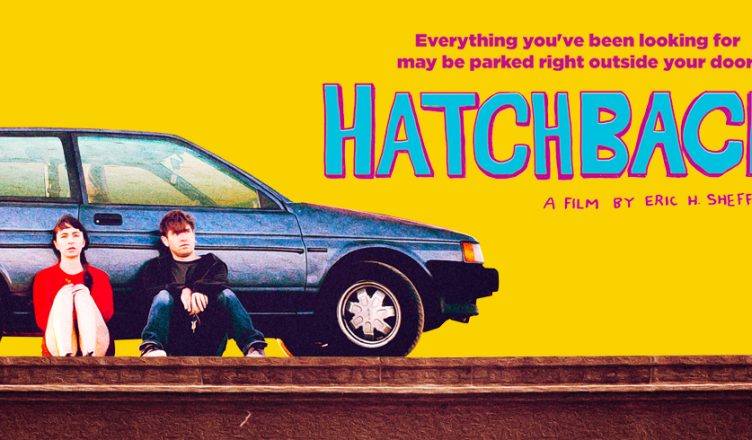 Turns out I was in a place where this is precisely what I had a hankering for. And I liked it.

I recently posed these questions to “Hatchback” Writer/Director Eric H. Sheffield, beginning with what moved him to make his movie.

What inspired you to tell the story of “Hatchback”?

Hatchback was inspired by a bad break up I had. My ex lived with me and when she moved out I found her living in her hatchback (similar make and model to the one in the film) on my block–we actually filmed it on the same section of street that she used to park on. We’d sit in her car and chat and it felt very cinematic. Also her dad went missing when she was 7 and was assumed to be dead. I always wondered where he was and what it would be like to try and find him. The apartment in the film was the apartment I was living in and most of the roommates in the film were based off roommates in real life. I took these different elements and some career anxiety I was having at the time and weaved them together based on what I had available to me. My ex actually ended up doing some production design for the film. She made all the drawings in the car. So much of the film is art imitating life and vice versa.

As one of the main characters doesn’t have a home, have you ever befriended a homeless person in your own life? What are your thoughts on the homeless?

I have befriended homeless people before and often they struck me as being quite normal. A lot of times we think of the homeless as these raving lunatic caricatures on the side of the road but in reality most homeless people go unnoticed–they stay clean and don’t try to stand out too much. I think that’s the big misconception. The reality is that there are all types of homeless people among us, many living in their cars and holding down jobs. Fern is this type of homeless person. She stays under the radar and works. Dr. Green is another homeless person who, although seems mentally ill, has a doctoral degree. She lives under a bridge but isn’t covered in dirt. She has a sense of pride about her. Homelessness for her is more of a choice than anything. She enjoys that lifestyle and feels confined by “normal” society. I think it’s important to explore these portrayals of homelessness so we are aware of the different nuances that exist. It’s important to thwart stereotypes of the less fortunate in order to understand and fight poverty.

Why do you make movies? What do you by and large want we as an audience to feel?

I make movies because it involves so many creative mediums and collaborations. It’s one of the only mediums where you can create a whole new reality–essentially play God in way, but also have the opportunity to work with other gifted craftspeople to make something unique. And of course I just enjoy storytelling. In a more specific sense I like to make audiences laugh but on a deeper level I think it has to do with empathy and shared emotions. I like stories that wrestle with the underlying existential dread and anxiety of the modern age. Laughter is the best way to let people know that “it’s all going to be okay.”

Give “Hatchback” a test drive. Chances are you’ll enjoy the ride.

"Hatchback": Good if you're in The Mood

Turns out I was in a place where this quirky rom-com is precisely what I had a hankering for.