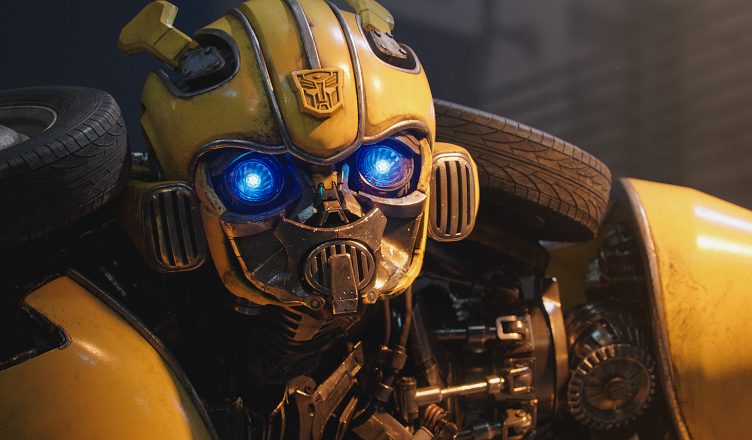 Taking place in the year 1987, where, on the run, Bumblebee finds refuge in a junkyard in a small Californian beach town. Charlie (Hailee Steinfeld), on the cusp of turning 18 and trying to find her place in the world, discovers Bumblebee, battle-scarred and broken. When Charlie revives him, she quickly learns this is no ordinary, yellow VW bug. In addition to Steinfeld, the film stars John Cena, Jorge Lendeborg Jr., John Ortiz, Jason Drucker, Pamela Adlon, and Stephen Schneider.

Let me start off with the absolute best part of this movie and that’s got to be the first 10 mins of the film. We’re given a slight and short lived view of, what I’d like to believe, a dream come true for a Transformers movie. The introduction takes place on Cybertron and the imagery is just everything. It’s action packed, and the characters are exactly how one would’ve hoped for them to look.

As a matter of fact, let’s talk a bit more about the character designs. We get a much more simplistic and back to basics design for the Transformers. Director Travis Knight made a brilliant decision to revert to the first generation style and look of the Transformers. That means less moving gears, more broad plating on the Transformers’ body and, best of all, brighter colors. The color design for the characters are so much more pleasing to the eye. Unlike the other Transformer movies, you can actually make out who’s who even during some of the fight scenes.

The star of this movie, Bumblebee, was pretty cool in this film too. What made his character so captivating was that he was able to transition from being a fun loving friend to a hard core action hero all in the same film. I thought one of his highlights came when he would just go over the top with his antics. You’ll definitely get a kick out Bumblebee’s pranks. Besides that, I thought Bumblebee’s fighting choreography was done pretty well too. Rather than having just a straight up shootout, Bumblebee’s fighting style was exceptional by exploiting the size differences between Bumblebee and his foes.

I absolutely loved how the Decepticons were depicted in this film. They were truly ruthless in every way. They only make you wonder how evil and maniacal their leader, Megatron will be.

The 80’s setting was well established throughout the film. Bumblebee’s song selection of classic 80’s songs and film references were quite humorous and well timed. Thankfully, the 80’s atmosphere was present but not over the top.

Hailee Steinfeld does a pretty good job co-starring in this film. On one hand, she gives a convincing performance given her character’s personal drama. I think the strength in her performance comes in her chemistry with Bumblebee. They both have some pretty heartwarming and tender moments that speak to their ever growing friendship.

I’m not going to hold this against the movie too bad, but I do feel as though too much of the story was devoted to Hailee Steinfeld’s character. It’s a common issue I’ve had with the past Transformers movies where they give the humans more focus than necessary. While this film certainly didn’t over emphasize the humans to an extreme level, I do think that they could’ve give Bumblebee a bit more attention. The movie felt more like a 50/50 split between Bumblebee and Steinfeld. I think that if you’re going to name the movie Bumblebee then you can at least give him a 70/30 or 60/40 split instead.

Another issue to note is that the movie is a bit stereotypical and a tad bit predictable when it comes to the drama. It’s not a major knock at the film, but the drama does feel more geared towards teens. That’s not to say that teen dramas are bad. It’s just that it comes off as very simplistic with its execution. For instance, Steinfeld’s Mean Girls adversaries are pretty cookie cutter, and so is the “dreamy cool guy” in the film. If you’ve watched any number of Disney Channel movies, this feels like it came right out of that medium.

Bumblebee is an incredibly nice breath of fresh air compared to the previous Transformers movies. If you have been scarred or turned off by the Michael Bay version of the franchise, then this movie is certainly a welcomed change of pace. I think this film will do nothing but give you so much hope for the future of the Transformers franchise IF they continue using a different director. I think different directors could be a better approach so that way we don’t get stuck with 5-6 movies of the same thing constantly disappointing fans after each sequel.  Plus, while I think the teen drama route wasn’t a terrible one, it’s not something I’d like to constantly see with future Transformer movies. Personally, I think a “Transformers: Cyberton” movie would be the ultimate fan flick come true, but only time will tell.

Now I should say, that Bumblebee does not have the same level of action as the other Transformer movies. It’s  probably 40% action, 40% drama and 20% comedy. You may notice that this movie has a very similar feel to a Steven Spielberg movie. There are even a few BFG easter eggs and a very familiar Indiana Jones-like scenes to highlight that. That makes sense given the fact that Spielberg is the executive producer for this movie.  Bumblebee is like a combination of Herbie the Love Bug movies + Iron Giant +  any Disney Channel teen drama.

Bumblebee makes for a pretty good watch in theaters. It’s a much more family oriented film that every can enjoy. The drama will be more appealing for teens and younger audiences, and the action will satisfy the biggest of Transformer fans. Feel free to enjoy Bumblebee in a local theater near you. 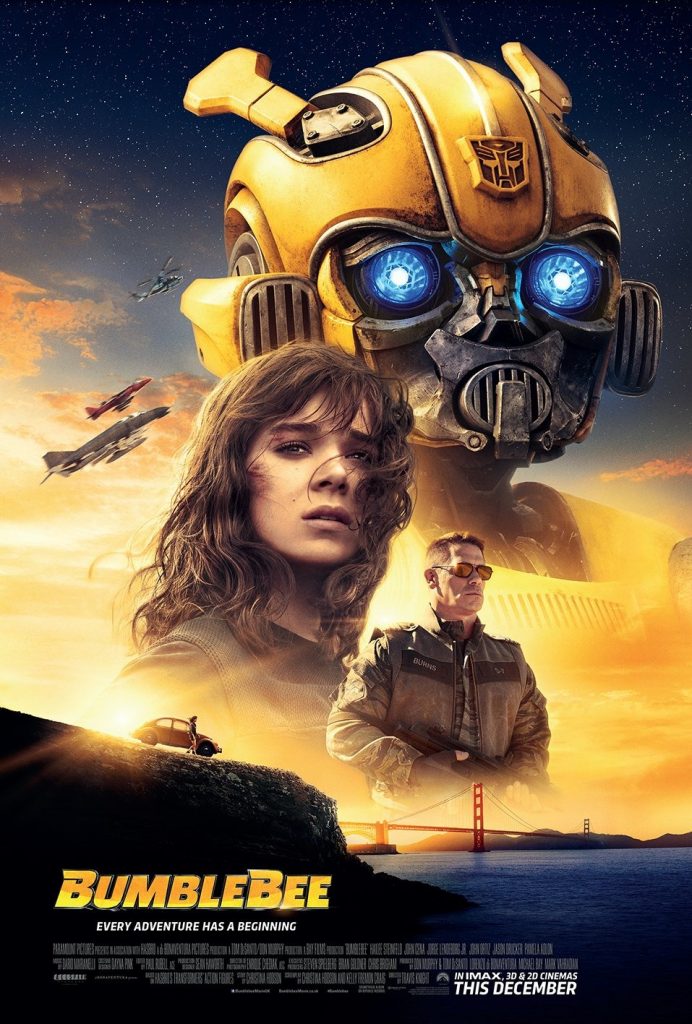