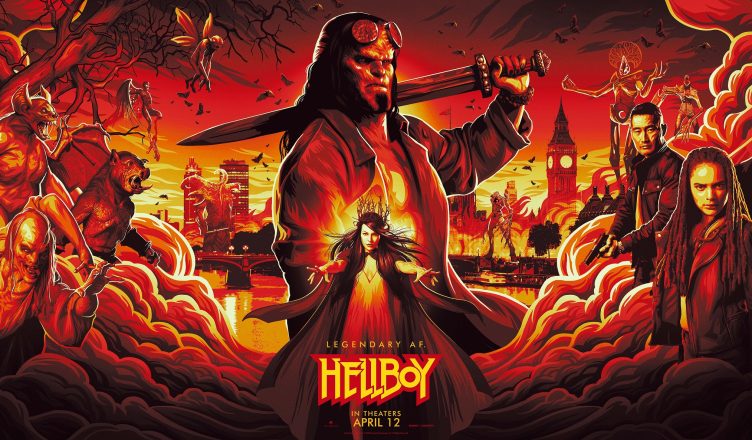 The Hellboy Trailer is out. For those unaware the trailer seemingly leaked online and forced Lionsgate to release the trailer officially. To this day, a couple of days later, the trailer is still tracking under a million views. Let’s take a look:

The trailer  is just really not what I expected. I remember the tone of the previous entries that were directed by Guillermo Del Toro and I guess I expected something similar. There are genuine attempts at humor in this trailer but I didn’t even chuckle a little. Also, the music in this trailer is not working with the imagery that they’re sharing. I don’t think I mind David Harbour in the role as he looks incredible as Hellboy but my apprehension is with his dialogue. I forget that he’s just a ‘child’ and that can help explain away his attitude and snark but it’s off-putting for those who are unaware.

I don’t know the current value or net worth of the Hellboy franchise on TheSquander.com  but I wonder what this might do to improve things. Are you looking forward to Hellboy? I was…