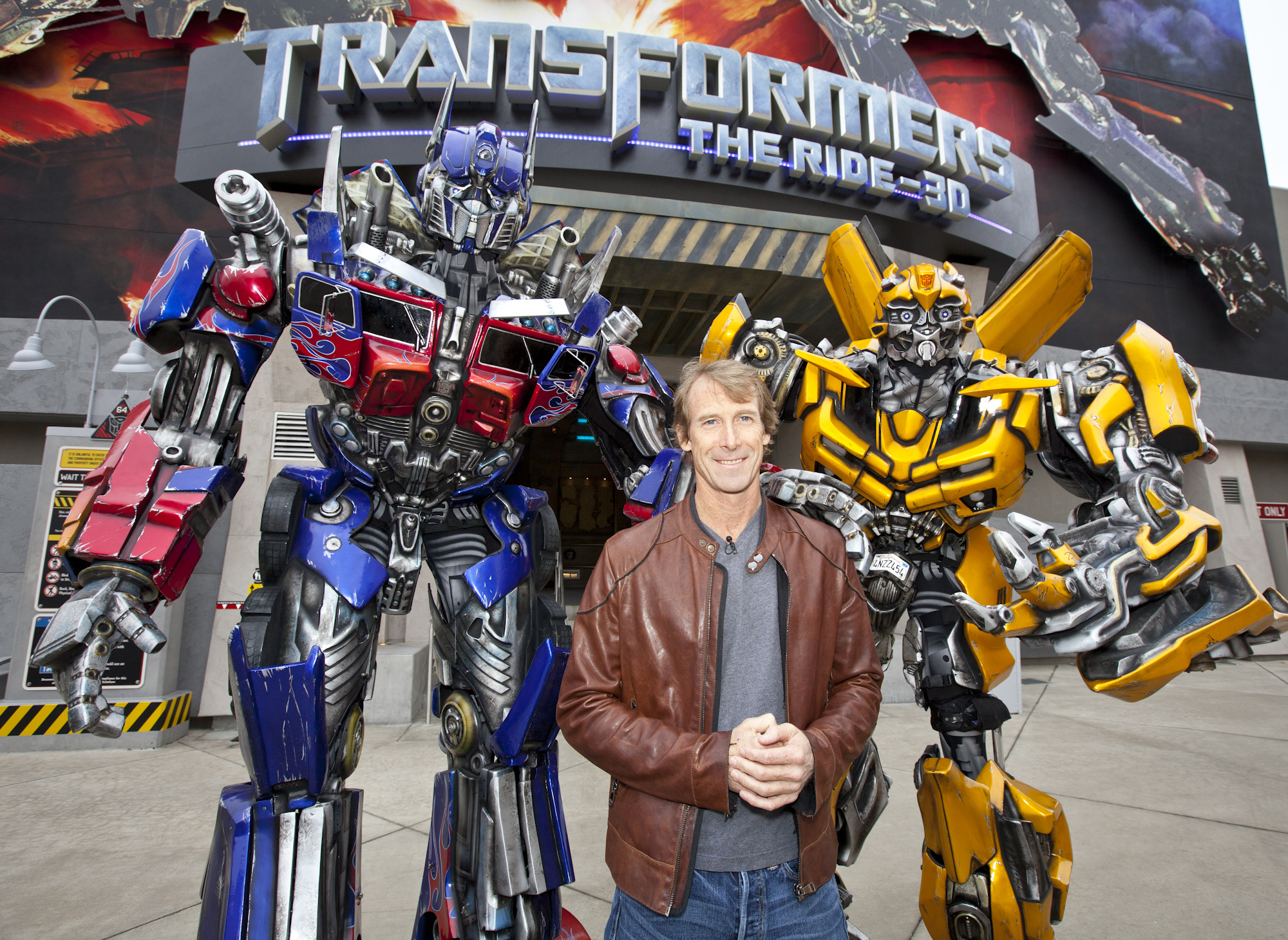 Michael Bay took time right before he enters production for the 4th entry of the Transformers film franchise to take in some sun and hop on the newly christened Transformers The Ride: 3D in Universal Studios Hollywood. He also recently slipped out some details toward his approach with the next film and the prospects of space travel for our favorite robots in disguise.

It’s not a reboot, that’s maybe the wrong word. I don’t want to say reboot because then people will think we’re doing a Spider-Man and starting from the beginning. We’re not. We’re taking the story that you’ve seen — the story we’ve told in three movies already — and we’re taking it in a new direction. But we’re leaving those three as the history. It all still counts. I met with the writer before I went off to do ‘Pain and Gain’ and we talked about a bunch of ideas. We let that simmer for a bit. He’s been thinking about stuff and now we’re getting back together next week to see what we’ve got and to see if it gels…
So does that mean Optimus Prime and the crew will be leaving Sam behind on Earth and venturing out into space?

I think so, yeah, a little. That feels like the way to go, doesn’t it? I want to go a little off but I don’t want to go too sci-fi. I still want to keep it grounded. That’s what works in these movies, that’s what makes it accessible.

Bay said the movie would have to be made for about $30 million less than Dark of the Moon (which Box Office Mojo has budgeted at $195 million so don’t expect it to be small) and that it would, once again, be his last:

Here’s the thing, it’s tough to find someone who’s done these kind of movies and to have the complication of creating the new stuff that needs to be in this movie – not just characters but a new type of action, I hope – and that’s a lot for someone new to bite off. And so after this one I will leave it in the best hands possible. That’s the plan.

Autobots in space? Eh? That sounds really good. Actually sounds like what the fans have been screaming for this entire time. Watch out tho Michael, every time you make an effort to give the fans what they want they find something else to complain about while they line up to see your films.