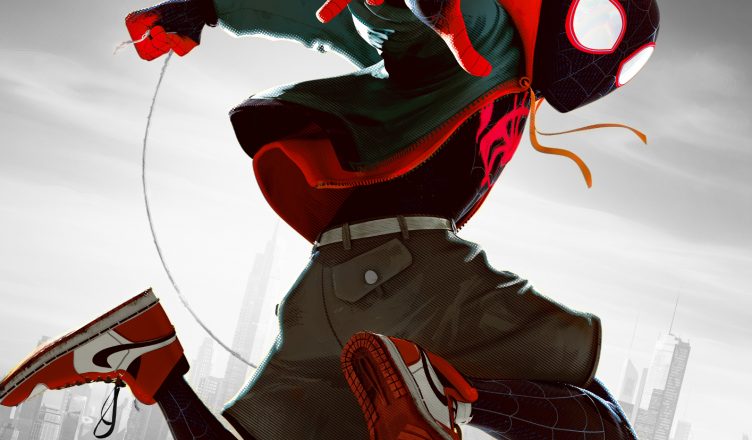 Into The Spider-Verse Review

SO I checked out Into The Spider-Verse last night and it was spot on with my expectations. I was a little off in my  theories in what the film would be about but I was genuinely happy with the final results. Into the Spider-verse is the cinematic introduction of Miles Morales into the Spider-Man mythos with an art style and soundtrack that differentiates itself from Spider-Man films that have come before. 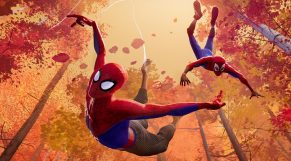 The story is for Into The Spider-Verse is so good! I had to re-write this review like three times just because the story is so rich and easy to rave about. The introduction to our heroes and their worlds is both clever and organic with some downright gut busting humor and eye catching imagery. I like Miles’ costume design and choices. I love the new origin for the character. I didn’t really have a problem with Miles’ spray painted Spider-Logo as I presumed it would likely represent an early iteration of Miles’ costume and I expect him to refine the look moving forward.

The music of the film is down right infetious. I had a feeling that the soundtrack would be decent but when you actually here the tracks within context of the film it really stands out. Biggie’s in the soundtrack. The use of a well known Biggie song for a Spider-Man who’s from Brooklyn is downright poetic. The songs from Nicki Minaj, Lil Wayne, Juice world and vocals from XXXTentacion are all welcome additions as well and will keep heads nodding for a while as they make their way to radio.

Into The Spider-Verse is longer than I expected. Felt like it was a full 2 hours. The time movie doesnt feel too short or too long which is a testament to the story, pacing, and direction of the Into The Spider-Verse. Into the Spider-Verse is a spider-man film for all spider-man fans. It goes out of its way to present itself as an unapologetic love letter to fans who have followed the character in media. There are winks and nods to a Spider-Man appearances in all sorts of media from cartoons to film. The only reference I wanted but didn’t see was a cameo of Spider-Man’s amazing friends but understandably there’s a bit of an issue with the rights to the characters. 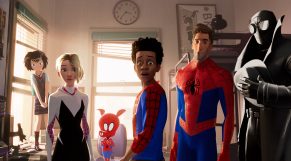 There’s a bit of a villain problem here. The Problem is that there are so many villains that it’s easy to lose track on who the primary villain is. I counted at least  5 prominent villains. Some have more of a presence than others but nevertheless it’s a lot. In fact, there are so many villains it’s really not clear on who the main villain is until well into the movie. I feel like that this confusion isn’t a big detriment since most of the film is devoted to the ascension of Miles as Spider-Man but nevertheless…

The art style is jarring and takes some getting used to. Some of the designs seem a bit wonky as a result. I just could not like the character design for the Kingpin no matter how hard I tried. Everyone else was pretty acceptable but man alive the Kingpin was just an eye sore. I saw this movie in 2D and I’m told 3D is the better experience and will give the movie a shot in 3D if true. I kept staring at Miles’ hair. Every time he took his mask off I couldn’t help but be drawn into how real it looked yet how well it blended with the art style.

There’s too-many spider-men, with too little to do, in too little time. We’re introduced to some cool looking characters that seem worth further exploration throughout the Spider-Verse movie but we don’t explore them. In fact, their appearances are mostly cameos for fan-service and gags. Seriously, I would have loved for their to be a bit more insight into the worlds of Spider-Man Noir or Spider-Ham but alas it’s not meant to be in this films… maybe in a sequel?

I wish there was a bit more for the supporting cast to do (Ganke!). We’re introduced to Miles’ parents but only Jefferson has a substantial role. Ganke seemed to appear in the movie but didn’t have any lines or impact on the film other than a quick gag. I wanted to see Miles confront his villains a bit more. His fights with the villains are there but only 1 interaction truly stands out.

I like how this movie has a good amount of Peter Parker but is certainly a film where he passes the baton to a protege. This could have easily been a Peter Parker movie in disguise but they avoided that problem by firmly making Peter a supporting character. There are times when the directors seem to tease the audience with Peter intending to assert himself into the central role. These moments crop up here and there and work toward answering the question of “Is Miles a worthy successor?”

Did I mention that I love the story?