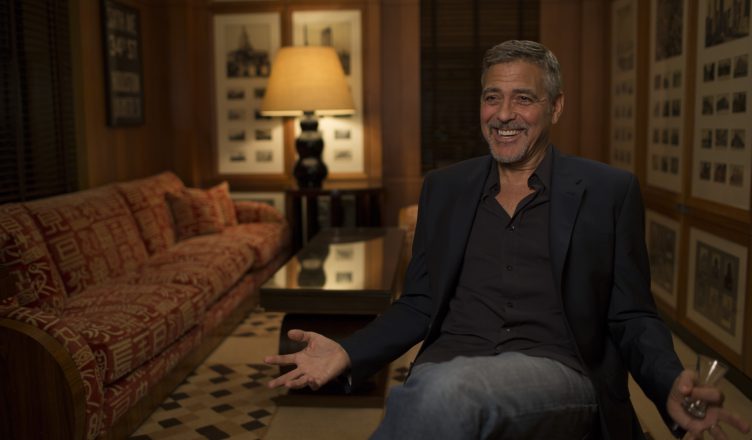 In Always at the Carlyle Matthew Miele’s documentary about New York City’s oasis of sophistication, glamour and civility, Jon Hamm says of the legendary Carlyle hotel, “If you’re staying here you feel like you’ve made it.” When the director asks him if he’s ever stayed there, Hamm concedes sheepishly, “I’ve never stayed here.”

The film, which had its world premiere Tuesday evening at the Paris Hotel, is a lively chronicle and celebration  of the 88-year-old hotel at 35 East 76th Street, which has been a palace of opulence and secrets for as long as it has existed.

“We never talk about our guests,” says a concierge in Always at the Carlyle . “They come here because it’s discrete.”

The hotel, designed in Art Deco style and  named after the Scottish essayist Thomas Carlyle, has been the preserve of presidents, royalty and popular legends.

Notably the Carlyle was John F. Kennedy’s New York White House, and his meeting place for a secret visit with Marilyn Monroe after she sang him Happy Birthday at Madison Square Garden. She was supposedly smuggled into his suite via a secret tunnel. (A longtime hotel confides in the film that he’s actually never seen this secret tunnel.) The President’s suite was used by him almost exclusively and the hotel  only gave it to other special guests after making a phone call to the White House for clearance.

The hotel’s cosseting of the rich and famous was presumably why Diana, Princess of Wales, made it her residence whenever she visited New York. Decades later Prince William and Kate Middleton chose to stay at the Carlyle when they made their inaugural visit to the Big Apple in 2014. In the film the hotel staff share their excitement at the memory of that historic event. A member of the concierge staff recalls hearing Prince William share how they chose the Carlyle because of his mother’s fondness for the hotel.

A hotel seamstress is seen in Always at the Carlyle embroidering the Prince’s initials on pillow cases with a special sewing machine. This is a service the hotel provides to all its guests to make them feel special. (At the after party as they were exiting, guests were given pillowcases with their initials on them, exactly as in the film.)

Piers Morgan, who was reporting at the hotel the day William and Kate arrived said in Always at the Carlyle, “New Yorkers, in particular, tend to be very sanguine about the royals until they’re actually near them, and then like everybody else in the world they go completely bonkers.”

Just as his father made the hotel his go-to place, John F. Kennedy, Jr., who lived around the corner, often stopped by to eat breakfast, always at the same table; he ate his last breakfast there before his plane crashed.

Harry S. Truman became the first president to visit the Carlyle and then each of his successors through Bill Clinton were to follow. Tommy Rowles, the legendary bartender who worked at the Carlyle for 53 years until he retired in 2012, recalls that he nearly lost his job serving Truman a drink when the hotel manager overheard him addressing the President by his first name. Rowles’s job was saved when the down-to-earth president insisted that he told the bartender to address him as “Harry.”

Murals of Madeline in Central Park painted by Ludwig Bemelmans decorate the bar which is named after the artist. The hotel is worth a visit just to take in these gorgeous walls.

One of my favorite memories of the Carlyle is attending an after party for the 2015 film “A Very Murray Christmas,” set in the Carlyle and Bemelmans Bar, where Murray performed. (http://www.reellifewithjane.com/2015/12/bill-murray-a-very-murray-christmas-premiere-netflix/). The acoustics of the Cafe and Bar at the hotel seem to accentuate a silky sound although that could be as much because of the atmosphere than anything else.

Hollywood royalty Joanne Woodward and Paul Newman made it a regular haunt. They often stopped by for a light evening meal, where Newman often ordered salad but created his own dressing, experimenting at the table with his own concoctions. A hotel staff member joked that he  like to think the hotel had some hand in inspiring the salad dressings the actor later so successfully marketed.

The consensus of opinion among the hotel employees interviewed in the film is that George Clooney is their favorite celebrity guest. The actor pops up in the film to recount his own memories of stays and how he turned wife Amal on the hotel’s many charms so that she too made it one of her favorites. The film is nothing if not a reverential look at the hotel steeped in nostalgia.

There’s also some wonderful archival video of Jack Nicholson coming-and-going into the hotel chatting with employees and signing autographs for waiting throngs of fans.

Emblematic of history, romance and scandal, the hotel has old world charm that is almost now extinct.

“You feel like you’re stepping back in time,” says director Wes Anderson in the doc, before noting that he made a movie about a hotel, “The Grand Budapest Hotel,” which may have been inspired by the Carlyle.

The Carlyle may have the happiest hotel staff on the planet. The elevator doorman who pushes buttons all day — the hotel has one of the few remaining manually operated elevators in the city — makes it look like the best job on the planet. And why not? There’s an ever-changing parade of fascinating people he interacts with all day.

Piers Morgan reminisces that the most famous elevator ride in history took place in the hotel: “Princes Diana, Michael Jackson and Steve Jobs all at the same time.”

The former Vanity Fair editor Graydon Carter recalls visiting Hunter S. Thompson at the hotel: “He had a bottle of scotch, a bowl of cereal and bowl of cocaine.”

As to whether this is true, a hotel staff member refuses to comment.

The hotel shines most famously on the theatrical-cabaret axis with its musical talent. The larger-than-life performer Elaine Stritch did her farewell show in the Cafe Carlyle in 2013. And of course nobody was more closely identified with the hotel than Bobby Short, whose silky voice rendered  Cole Porter and George Gershwin standards beautifully there from 1968 to 2004.

There is a glancing look only at Woody Allen, who has played jazz clarinet in the Cafe Carlyle nearly every Monday night for two decades.

After the movie’s premiere, guests drifted to (where else?) the Carlyle for the swanky after party. Among the celebrity guests I spotted Christine Brinkley with her daughters Sailor and Alexa Ray Joel, Susan Lucci, Lynn Wyatt, Jill Kargman, Judith Light, Iris Apfel and David Johansen, swanning among the haunting black-and-white Harry Benson photographs of eminent guests — dead and alive —who have stayed there, including John Kennedy, Marilyn Monroe and several of the Beatles.

The hotel manages to stay just as relevant today as ever. Blocks from the Metropolitan Museum the hotel is a preferred destination for celebrities to prep for the famous Met ball. Seen exiting Carlyle doors last week headed for the gala were celebs Kendall Jenner and Shailene Woodley.

Summing up the hotel’s allure, says Naomi Campbell getting in the last word in the doc: “It’s magic, magic always at the Carlyle.”