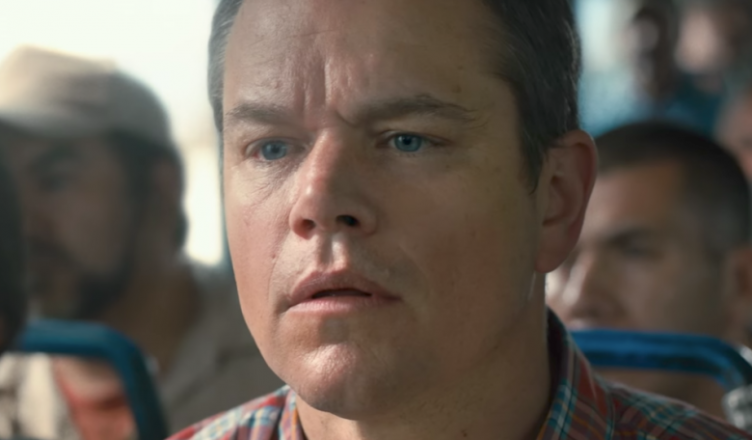 Matt Damon takes on the role of a man going through a mid-life crisis trying to figure out his purpose in life. Part of that journey begins with the new innovation of downsizing. With this new lease on life, his perception on life begins to change.

Right off the bat, probably the most intriguing aspect of Downsizing is going to be found in its original concept.  There was so much wonder drawn about in the beginning of the film through the actual process of downsizing. Best of all, the film’s plot sought out to explore the various areas of society in which downsizing could affect in various ways.

When it came to acting performances I think the two characters that stuck out the most were probably Hong Chau and Christoph Waltz. Both characters felt like surprising addition that got interjected into the movie during the second half. I would probably say that the supporting cast may have actually overshadowed Matt Damon’s lead character as well.

It’s never a good sign when the lead character become the least interesting character in a movie. I don’t blame Matt Damon’s acting as much as  I do his character overall. It could just be the fact that the writing of this story had simply failed his character. While we are supposed to follow his character on this personal journey, it just becomes disengaging the longer the film goes on.

That brings me to the biggest problem with this movie which is the shift in the plot. We’re drawn into the film thinking that we were going to explore the issues and effects of people opting to downsize themselves. The movie only grazes on some of those aspects when it came to personal relationships, economics, and more. Then the film does a complete 180 into a different direction.

It’s not a horrible thing if a movie were to change direction and take the audience down a different path. It is a horrible thing when that path is equivalent to a Nightmare on Elm’s Street. The new story was so boring that it felt like I was watching a horror film. I couldn’t count how many times I looked at the time wishing for the movie to end.

Unfortunately, there wasn’t very much that the cinematography could do to make this film more unique. We’ve seen shrunken people before in a number of other films. I don’t think they really did much else except to utilize recognizable props to emphasize how small the people were who got downsized.

Downsizing was simply just not a good movie, in my opinion. I wanted it to be good mainly because the concept seemed really original. If you really just want to watch the first 45 minutes of the movie, then I think you’ll be especially pleased. But the rest of the hr and half is just not worth the time in my opinion. That isn’t to say you shouldn’t watch the movie at all. The main caveat I would say is that you have to go in with extremely low expectations, and VERY open mind, and be extremely forgiving. This movie could’ve been so much better than it was, but it just wasn’t. 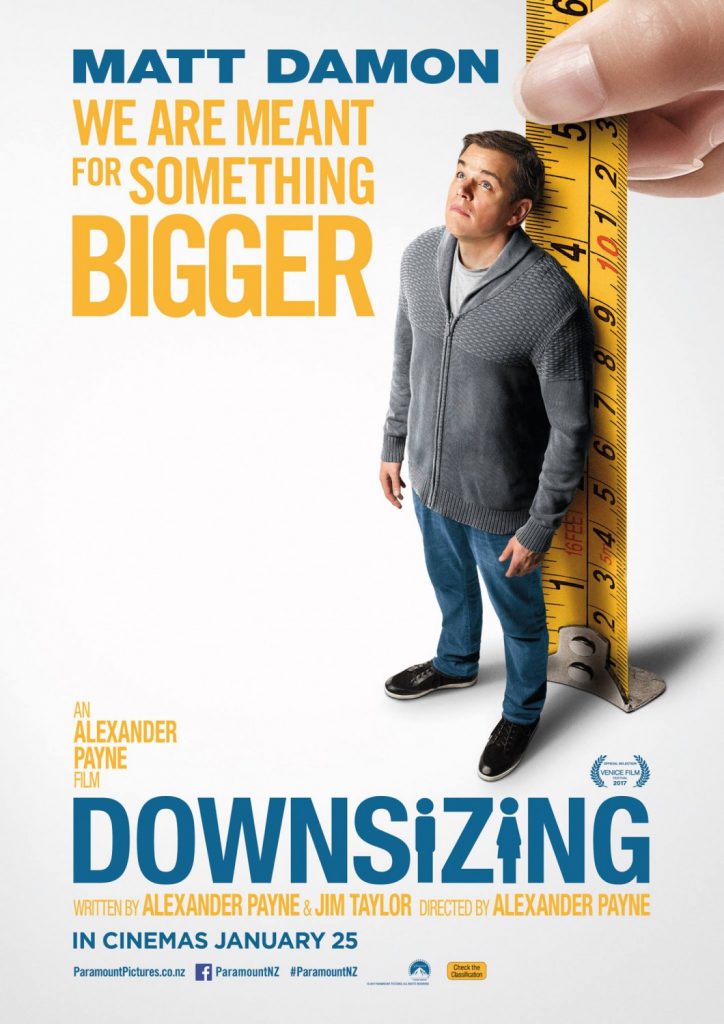