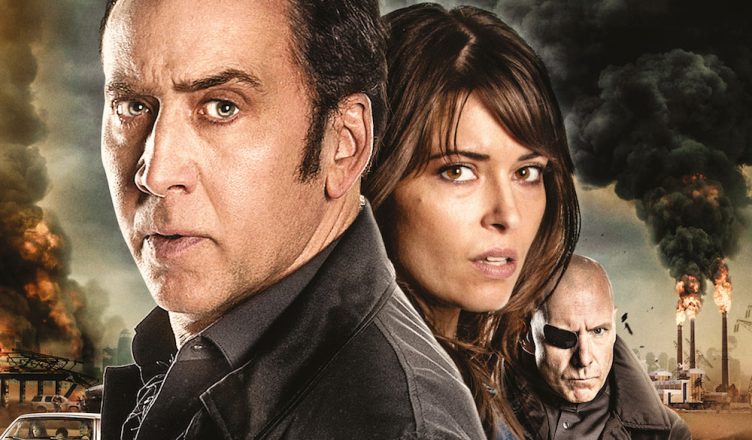 I used to love Nicolas Cage movies in the 90’s and early 2000’s. These days… not so much. Cage went through a bit of a rough patch with the tax man a few years ago and somehow it affected his film selection. Things got so weird that he went from headlining major releases to appearing in direct to video stuff. Cage is still a brilliant actor and his movies can still be fun when given a chance which brings us to The Humanity Bureau. 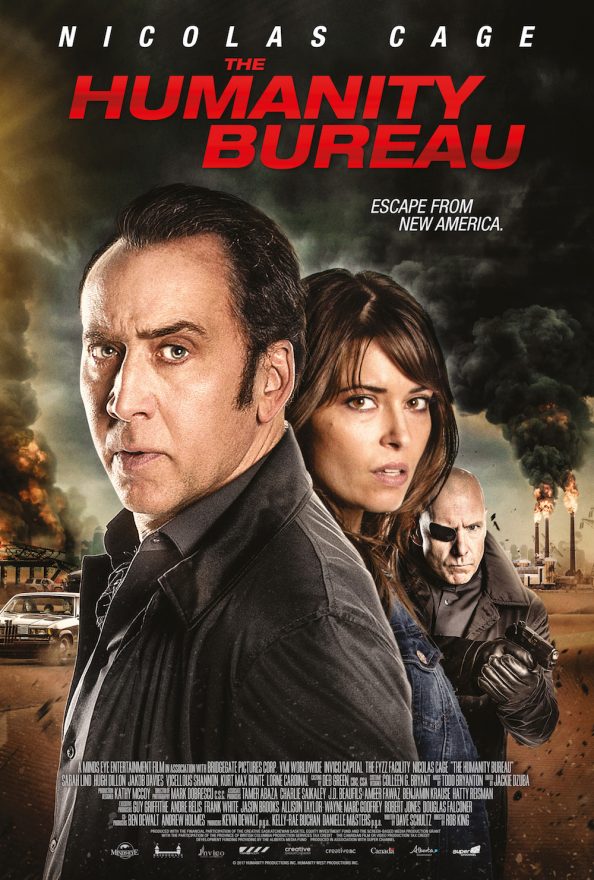 The story is set in the near future with global warming wreaking havoc in parts of the American Midwest. In its attempt to take hold of the economic recession, a government agency called The Humanity Bureau exiles members of society deemed unproductive and banishes them to a colony known as New Eden.

Cage plays an ambitious and impartial caseworker who sets out to save the lives of Rachel Weller (Sarah Lind) and her child Lucas (Jakob Davies), while exposing the truth about the bureau’s secrets. Hugh Dillon also stars as a villainous Humanity Bureau Officer.

The Humanity Bureau VRevolution is based on the feature film written by Dave Schultz and Travis Cloyd. Directed by Rob W. King and Josh Courtney, it is a scripted narrative VR experience produced by Cloyd, Courtney and Rob Bryanton. This experience takes the user through alternative storylines that co-exist with the feature film, but can be viewed as standalone episodes. The VR experience will be released one month ahead of the film’s theatrical debut.

I’m super interested in the different formats to see what surprises are in store for VR. I’ll keep an eye on this one but don’t hold your breath on a review unless we can twist some arms over at Mind’s Eye.