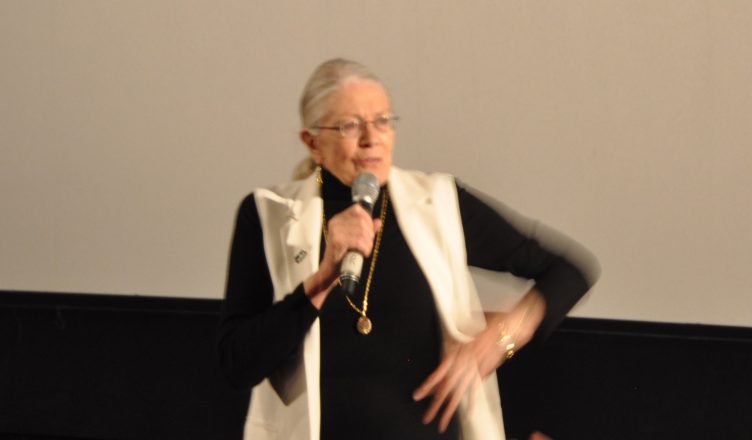 In her directorial debut after a lengthy career as a much-lauded actress, Academy Award winner Vanessa Redgrave takes on a cause near and dear to her heart in “Sea Sorrow.” That cause is trying to alleviate the refugee crisis affecting Europe right now, with displaced persons—many of them unaccompanied children—streaming in, 70 new people a day at a camp called Jungle Camp in Calais.

Of those numbers, 800 are children with 387 of them eligible to join relatives in the country to which they fled, but bureaucratic indifference or actual opposition dooming progress. Only Greece seems to be trying to set an example for the rest of the world, although Germany’s Angela Merkle also has done much to help and Canada’s Justin Trudeau was also singled out for praise. Donald J. Trump has proposed numerous travel bans and seems to have no core moral philosophy guiding his “executive decrees,” [other than to build a wall against Mexico and ban travelers from other lands.] Trump was not mentioned by name in the documentary, which, instead, interviewed the refugees in the camps and spoke with those working hard against overwhelming odds to try to help them. The entire message of the 74-minute documentary could be summed up this way, “There, but for the grace of God, go I.”

Early estimates of the numbers of unaccompanied children entering the country in countries like Greece, Italy, Calais (France), and Dunkirk were 26,000, but more accurate surveying revealed that the number was really closer to 95,000.  Redgrave urges, “Bring back the idea that we’re all humanity.” Jemma Redgrave (actress) is shown saying, “I find it unbearable that there are children living in camps who are denied any assistance.  We have to stand up as parents and human beings and not accept the appalling status quo.”

Redgrave hopes Sea Sorrow will educate a generation and a half to the existing mandates, written and adopted after World War II, to stand up for human rights. There is a film clip of Eleanor Roosevelt addressing the United Nations during the 1945 Declaration of Human Rights, issued after the defeat of Fascism. Sea Sorrow comments on the European Convention on Human Rights (UNHCR, 1951) and the 1989 Rights of the Child legislation, all of which, she said, are being ignored.

It is Redgrave’s feeling that the battle must be won through the courts, using these existing pieces of legislation to force nations that have become insular and unwilling to accept these displaced populations, to do the right thing and help unaccompanied orphans and children streaming into Europe, as well as the entire families who are fleeing for their lives. Precautions against the entry of terrorists are, of course, implicit and already in place in most countries, but the lives of innocent men, women and children are on the line.

Not only Redgrave, but House of Lords member Lord Dubs, whose own history goes back to World War II when his parents escaped the Nazis, gave the shocked audience actual data on the crisis. It was originally thought there were 26,000 unaccompanied minor children, but the real number turned out to be closer to 96,000 and 10,000 of these poor souls have completely disappeared. 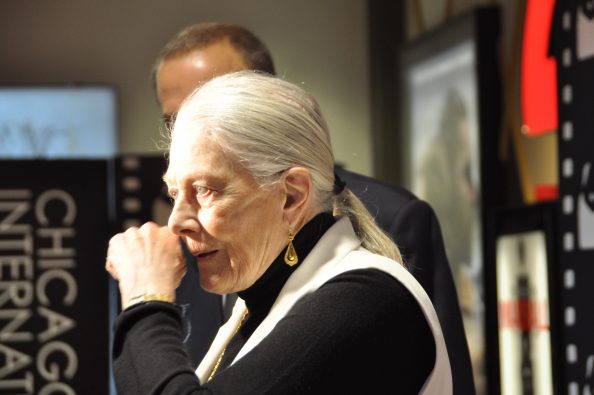 When you hear stories like that of 22-year-old Hamidi, who fled Afghanistan after witnessing the murder of both his mother and his father right in front of him (he was also shot as he fled), who walked 3 months on foot with $8,000 Euros gathered from friends and relatives to finance the trip and then was loaded onto a boat meant for 40 with 80 souls (Twelve fell overboard or died on the boat), you realize that his story has been repeated thousands of times.  Another young boy spent 11 hours on a boat to Bari; it took him 2 months to flee from Tripoli.

These people are desperate and are treated very poorly and inaccurately by mainstream media, according to Carlo Nero. Of the 86% of refugees who entered the UK, the United Kingdom provides support for less than 1%. The words on the base of the Statue of Liberty (“Give me your tired, your poor, the wretched refuse of your teeming shore. I lift my lamp beside the Golden Door.”) have gone out the window in the U.S., along with common human decency to our own United States citizens in many places (Puerto Rico, Charlottesville, et. al.) under the Trump administration. Be careful in screening immigrants, yes, but push for the equality and dignity of defenseless refugees fleeing death and destruction in their native lands.

The opportunities for human trafficking and other such misdeeds at camp’s like Calais, France’s The Jungle are high. “Bring back the idea that we’re all humanity,” pleads Redgrave, and one short clip gives a little bit of her own childhood remembrance of the burning of the Coventry Cathedral during the blitz. (November 14, 1940, when she was just 3). She still has nightmares about approaching fire.

The biggest injustice, it seemed, was that, of the 378 children in the Calais camp known as “The Jungle” (which was torn down in October of this year), 178 had relatives who would have taken them in, under the terms of the Dublin Treaty. Said Redgrave, “It is simply a matter of political will.”

Rallies were shown with touching scenes of young refugees thanking their rescuers while wearing shirts with the message “Choose Love.” Seventy new people a day join their ranks. Said Redgrave, “They are brave young people with real courage.” No one denies the need for security precautions, but common human decency is also necessary.

We learn some of the history of why Redgrave feels so passionately about this cause and why Lord Dubs has thrown in his own efforts to assist her. An old copy of the newspaper the Manchester Guardian  dated 1938 is read by film star Emma Thompson, in which average citizens write in saying they are ready, willing and able to help. Why won’t our government let us help? (Most notably E. Sylvia Pankhurst of Essex wrote, who willingly would have taken some of the refugees that were spirited out of Germany during the Holocaust in an operation known as Kindertransport.) Redgrave mused on “The Diary of Anne Frank.” The young Jewish teenaged girl who lived in hiding from the Nazis for two years in Amsterdam yet wrote, “In spite of everything, I still believe people are basically good.”

Redgrave’s feeling:  “You’ve got to litigate.  The courts are ruling every single time that the government is wrong, but the government appeals.  And that’s where we are…We people can change things, but we’ve got some very hard work to do. None of us should feel hopeless. You have to get groups of them and say, ‘This is wrong and we’re going to do everything we can to change it.’”

No stranger to controversy following her Oscar acceptance speech in 1978, her attempt(s) to do good here will, no doubt, incite further controversy, but her message, with 10 people dying a day, was, “The Greek people are showing the world how to help fellow human beings.  Now, we have to tell our governments they have to step in.” She urged a common European policy be adopted.

There are some sad stories with happy endings, like that of 14-year-old David from Eritrea, whose parents both drowned on their way to Italy. He spent 9 months in Rome until the group Safe Passage found his Aunt in England and he was allowed to go live with her. “These are inspirational people and a lot of them are young people,” said Redgrave, of the volunteers. She, at 80, said she is willing to go with Sea Sorrow to colleges and elsewhere to help spread the word about the refugee crisis and to let a whole generation know about human rights law that is currently being ignored and violated.

Sea Sorrow’s title comes not only from the harrowing scenes of boatloads of refugees (and even the famous photo of a young two-year-old boy, drowned, dead on the beach in Greece that stunned the world) arriving and being helped ashore by the Greek officials, but from Shakespeare’s play “The Tempest.”

At the end of Sea Sorrow actor  Ralph Fiennes reads the scene from Shakespeare’s “The Tempest” where Prospero is speaking to Miranda about how they were “Hurried them upon a boat—a rotten carcass of a boat.”

“How came we ashore?” asks Miranda.

“By Providence Divine. Sit still and hear the rest of our Sea Sorrow.”