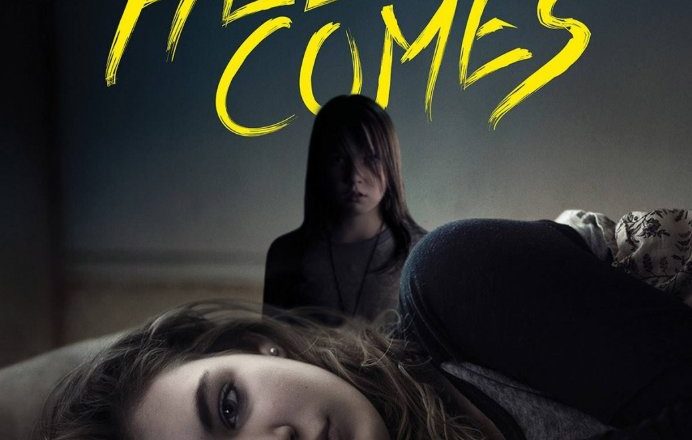 WAIT TILL HELEN COMES HOME: Based on the 30 Year  Best Selling Young Adult Novel  WAIT TILL HELEN COMES, an ongoing USA school curriculum book selection. When a reconstructed family moves to a converted church in the country, 14-year old Molly, must save her new troubled step-sister from a dangerous relationship with the desperate ghost of a young girl. 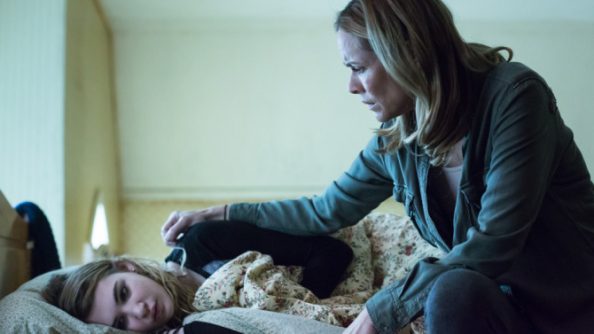 Anytime a family in a movie goes from living in a big city to a country house, particularly an old church, in the middle of nowhere, you know it’s going to be creepy. This is no exception.  Wait Till Helen Comes is based on a book of the same name written by Mary Downing Hahn, first published in 1986.  I can’t believe I’d never heard of it.  In any event, this movie was a fresh take on the ghost stories.  Lately the ghost stories that have come out have been evil and menacing i.e. The Conjuring movies, the Insidious movies, Sinister.  Don’t get me wrong, as a horror buff I love evil and menacing but some movies are not for everyone.  Wait Till Helen Comes is a great way to introduce a pre-teen to the horror genre.  I should also mention that I enjoyed it too and I’m way past pre-teen age.  The acting was really good.  All the kids in the movie took on their roles very well.  Sophie Nelisse who played Molly was believable as the troubled older sibling in a blended family who tries to help the younger sibling Heather, played by Sophie’s real life sister Isabelle Nelisse.  Heather was troubled and it was understandable.  She had gone through a lot in her young years with losing her mother and spending time in a group home.  But when she meets Helen’s ghost, that’s when things really get out of hand.  Helen is lonely and wants to keep Heather for herself, in her world.  Heather goes right along with the friendship with Helen because she too is lonely and feels that Helen is the only one who understands her.  There aren’t any real jump scare scenes in this flick so not super scary.  It is creepy though so it still gives you the thrill of seeing a horror movie.

This movie felt less like it should be on the big screen and more like it should be a made for TV movie on ABC Family (sorry, it’s Freeform now). There were some things that were a mystery to me.  For instance, the little girl in the missing poster, did the ghost of Helen “take” her or was she just some random missing girl?  Also, they mentioned Molly’s dad a few times and insinuated that he had some sort of mental problem in which he saw visions.  It seemed Molly was taking pills to combat these same problems, maybe prevention of them, but that was not made too clear.

An entertaining, spooky ghost story. Really good story and characters.  A TV movie at best though but, still, is worth the watch.