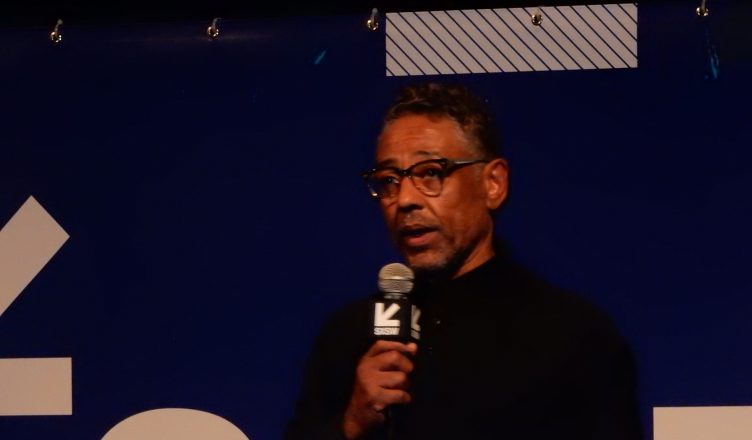 THIS IS YOUR DEATH

“This Is Your Death” is an unsettling look at reality television, where a disturbing game show emerges that has its contestants ending their lives for the public’s enjoyment. Director Giancarlo Esposito, who also plays the key role of Mason Washington in the film, worked on the film for 7 years, saying, “I didn’t want it to be just a sensationalistic piece, so it took me a long time to get it right.”

As the film opens, Josh Duhamel as a Bachelor style game show host named Adam Rogers, is presiding over the final moments when the groom will select one of several wedding gown-clad contestants to marry onscreen. Unfortunately, one of the rejected brides pulls a gun, kills the winning contestant, shoots the groom and commits suicide. All of this happens on live TV, with everyone completely stunned and chaos ensuing. The ratings go through the roof.

Josh’s boss, Ilana Katz (Famke Janssen) immediately sees the possibilities in a show that would feature a different contestant willingly ending their life each week, with the cameras capturing it. At first, Adam (Josh Duhamel) finds the idea as barbaric as his sister, Karina (Sarah Wayne Callies of “Prison Break” and “The Walking Dead”) does, saying, “I just watched two people die in front of me. I prefer not to see any more of that. I’m done exploiting people for the sake of ratings.”

As time goes by, Adam begins to consider whether the show could be structured in such a way that the suicide of each contestant might do some good. Adam approaches his boss (Famke as Ilana) and they work out the details of a game show that would have the audience phoning in contributions to go to the family of the dead contestant, with an amount to be matched by the station. In this way, Adam justifies going forward with “This Is Your Death” as a game show. He says, to Ilana, about his change of heart, “You need ratings. I need a platform, and it’ll probably get us both fired.”

As a commentary on today’s society, however, Esposito and screenwriters Noah Pink and Kenny Yakkel wanted to examine what is going on in the country and the world right now. In the process of helming this barbaric game show with a Machiavellian sense that the end justifies the means, Adam begins to lose sight of what is truly important in life. His co-producer, played by Caitlin Fitzgerald (Mrs. Masters on “Masters & Johnson”) as Sylvia, is dead-set against the project, but is contractually obligated to the station to perform production duties on the show.

One thing that the lawyers make very clear during pre-planning discussions is that no one at the station can, in any way, aid or abet the contestant who seeks to kill himself or herself. If they were to provide the gun, for instance, they could be found criminally liable. Professional(s) are also engaged to counsel those who answer the audition calls—all of them people in dire straits who feel they have no reason to live, but have loved ones they want to take care of by securing the cash prize. It’s all very Dr. Kevorkian-ish (and we know what happened to him).

The on-air deaths include an electrocution, a Samurai style seppuku (Japanese ritual suicide by disembowelment), an asphyxiation, a death by carbon monoxide, a death that closely resembles the actual executions of prisoners,( with injections to stop the heart and a hospital-style gurney front and center) and plans for a hanging and for one contestant to blow himself up. The suicides take place at the actual studio, although film footage of a train is displayed as a backdrop for the proposed explosion.

Giancarlo Esposito (now a resident of Austin) shared that he shot in Vancouver with Director of Photography Paul Mitchnick of Ontario. He became very close to the cameraman.   “We drew our own storyboards and we had a lot of laughs at our drawings,” said the seasoned actor/director.

Esposito, who has been acting his whole life and played Gus on “Breaking Bad,” wanted the look of Adam (Josh Duhamel) coming down the stairs as the game show host to resemble “A Face in the Crowd” and this was facilitated by Production Designer James Robbins.   “That’s what I wanted to catch your eye,” he said. Esposito noted that they used the CBC studio in British Columbia for the set with its red and blue color schematic.

As to his motivation for making a film about such a macabre, barbaric subject, Esposito said, “I wanted to take a look at our society and what is going on right now. I wanted to focus our attention on where it needs to be focused today. I made this out of a pure investigation of what’s going on now. To tell stories in moving pictures is a real gift, but to have people see and relate to those moving pictures is also a real gift.” The director said, “There is a desperate rage festering in this country.” He commented that he was able to relate to his character of Mason Washington, a man with a loving family who lost his job selling appliances after 30 years and seems unemployable anywhere, despite his willingness to take any job, no matter how humble. He is now five months behind with the bank and his wife and children—one of whom is handicapped in the same fashion as the character of the son in “Breaking Bad”—are his main concern. He becomes willing to pay any price to insure that they are able to have the kind of safe, secure childhood that he, himself, did not have.

Asked by the audience about other similarly-themed films and their influence on this film, Esposito mentioned, again, the glorification of violence current in our society. The 59-year-old Esposito cited “Network,” “A Face in the Crowd,” “Running Man” and “The Best Years of Our Lives” as films that mean something to him, personally. He did not respond to the questioner’s mention of “Death Race 2000” as a similarly themed movie. Some might have mentioned the entire “The Hunger Games” trilogy, or the recent “Purge” films.

One of the best things about the film is Esposito, himself, in the role of Mason Washington. He makes the character totally believable and realistic. Supporting performances by his onscreen sister and boss are equally good. The “deaths” are handled more sensitively than they could have been. In other words, you’re not watching “Saw.”

Josh Duhamel, the lead role as Adam Rogers, is a good-looking man. In his youth, he and Ashton Kutcher once competed for a modeling contract that Duhamel won over Kutcher. Since then, both have gone into acting, and both seem to be better at modeling than at acting. I didn’t totally buy in to Adam Rogers’ final scenes, and I kept wishing that an actor as good as Esposito was handling that part. Also, the character motivation of Sylvia, the producer of the show, is murky. At one point, she sleeps with Adam Rogers, dismissing it as a drunken act. She seems to like Adam’s sister, Karina. She seems like a nice and moral person, and I understood that she wanted to bring home to Adam the seriousness of his seduction-by-ratings. However, the manner in which she goes about reining Adam in is seriously medieval. As you leave the theater, you think, “Well, THAT guy’s entire life was just destroyed” and you wonder why such a seemingly nice and supportive producing partner would go as far as she does to make her point. For me, it was “a bridge too far.” I can’t be more specific without ruining the film’s plot, so just ask yourself, if you see the movie, whether you think Caitlin Fitzgerald (as Sylvia) could have gone about making her point without being quite as draconian. I know I did.