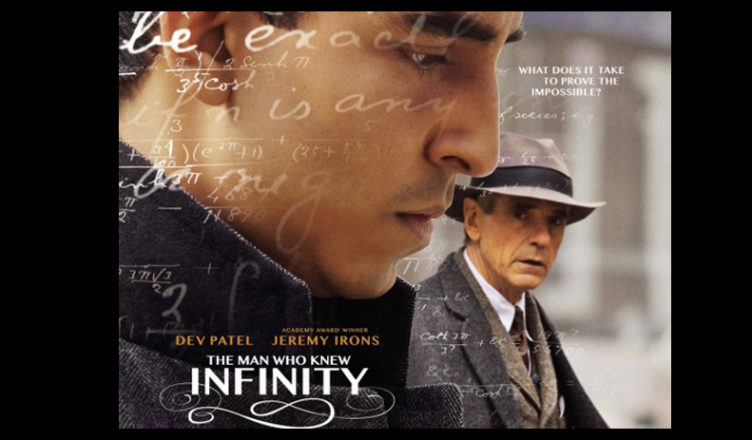 I missed the theatrical release of “The Man Who Knew Infinity”, but looking forward to the Blu-ray & DVD release of it on August 23. The film depicts a true story of Srinivasa Ramanujan (Dev Patel), an Indian mathematics genius who has to get through prejudice to showcase his mathematics genius. Jeremy Irons plays his mentor that helps him overcome barriers and uncover his genius.

A promising cast and story that should make it an interesting movie at the very least. Unfortunately the Blu-ray doesn’t seem to include any special features. Here is the description of the release:

THE MAN WHO KNEW INFINITY