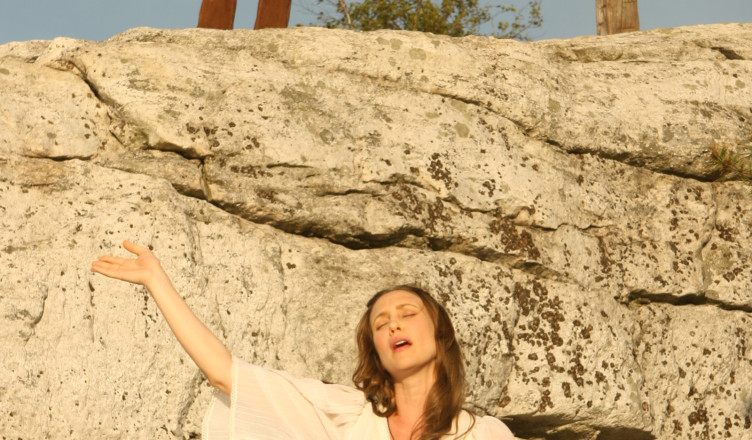 With the proliferation of faith-based movies currently in theaters now (“Miracles from Heaven”, “God’s Not Dead 2”, “The Young Messiah” among others) I thought it would be interesting to review one among the genre from 2011, “Higher Ground”.

As a Christian, “Higher Ground” is kind of a tough call for me.  While I identified with Corrine (Vera Farmiga in an ambitiously impressive directorial debut, as well) in her lifelong search for faith, both in God and in herself, I came away from this film conflicted.

We see Corrine being indoctrinated into a church cult while still an innocent young girl in the 1960’s.  We then watch as her extraordinary life unfolds before us, both personally and religiously, through the tumult and the joy, spanning the spirit-searching decade of the 1970’s and on into the ’80’s.  We bear witness as she transforms from the subservient female role commanded of her by the cult, to an emancipated and independent single mother immersed in a quest for self-discovery.  As we do so, I couldn’t help but feel that Corrine’s road toward her own personal “higher ground”, while undoubtedly still rigorous and fraught with challenge, would likely have been one of less disillusionment, discouragement and frustration had it not been born and nurtured of such distorted doctrine.

The sexual themes in “Higher Ground”, which are quite frank and explicit, come off as blatantly prurient and inserted primarily for commercial appeal.  These scenes register as out of place and really unnecessary to the telling of the story.

This film is clearly a labor of love and devotion for the ultra-talented Farmiga.  Her role as Corrine is an exceptionally difficult one to deliver on with credibility and impact.  Farmiga more than meets demand with her multi-layered and affecting performance.  Her character’s testimonial as the movie ends is at once moving, heart wrenching and hopeful.  The words pour out from the depths of her soul.  And they make it clear that Corrine’s journey to reach “higher ground”, while it sustains as a driving and passionate yearning, is just beginning.