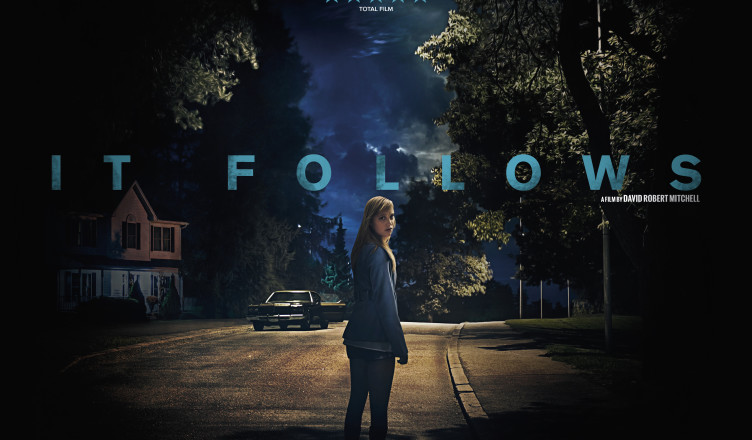 In no particular order, though these are my top two.  Some had US DVD release debuts in 2015. It is a conspicuously uneasy vibe established practically right from the start of the ultra-unsettling Austrian psychological thriller “Goodnight Mommy”.  And then from there all the way up to the haunting conclusion, Co-Directors Severin Fiala and Veronika Franz never take their feet off the pedal, unleashing an unrelenting and unnerving undercurrent of fear and dread. This deeply strange and scary suspense story seems to approach, if not hurl headlong into, moralistic territory in it’s apparent position against young folks having sex out of wedlock.  Do the deed without commitment and you’re committed to pay the ultimate price. The sins of the past return, demanding ruthless retribution in the dark thriller “The Gift”.  Multi-gifted Aussie Joel Edgerton writes, directs and stars as a sad sack loser who will not let go of the atrocities done unto him decades ago in high school.  And the upwardly mobile yet troubled couple played by Jason Bateman and Rebecca Hall are set square in his vengeful crosshairs. With “Wild Tales” Argentinean Director Damián Szifron presents a sextet of stories which, individually and uniformly, are emblematic of this wackily warped film’s title.

Conveying various tones of perversity, the unifying theme of these freaky fables revolves around how we as humans can be reduced to becoming primitively animalistic when driven beyond our limits to reap revenge.  And if it’s true that this most malicious of emotional impulses is a dish best served cold, then clearly Szifron’s intent is that it be dispatched stone cold wild. Red Army is the consistently riveting chronicle of the Russian National Hockey Team and it’s world domination of the sport throughout the 1970’s and ’80’s.  While laying waste to all in their path (with the notable exception of a bunch of American college kids in upstate New York in the winter of 1980), the Red Army brigade was as invincible on the ice as they were oppressed in their own beleaguered home country amidst the tumultuous socio-economic and political climate of the era in the USSR. ’71 is a brutally unforgiving examination of a war driven at it’s core by the vicious hate that ripped Northern Ireland to shreds during what came to be known as the time of “The Troubles”.  It was an era of unconscionable violence, one in which fellow countrymen turned against each other with unmitigated hostility.  One barbaric atrocity beget another by way of retaliation in a relentless blood bath between Catholic IRA separatists and Protestants loyal to the British Crown.

That is the brief history lesson.  The movie, brilliantly directed with stark propinquity by Yann Demange, is an uncompromising and riveting chronicle of an English soldier’s terrifying odyssey as he negotiates through a gutted Belfast night in search of the unit he was driven away from after narrowly escaping with his life from the bedlam of a raging street riot.

Mad Max: Fury Road, (starring Tom Hardy and Charlize Theron, two pretty fair actors who don’t get to act much here) is the second of George Miller’s quartet of post-apocalyptic frenzied action thrillers I’ve seen now, the other being 1981’s “The Road Warrior”.  While “Fury” certainly lives up to it’s titular description with virtual non-stop murderous mayhem, and the special effects are literally and figuratively “of another world”, I found it lacking the starkly primal immediacy that Miller and star Mel Gibson brought to “Road Warrior”. Jurassic World is what happens when the mad scientists behind the life-sized dinosaur theme park attractions aren’t so mad.  They’re just too damn good at their jobs.  Know what I’m sayin’, Dr.’s Frankenstein and Jekyll?

As an adult you never quite know how an animated feature movie is gonna strike ya.  The good news here is cartoon film giant Pixar’s latest offering, “Inside Out”, strikes deep at both the funny bone and the heart alike. Boy, did this one ever throw a startling curve.  The first several scenes of “Faults” seem to suggest that this will be a farcical, almost silly, dramedy.  Then things change.  Really change.  And we get an about- (shovel to the) face shift in tone scarcely seen, cinematically speaking.

Here’s wishing for a Joyful 2016 and a whole bunch of good stuff at the movies!