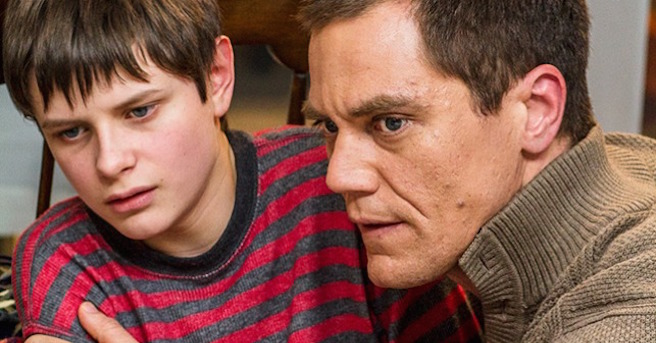 Synopsis: A couple who keeps their sick son in a secluded environment find their controlled lives challenged by a young girl who moves in next door. (c)Imdb

The title suggests you are in for a movie about crops and farming–wrong. Ok, how about a horror movie about some farming town that’s taken over by killer corn or farmers–wrong, once again. The Harvest centers around a couple and their sick boy. Andy (Charlie Tahan) is a sick young boy who never gets to leave his house. Like many boys, he’s obsessed with baseball, it’s his only escape. Andy’s parents, Katherine (Samantha Morton) and Richard (Michael Shannon) have devoted their lives to taking care of their son. With Andy’s prognosis looking bleaker by the day, hope is starting to fade, until Maryann appears in his life. Maryann (Natasha Calis) is a young girl that’s new in town and comes across the sick Andy. They instantly become friends.

The film starts gaining purpose when Maryann’s starts suspecting Andy’s parents aren’t doing what’s best for him. This is an intriguing film. There is an aura of mystery surrounding what is really going on with Andy. By no means would this film be defined as a horror though. The relationship between Andy and Maryann is sweet and sincere. Writer Stephen Lancellotti does a nice job of giving each character some substance and raises each of their individual stakes. I found myself debating whether Katherine is just a concerned mother that has turned into a taskmaster due to her drive to cure her son, or she’s just plain crazy.

Michael Shannon is solid as always. He’s the father that wants to make his son happy, while also looking tending to his illness. He is sort of the middleman between Katherine and Andy. Samantha Morton is really good at being bad in this film. She’s very unlikable and annoying. I found myself rooting against her at all times.

Harvest is a nice suspense movie. The movie was originally released in 2013, so it makes you wonder why it was held for almost two years? The main plot twist isn’t completely shocking, but it’s not disappointing either. This movie could have easily gotten stale early on and lose all it’s intrigue if not for smartly planted character reveals throughout. All of the action in the movie takes place in a house. The budget must have been really small, but it works for this film. I did feel the ending was a bit over-the-top, and didn’t mesh with the overall theme of the movie. If you are in a mood for an intriguing suspense movie, Harvest is worth a watch. Michael Shannon and Samantha Morton bring extra credibility and solid acting to enhance the presentation.