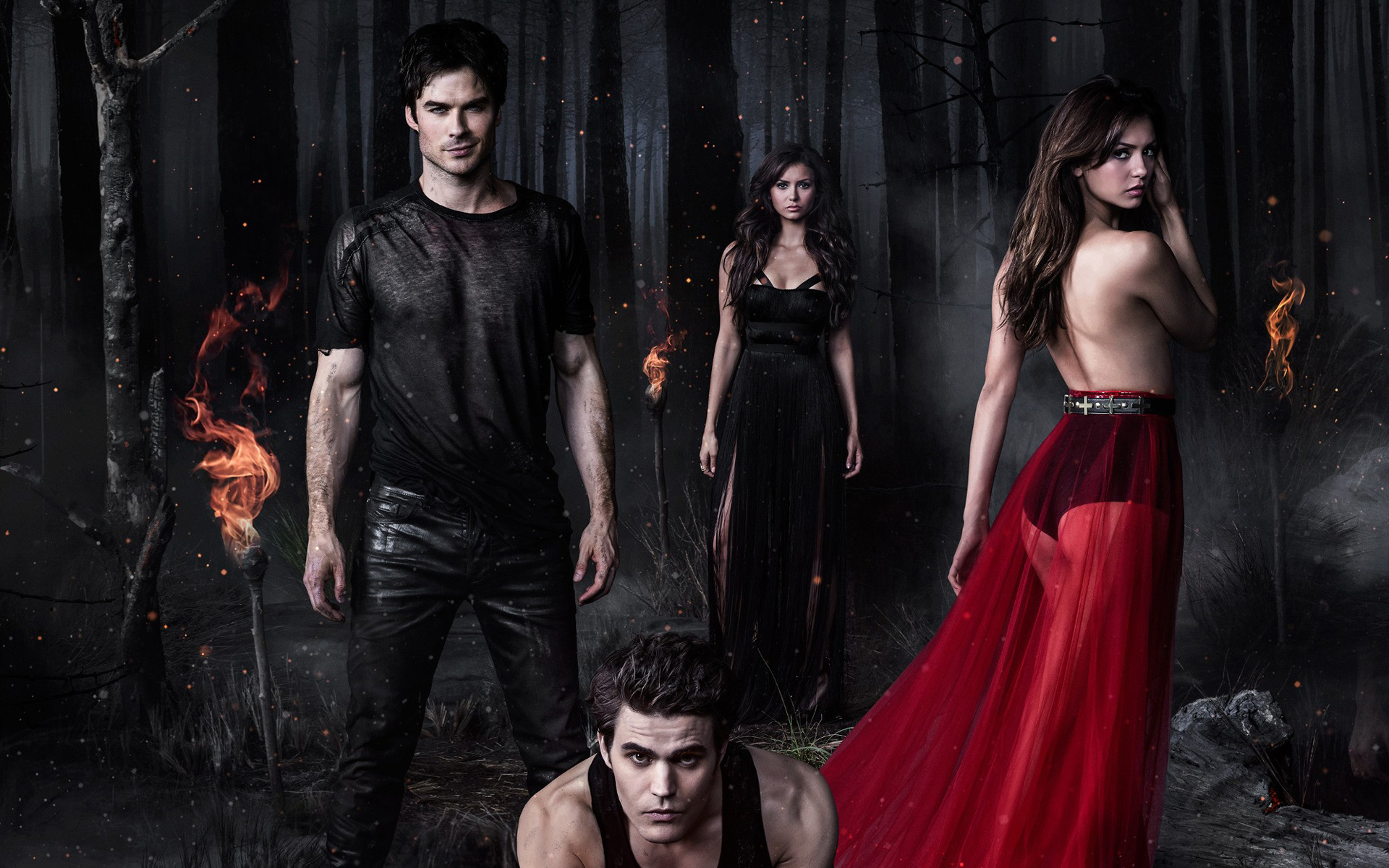 Vampires are still in demand. With the approaching season 6 debuting on October 3rd, I got to review the DVD set of season 5 of the show, which is available now to buy. Here is my take on it.

Season 5 of Vampire Diaries starts off with Elena (Nina Dobrev) starting up college and struggling with the thoughts of leaving her boyfriend Damon (Ian Somerhalder) behind. Silas has become Stefan’s (Paul Wesley) doppelganger and is coming after Katherine  who is struggling to adjust to her human form. The majority of the season consists of a struggle of identities for the characters. Each trying to escape their current for of humanity or being a vampire. Along the way, there still is a conflict between Stefan and Damon and their love triangle with Elena, Katherine is added to the mix. Each episode offers a continuation to a story arch started in previous episodes, while adding a lot of shock value. You have to watch all the episodes to stay afloat with the happenings on the show. The finale offers one of the better cliffhangers of recent seasons, Damon is the focal point with how the season 5 comes to a close.

The DVD set comes with five discs, featuring 22 episodes from the season. There is an incentive to buy the DVD, as there are bonus extra features of the show included.  The features included are: The Vampire Diaries 2013 Comic-Con Panel, Deleted Scenes, I Know What You Did…In the Last 100 Episodes, The Vampire Diaries: To the Other Side and Back, A Day in the Afterlife with Kat Graham, and Second Bite: Gag Reel. So, there are plenty of features available for fans to see. The San Diego Comic-Con Panel is 30 minutes discussion previewing season 5, featuring all the main starts of the show and the creators. It’s a a feature you should watch first, before you watch the entire season. The Deleted Scenes are roughly 8 minutes of the scenes that did not air on TV of various episodes in the season. The I Know What You Did…In the Last 100 Episodes feature was probably one of my favorites. It’s 10 minutes, of the cast of the show and the creator reading out various trivia questions from the show, and the cast quizzing each other on the facts. It was a neat, fun feature. The Vampire Diaries: To the Other Side and Back feature is a 10 minute feature with Executive Producer Julie Plec and the stars of the show talking about various ghost and supernatural events they have experienced on the set, as well as in their personal lives and the way it ties into the show. Another interesting feature. A Day in the Afterlife with Kat Graham is a feature that is basically the actress Kat Graham, who plays Bonnie Bennett sitting in makeup and discussing how the makeup is done for the character. I found it a bit boring. It’s relatively short feature that’s 7 minutes. The Second Bite: Gag Reel is your typical gag reel. It’s 5 minutes of crazy antics on set, and the actors goofing off.

Overall, I found the bonus features to be just as good as the season episodes. Not a die-hard fan of the show, but I have seen the previous seasons. I found this one to be a bit confusing, with a too much happening from episode to episode. Not, a huge fan of the actors playing multiple characters, such as Nina Dobrev playing both Elena and Katherine. While, the other actors also play their own alter-egos. Too much confusion from scene to scene. Had myself wondering at various points who is who? It’s worth checking out the show and the DVD bonus features make it an item that most fans will want to get.