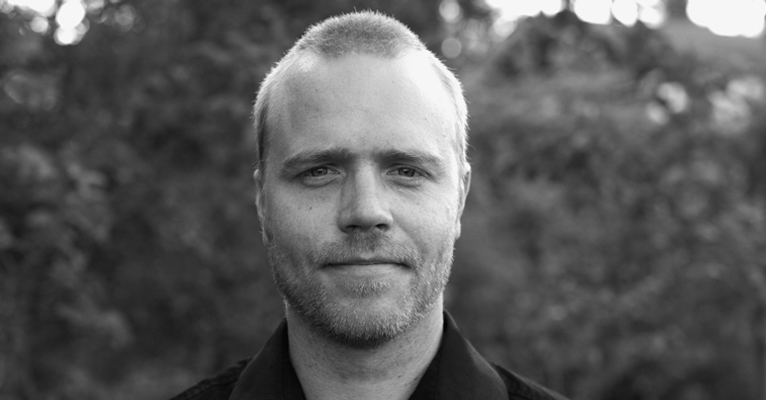 If you ever wondered what really went down in the Viking era and are partial to Godzilla, Ragnarok is the movie for you. Releasing August 15th you will be able to catch all that Nordic fun on VOD. Before the release of the film to the public, I got a chance to speak to the director Mikkel Braenne Sandemose. He had the following to say…

Jim: I was curious, what were your thoughts and ideas going into directing the film?

Mikkel: First of all, there was never a proper action adventure movie of this kind made in Norway before. We wanted to bring a story, and base our traditional materials from here. We always hear about the Nordic mythology, in school it’s dry and boring. We really wanted to show that this material is fantastic and entertaining. Those two motions came together in building this thing up.

Jim: Going into it were you going for a Viking piece or did you want to center it around the monster?

Mikkel: I would say that, the big focus was that we wanted the film to be based on historical facts. You can go to our capitol here in Oslo, and see this with your own eyes and imagine the story and the ship. Obviously we went for the hybrid adventure/creature film, but we wanted to have the adventure feeling all the way through and keep the creature as part of the quest and mythology.

Jim: Did you do a lot of research regarding the Viking culture and history prior to filming?

Mikkel: Ohh, absolutely. The beginning of the movie, the riddle that they are looking at and solve is not far off from the actual one. The Viking believed in a force hidden in the water. That’s how we started to develop the animal, a thing that lives beneath the earth in the water.

Jim: I found the character of Sigurd interesting. He had multiple dimensions to him. What was your take on the character and how did you want to present him to the audience?

Mikkel: When making the character, we really wanted to make him a Nordic guy in 2014. We wanted to have a feeling of real people meeting something spectacular. I think in that sense we tried to make the character down to earth. A sort of a underdog that struggles.

Jim: How did you want the film to come off to the United States audience and outside of Norway?

Mikkel: When we started making the movie, during the preparation my focus was trying to make if for the Nordic countries. I had this feeling that this could be something exotic coming from another part of the world. A lot of people are interested in Nordic mythology, especially in Hollywood, especially Greek mythology keeps getting used over and over. I feel the Nordic mythology has thousands of stories still untold. I was hoping it would be picked up and have a larger audience. I am happy that the film now moves out of my borders into different countries over the world.

Jim: Since, the entire cast is from the Nordic region. How did you come about with casting the people that appear in the film?

Mikkel: Sigurd, I worked the longest to find him. I was very happy to get Pal on board. I knew he had to be Norwegian for the Norwegian audience it would be very awkward if the cast wasn’t Norwegian. Then I found Sofia Helin, she’s a Swed. She plays in the theater here called the Bridge. After that I found the kids and co-actors. Most of them I knew from before, not personally. It was about making this family, the family I wanted to end up with in the film. We spent a bunch of time looking at different kids. I needed the kids to be believable in those difficult scenes, and to play to something that you really don’t see.

Jim: Where were some of the shooting locations, it looked very exotic looking:

Mikkel:  Primarily, I knew I wanted to shoot everything on location. I wanted the kids and adults to feel the presence of the nature. The nature is so important for the Vikings, but it’s also important for the Nordic mythology. From early on it was decided to shoot everything on location, no green screen. We did all the effect shots on the locations. Most of it was in Norway, where they drive the boat through the valley was further north. There were also some scenes filmed in Sweden.

Jim: Any upcoming projects you are working on or close to releasing?

Mikkel: I’m not close to releasing, but we are working on different projects. Some are related to this one. I had fun making this movie. This is the sort of film I grew up with and enjoy the most. To be able to make this kind of film now and present it to a new audience feels really good. Luckily, I have some projects here so we will see what it comes to?

Jim: Any plans to come over to America and make some movies here? Or plan on staying local with Norwegian films?

Mikkel: I guess a combination for me would be a perfect solution. I would like to make movies in Hollywood, but I also like making movies here and working with the crews. I know the film might open up possibilities for the combination of the two. After the release of the film at the different festivals, I got agents coming through.