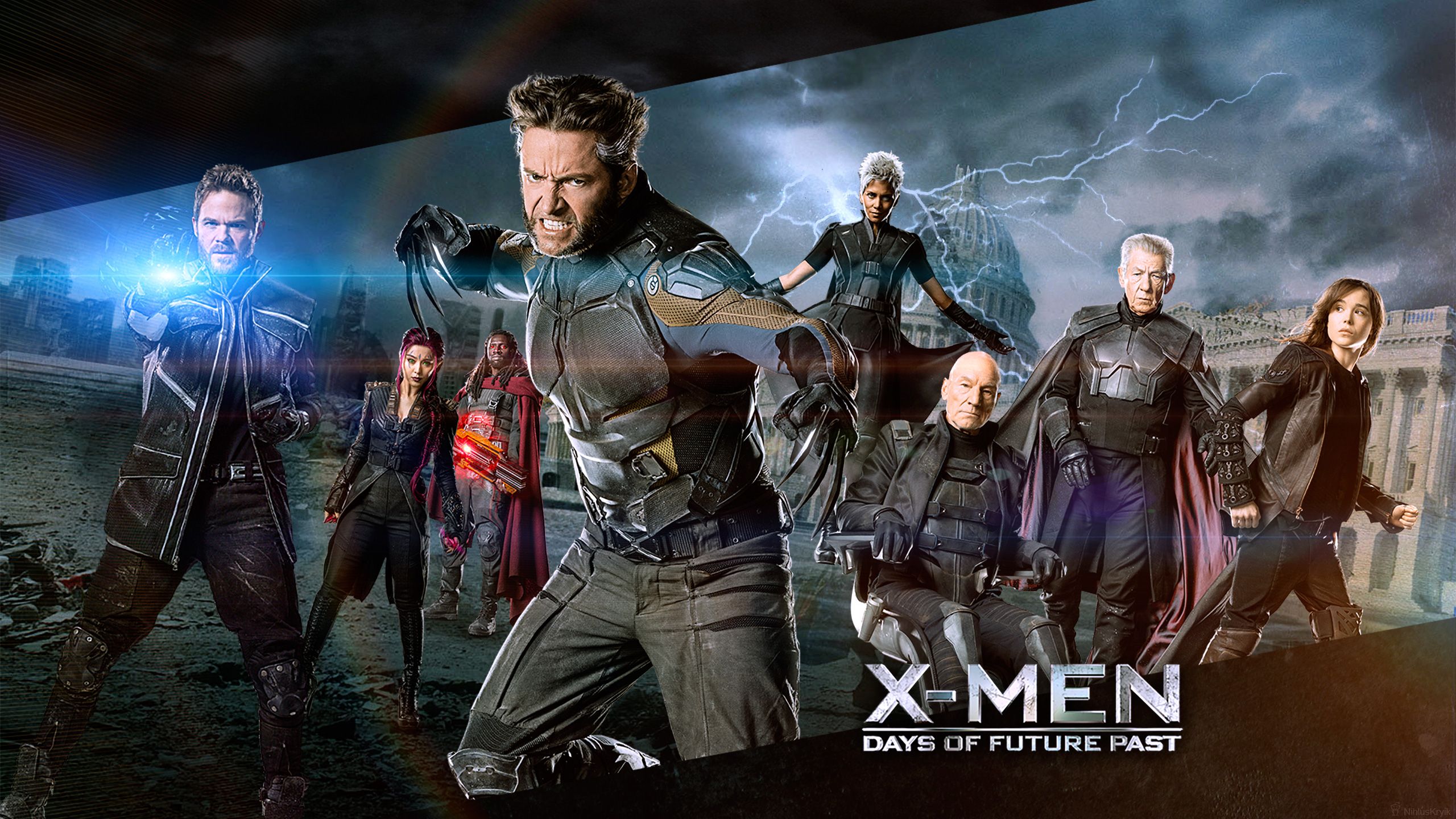 Synopsis:The X-Men send Wolverine to the past in a desperate effort to change history and prevent an event that results in doom for both humans and mutants.

It’s Memorial Day weekend and this year it’s not only about hot dogs, grilling, and cold beverages. What we are celebrating is the return of the mutants, X-Men to be exact. One of the most anticipated superhero movies ever has finally arrived, and it was worth the three year wait. The next chapter of the X-Men saga delivers on all expectations.

X-Men Days of Future Past takes the X-Men franchise to a new level. It’s satisfactory on every level and caters to the expectations of any X-Men die-hard fan. The franchise has been in a good place since it’s inception. The main reason for the success of these movies can be linked to Bryan Singer. The director has been in charge of the X-Men movies since the release of the first film. There is no question Singer is the glue that holds it together. How many other directors could have saved a franchise after Brett Ratner (heavy emphasis on the “rat” part) took a giant crap on it? Exactly. Now, onto what makes this the best superhero film ever made!

Building on the success of X-Men First Class, this sequel links up the aftermath of First Class along with the original first three films. The story of Days of Future Past is cleverly crafted and semi-complicated. X-Men of the future are facing destruction and extinction. In order to stop their demise they need to fix the past. Of course, Wolverine (most prominent X-Men of all-time) gets the task of traveling back to the past in hopes of altering the events that will transpire. No denying, there is a bit of a Back to the Future vibe in this movie. Not a bad thing. The plot is very detailed, as true to the prior X-Men movies as it possibly could be. The details are so precise, that if you paid close attention and retained majority of the story elements from the previous films, then you will have a greater appreciation for the nuggets provided in this script.

Superhero movies are prone to over- inflation of characters from the respective films universe (see Amazing Spider-Man 2), which in turn ends up derailing the focus of the film. Too much isn’t always good in these sort of films. Granted, it’s fun to see all your favorites on the screen interacting with another, but accomplishing that takes away from the story being told. Uniquely,  X-Men Days of Future Past features a litany of characters without sacrificing any elements from the story. The X-Men films have emphasized the tie-in between politics and the mutants. Something is to be said for a superhero movie to incorporate real-life historical events as part of their universe. Metropolis is fictional, so is Gotham, but X-Men live in a non-fictional world that we do. Watching Days of Future Past felt more like a drama that dealt with serious political issues, instead of a blow-up action sci-fi flick. It’s the kind of superhero movie that might actually get Oscar voters to take notice. That speaks volumes to the kind of film-making being produced by this franchise. It’s that good.

X-Men Days of Future Past delivers the desired action that’s expected. The fight scenes are exciting and visually stimulating. The key to integrating the action along with the serious dramatic political content is by having the right amount of balance. Singer accomplishes that masterfully. Unlike Captain America: The Winter Solider, which was non-stop nauseating blow-up action, Days of Future Past lets the story carry the movie. Once again, not an easy task in a genre that’s begging to ride itself on intense action sequences.

The performances are top-notch, yet again. Hugh Jackman might be the best superhero actor we have ever seen. He simply embodies everything that Logan is. He has the resounding physical resemblance to character of  Wolverine. Jackman is jacked like never before. For a guy in his mid 40’s, he’s in incredible shape. His mannerisms of Wolverine are undeniable. If anyone was born to play a character, it’s Jackman’s portrayal of Logan. Patrick Stewart and Ian McKellen return as Xavier and Magneto. The original cast-members resemblance of their comic book versions is eerily similar. Their acting acumen is a cherry on top of it all. The younger/newer cast members are a real bright spot in the film. If you aren’t familiar with James McAvoy prior to the X-Men films, he’s one of the most underrated actors we have today. McAvoy is the perfect young Xavier.  He’s incredibly charming on screen, adds a tremendous dimension to the contrasting stoic older version of Charles Xavier. Michael Fassbender reprising his role as the younger Magneto is masterful. There is no bigger rising star in Hollywood than Fassbender. Reminds me of Christian Bale like no other. By the time his career is over, he no-doubt will go down as one of this generations finest actors. The casting of him as Magneto has been pure genius. The guy is so compelling to watch, it makes you react to him at all times. He can make you cheer for him in an instant, even though his character is unsympathetic pseudo villain. Combine all those acting credentials along with Jennifer Lawrence (who has adapted well to the role of Mystique), as well as the multi-faceted Peter Dinklage and you have a mini-masters class of acting on screen. Great actors add tremendous validity to any movie, especially a comic book film.

There is no question this is a must-see movie, comic book geek or not. As anticipated, X-Men Days of Future Past has vaulted to the top of my comic book movie list. It’s not only a supreme superhero movie, it’s one of the top films of 2014. If the voters of the Academy can get over their indie, art house hard-ons, then Days of Future Past can make history in 2015. It legitimately has potential to be the first “comic book” movie to be nominated. Obviously, I had been anticipating this movie since the release of X-Men First Class. It lived up to every expectation I could have had. The odd thing I ended up experiencing is that after years of anticipation and high hopes, once I walked out of the theater, the deflating part was that it was over. It’s like waiting to see your team play in the Superbowl and after you witness them win, the realization that the journey is complete and over leaves you with a feeling of slight disappointment after all the adulation you just experienced. The feeling of disappointment that it was over, but with the hopes of the next X-Men movie living up to the new elevated expectations. The formula works like none other. The right people are behind this franchise. Only concerns that seeped into my mind were who will lead the charge in the future X-Men films? Are we going to lose the immerse talents of Fassbender, Jackman, and McAvoy? Are they too prominent to continue? Do they even fit in the direction of the franchise? How do you replace such iconic faces? Will Singer continue directing X-Men? These are just a few of the questions I was having. I tend to go with my gut feeling regarding movies. Does a movie makes you think and want to research it after you walk out of the cinema? If so, it means the film had a deep impact on me, if you care, the movie accomplished it’s purpose. This might be the most entertaining and pleasing movie you will see this summer, so see it and appreciate the talent on screen. It might be the last time you see them all in an X-Men film ever again.

One thought on “X-Men Days of Future Past Review: Changing the Course of Superhero Movie History”