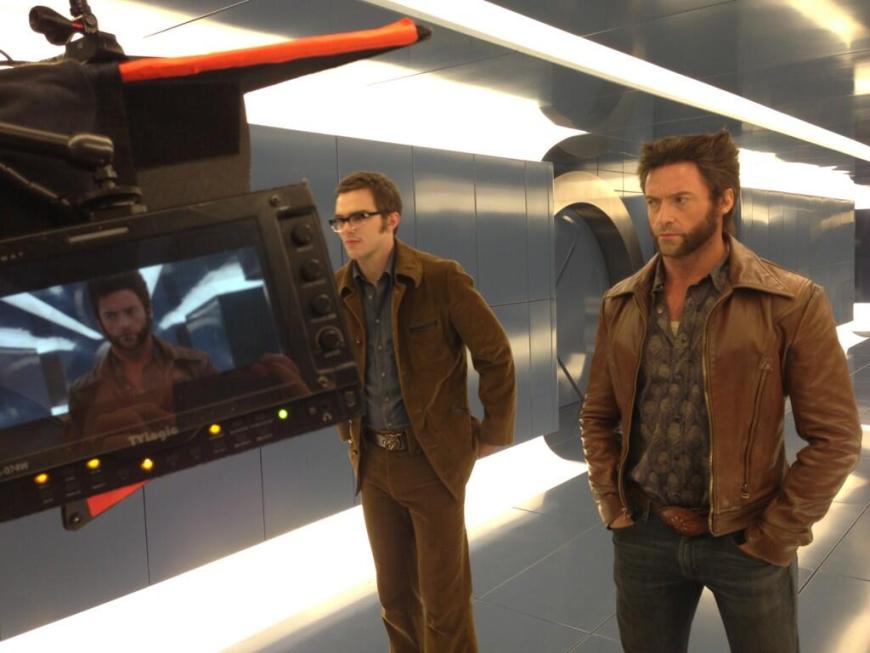 For some reason when I saw this new photo that Bryan Singer shared from the set of Days of Future Past the thought sprung in my mind that it might be time for a new Wolverine. All I could see is that uncomfortable facial expression beneath the massive amount of hair. I love how Hugh Jackman has portrayed the character over the last 13 years or so but I think Wolverine can be the ‘James Bond’ of Marvel characters and occasionally pass the torch onto someone else.

Some of my thinking is due to some rumor I read that Johnny Depp was, at some point, offered the role as Wolverine for the first X-Men film but walked away from the project and juts picturing Depp in the role forced me to wonder who I would be interested in seeing ol Jimmy boy up there. In recent years a whole crop of new talent has been introduced to general audiences since the first X-Men film took the world by storm.  Now that it’s been 13 years I can admit that there are more sides of the character that we haven’t explored yet and I’m not entirely sure that Hugh Jackman is the best man to bring them to the screen.  Jackman never really portrayed the Wolverine that I wanted to see on screen but he created something that was unique, refreshing, and most importantly entertaining to watch. I guess I’m just anxious to see something… different.

If you had to re-cast Wolverine, who would you like to see in the role?