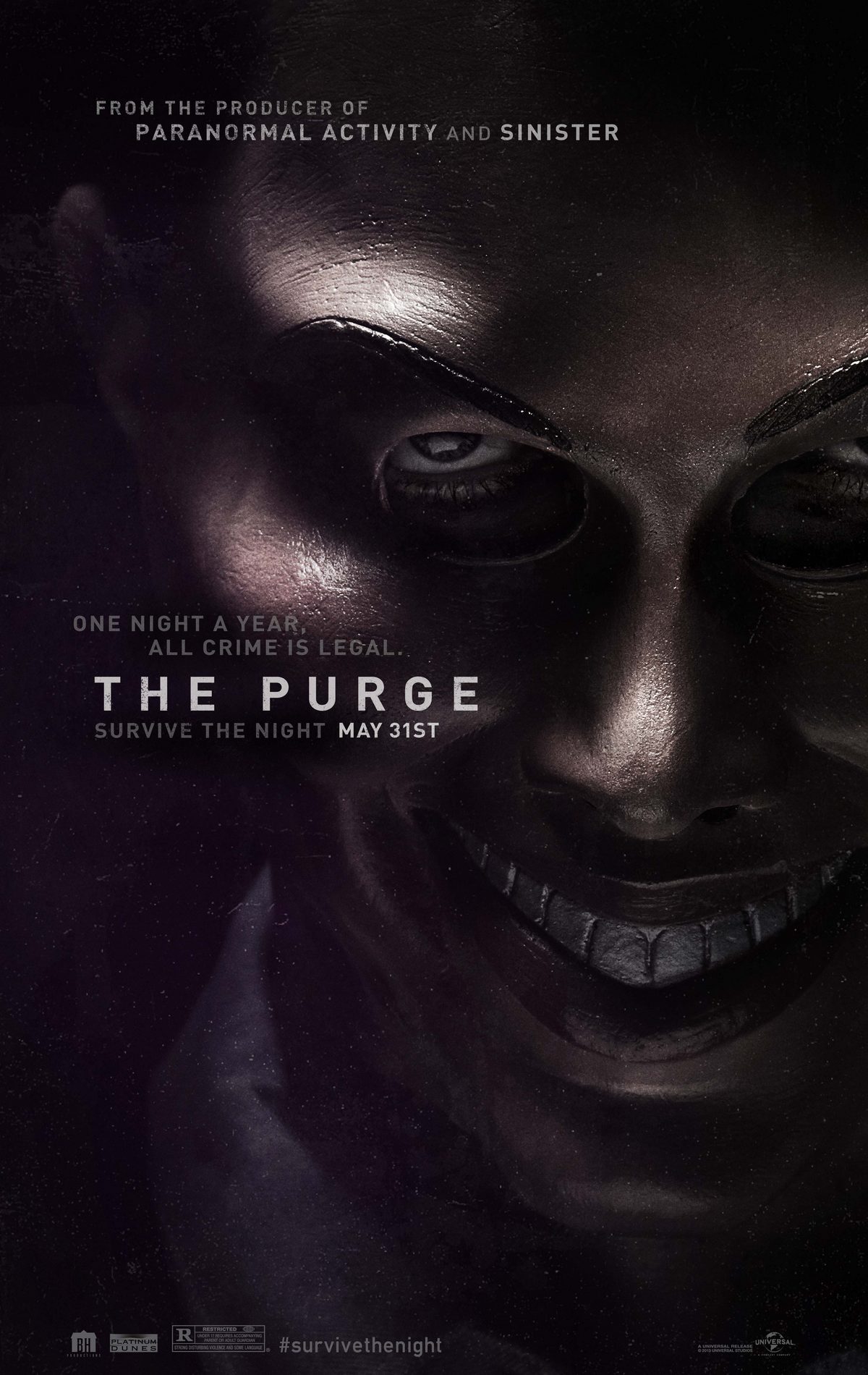 In an America wracked by crime, the government has sanctioned an annual 12-hour period in which any and all criminal activity—including murder—is legal.  The police can’t be called.  Hospitals suspend help.  It is one night when the citizenry regulates itself without thought of punishment.  On this night plagued by violence and an epidemic of crime, one family wrestles with the decision of who they will become when a stranger comes knocking.