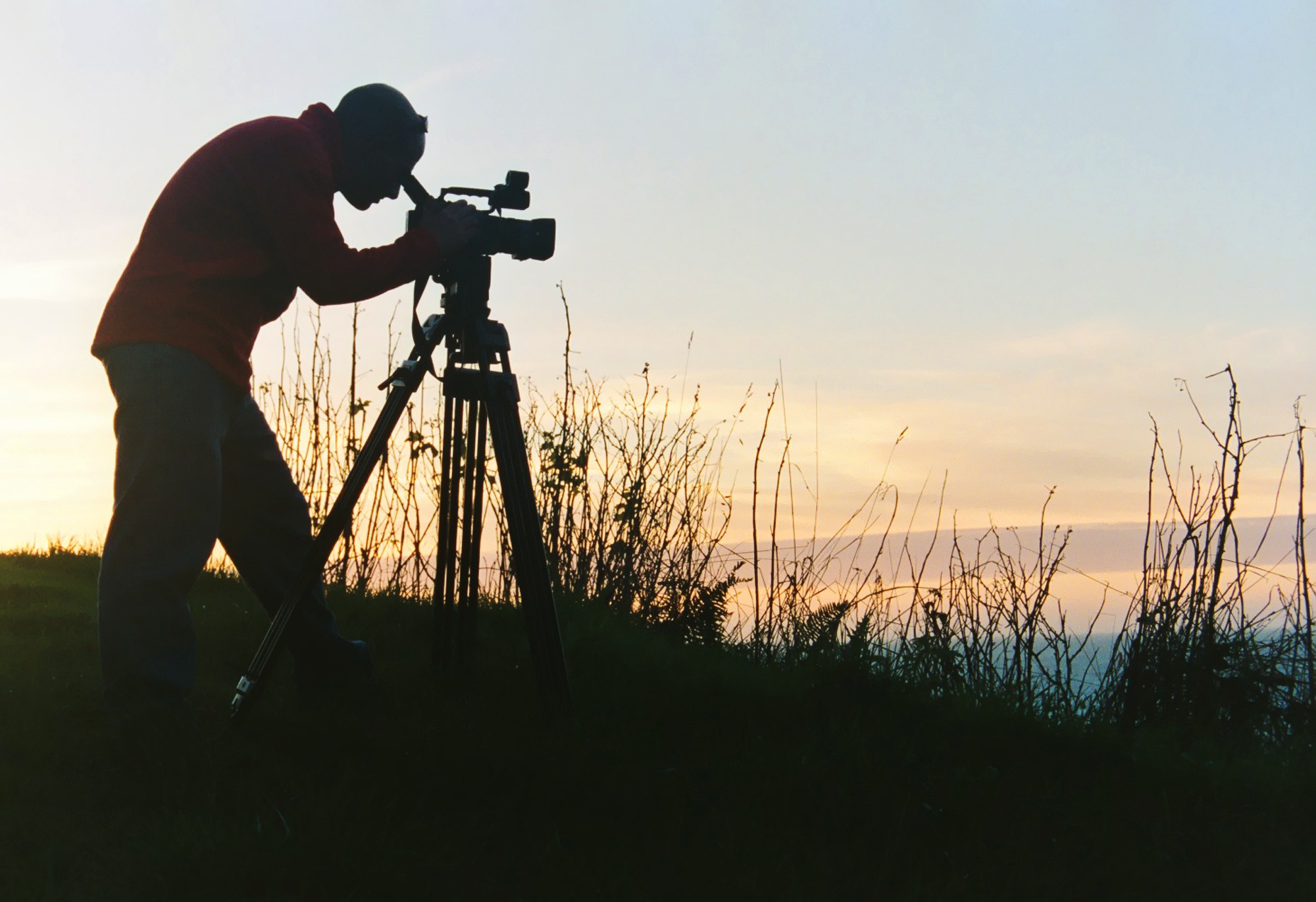 Another year has passed by, and with it, another great crop of non-fiction film.  This year, documentaries have brought audiences into the worlds of amateur house haunting, Icelandic phallus museums, 70’s hippie cults, independent video game creation, living as Chinese-born adoptees of Americans, Catholic sex abuse scandals, rape in the military, the war on drugs, Alzheimer’s, and many, many more.

It was an interesting year for myself when it came to documentaries, because I spent a good portion of that time watching and reviewing one every day for my blog, Days of Docs. That project is finished now, and I’ve hopefully learned a lot about both the world we live in and film criticism. It certainly doesn’t make me an expert in the form, ( For one thing I still haven’t seen a Frederick Wiseman film), but I’d say that I’m now better versed in it than the average person.

So with all that said, here are my favorite documentaries of 2012. These aren’t necessarily the best, mind you, just the ones that most stick with me, personally (although there is a good deal of overlap). I’ve linked to my original reviews of each film where they exist, so that you can read my in-depth thoughts on them.

But first off, in the interest of full disclosure, here are the major critically-acclaimed docs from this year which I have yet to see:

5 Broken Cameras
Ballplayer: Pelotero
Beauty is Embarrassing
Carol Channing: Larger than Life
The Central Park Five
Ethel
The Gatekeepers
Girl Model
The Island President
The Other Dream Team
Marina Abramovic: The Artist is Present
Mea Maxima Culpa: Silence in the House of God
Paul Williams: Still Alive
Planet of Snail
Shut Up and Play the Hits
Side by Side
Somewhere Between

And now, here are the honorable mentions, the almost-rans for my top ten. All of these are well worth a watch:

And finally, here are my ten favorite docs of the year (from what I have seen). They go unranked, listed in alphabetical order. I don’t bother with quantifying art.

I think that fellow doc critic Christopher Campbell put it best when he said that Ai Weiwei is a better superhero than anyone in The Avengers. The dissident Chinese artist has made a formidable reputation for himself as a persistent gnat on the back of the government’s neck. The movie follows Weiwei and goes inside his artistic process, his personal life and background, and his political convictions. The key to the film’s greatness is Ai Weiwei himself, an exceptionally droll and witty individual who distinguishes his work through genius manipulation of social media. Never Sorry is a great look at creativity as resistance.

The scariest, most unnerving movie of the year doesn’t involve found footage or cabins in woods. In 1997, missing Texas teen Nicholas Barclay apparently resurfaced. In Spain. With a new hair and eye color. And a French accent. And looking several years older than he should. And yet Barclay’s family accepted this seemingly obvious impostor into their home. Frédéric Bourdin is almost Hannibal Lecter-like as it recounts how he pulled off the impersonation, and the mounting tension as discovery draws ever closer is absolutely gripping. But more disturbing is the question of how this ruse ever worked in the first place. What’s brilliant is that the film allows Bourdin to actually con the audience, which gives us a possible answer. Nonetheless, the film is indelible and haunting.

The most anger-inducing doc of the year by far, Kirby Dick’s exposé demonstrates the horrifying prevalence of sexual assault in the military. Several victims bear witness, in heartbreaking detail, to not only how they were raped, but also to how their pleas went ignored, how their assailants went unpunished, how they still seek justice for what was done to them. This is a harrowing but absolutely necessary experience. The Pentagon has countered complaints with the idea that rape is an “occupational hazard” of military service. That, more than anything else, demonstrates why things desperately need to change.

Still lacking a distributor as of this writing, this film, which has been touring the festival circuit, may yet see some kind of a release next year. In that case, I would strongly encourage all who can to see it and support it. It pulls back the curtain on a forgotten time of American history, when over a million women were forced to give up their out-of-wedlock children for adoption during the 50’s and 60’s. Using the audio of somber interviews with women who are opening up for the first time, and the visuals of shiny, happy instructional films from the period, the film creates a startling contrast between society as it portrays itself and what it really is.

The House I Live In

America has spent over a trillion dollars and jailed tens of millions in the four-decade-long “War on Drugs,” and what do we have to show for it? Countless broken homes, a swollen prison system, and drugs that are just as available and used as they’ve ever been. Director Eugene Jarecki posits that this is not about drugs at all, but is instead a for-profit-and-political-gain attack on the bottom 10% of the country. And he makes this case via an intelligent, meticulous survey of the nation, from the inner city to the Mexican border. It’s the best issue-focused doc of the year.

How is it that a little restaurant nestled away in a corner of Tokyo has a months-long waiting list, with visitors coming from all over the planet? What makes Jiro Ono the greatest sushi chef on Earth? Jiro Dreams of Sushi is a measured, patient meditation on the true nature of perfection. Jiro and the film both suggest that mastery is found not in any special trick, but simply in long, meticulous practice. The movie is so gorgeously shot that you’ll be hungering for sushi afterward, even if you’ve never tried it before. But its wonderful tone is what will really make it stick with you.

Ross McElwee turns his folksy, humble sensibility to the subjects of lost love and parenthood in his latest cinéma vérité autobiography. As he struggles to understand his son, he revisits one longingly-recalled summer in his youth, and travels to the place where he had those experiences to see how his memory measures up to reality. This is a quiet but wonderful look at memory, and how it changes and affects us. As always, McElwee is an entrancing narrator and lead, able to make his mundane life something relatable, even universal.

Three brothers embark on a late-night exploration of New Orleans, and filmmakers Bill and Turner Ross are along for the ride. What follows is a breathtakingly transportation back into the eyes of childhood. As the delightful young protagonists scamper through a dizzying jazz and Bourbon Street-infused kaleidoscope of noise and color, the Ross Brothers invoke true wonder and mystery. It’s a nonfiction counterpart to the similarly-great Beasts of the Southern Wild, and if I had to pick a single favorite doc of the year? It’d probably be this one.

There are people who will hate this movie, and some who would possibly even hate me for putting it on this list. After all, it follows the Palestinian point of the view in the 2008-2009 gaza War. As the conflict over the Gaza Strip has heated up yet again recently, this movie remains blisteringly relevant. Yet it is actually almost apolitical, neither pro-Palestine nor anti-Israel, but simply pro-humanity and anti-war. Intercutting interviews with children whose lives have been ruined by the fighting with home video footage from the conflict itself, the doc presents the reality of war at its most terrifying. It’s visceral and immediate, and filled with images you need to see, even though you’ll try (unsuccessfully) to get them out of your brain.

It made little-to-no splash, quietly shown on TV through PBS’s Independent Lens, and so I was not at all prepared for this small but powerful movie. It introduces us to Lee Gorewitz, a nursing home resident who suffers from Alzheimer’s. Sometimes she’s “there,” sometimes she’s not. We get to know what her life is like, and it alternately seems awful and strangely comfortable. Lee is slowly disappearing, but the person she once was is actually still inside her, and the times when it shines through show why, despite this ugly end, her life was most definitely worth it.

View all posts by Dan Schindel →