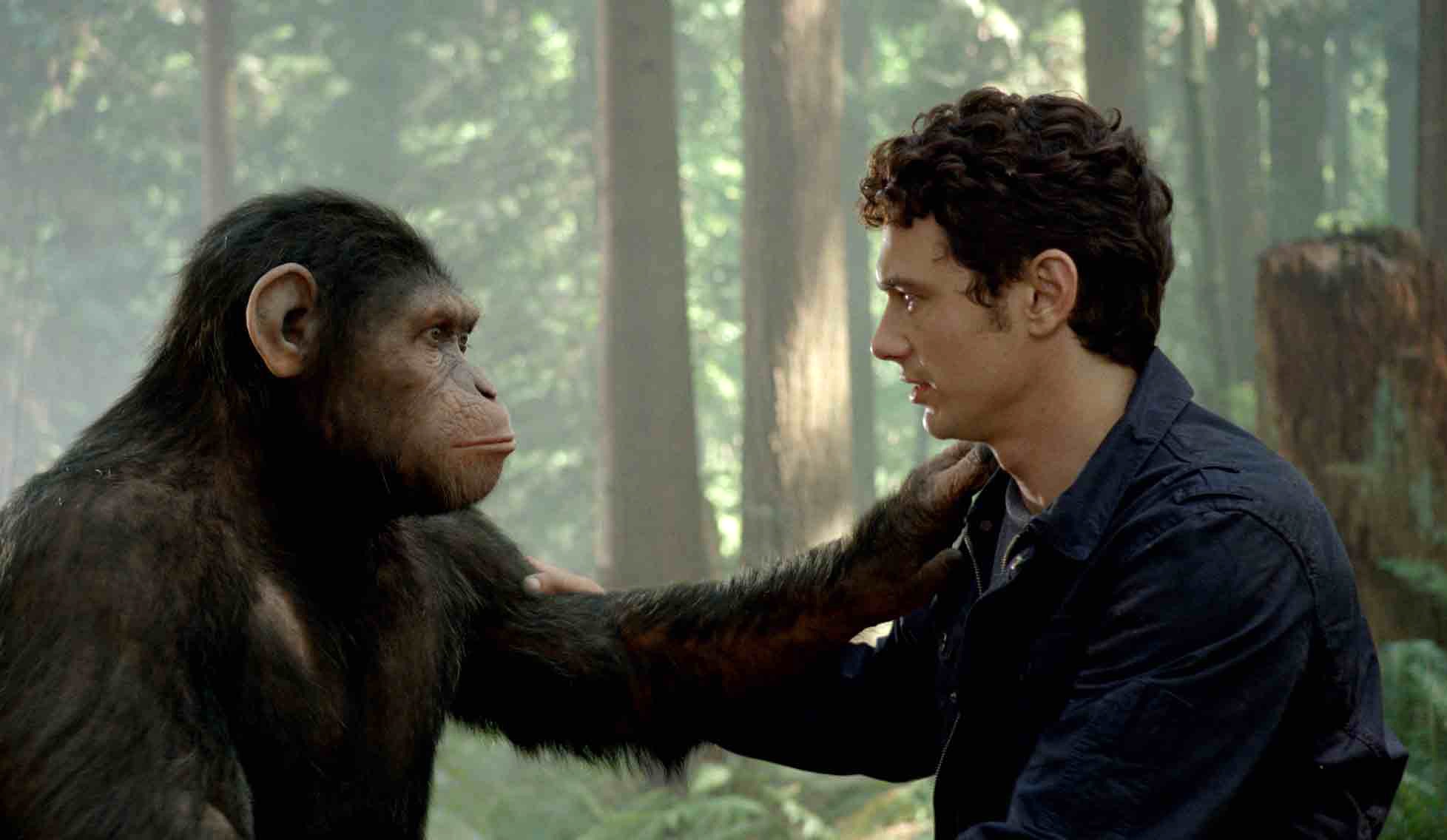 When I think back at some of my favorite moments with TMB I can’t help but think about “Rise of the Planet of the Apes”.  The movie was one of my favorite to review mainly because it was so easy and didn’t feel contrived in anyway while writing.  The movie had a lot of great things going for it including its cast, led by James Franco.  That being said I’ve been quietly cheering on the production of the sequel “Dawn of the Planet of the Apes” and feel excited about re-visiting the world inhabited by Andy Serkis’ “Ceaser” and James Franco’s Will Rodman… so why hasn’t anyone spoken to Franco about the project?

Rise of the Planet of the Apes star James Franco tells MTV that he hasn’t heard anything lately from the production.


“I was going to be a small part of the next one,” he said. “There was a moment when Rupert Wyatt was going to direct the second one. A lot of the human characters that were in the first movie were dead in the sequel that Rupert was going to direct. But there was one scene, between Caesar and my character, maybe even just like on a video that was left behind, but then a lot of things happened, like [former Fox co-chairman] Tom Rothman who was a big part of the first movie, left. Now Rupert’s not a part of it so I don’t know. My guess is I won’t be in it. Nobody’s talked to me since Rupert left.”

In reality I can totally imagine a film without Franco’s character and I understand that he’s not a requirement for the next film to be entertaining.  In all rights, the last film was Caeser’s story, not Franco’s, and the continued adventures with his rise to power is a natural progression for the story.  But the fact that they haven’t even spoken to the guy is just cold, and this may be his way of sending a wink and nudge to the folks behind the film that he might’ve had a part in the original being a success. Let’s see how things pan out from here…