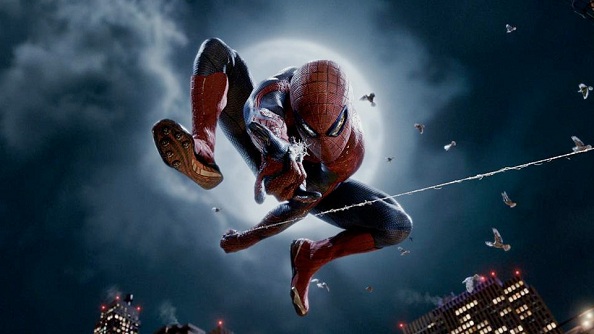 Thanks to an article over at MTV, we now have some confirmed facts about the sequel to “The Amazing Spider-Man.” Although there were a few of you Raimi loyalists, *cough* Anthony *cough* who hated on the film, I thought the film was a welcomed addition to Spider-Man films and lived up to the name. From what was stated at MTV, I think the next film has potential for vast improvements. Here is what we know…

In an earlier article from MTV, Sony was said to have referred to the film as “the first installment in a movie trilogy.” Obviously this means that there will be two other films, making it an official reboot to the franchise by having the same amount of sequels.

Although they are not “officially” signed yet, Alex Kurtzman and Roberto Orci from J.J. Abrams’ Bad Robot group are on board for writing the next film. The great thing about these writers is that we know what they are capable of and they have both shown their admiration for Spider-Man and bringing him into the real world.

3. The Bad Guy is still unknown

This one is obvious for everyone who has seen the film, but the mysterious figure after the credits is still a mystery. There is a lot of speculation as to who the mysterious figure may be and if he is in fact the villain for the next film. Marc Webb will not reveal any details about this character, so unfortunately we are still waiting on details to be leaked.

2. They could use the Death of Gwen story arc

If you are a “true” Spider-Man fan then you know about the importance of the death of Gwen Stacy in the comics. It’s probably the most tragic moment in Spider-Man history and to introduce this in the next trilogy could create the most powerful Spider-Man film we’ve seen. With Gwen Stacy being the main love interest, this is definitely a possibility. Even Emma Stone is on board and in fact she actually wants it to happen.

1. Spider-Man’s outside world will expand

Marc Webb has stated that The Daily Bugle is an important part of Spider-Man and this could mean the return of J. Jonah Jameson. So with the possible return of The Daily Bugle, there could also be a multitude of stories tied to this. A lot of time was focused on defining the “new” Spider-Man in the first film and now there is time for the outside story to expand and who knows what that will bring.