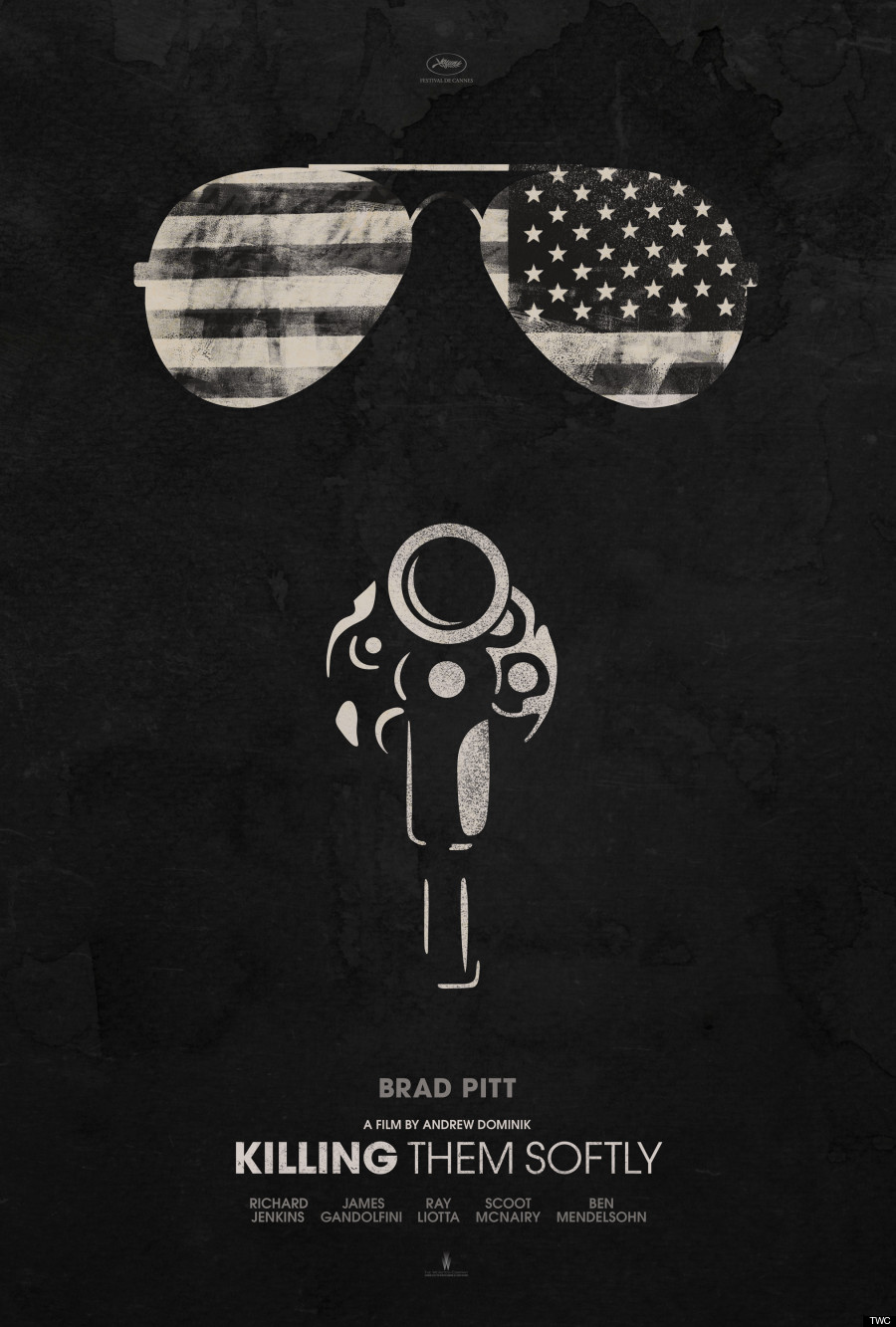 Yes, I know we just had a poster and I tend to get complacent of over saturation but some how this doesn’t apply here. 2 new posters for the Brad Pitt film Killing Them Softly have appeared online and take us back to a time when wanted posters and guns were viable mediums of advertising. I actually like them both a lot. The 2nd one is more art-sy so it will reverberate in my head the longest but let’s not dismiss the 1st one with a wanted poster look for Pitt’s Cogan. I’m still wondering how this film will be marketed from here on out as thus far it’s been fairly muted but as the movie approaches wider release I’m sure they’ll lean a bit more on the Pitt appeal, no?