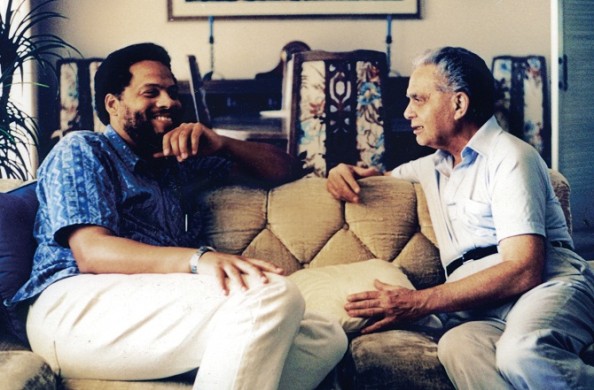 There are many important roles in film making, but only a few are visible to the public eye. As the screenwriter is responsible for a film’s dialogue, the storyboard artist is responsible for the layout of many key scenes in a film. You can get lucky and win an opportunity, like when you play games online on a live casino review website . I had a chance to speak with David Russell, an artist who got his start working as a Storyboard Artist on Star Wars: Return of the Jedi and has influenced many significant films since then.

Mr. Russell, thank you so much for your time today. It’s quite an honor to be speaking with someone who had a part in the production of Star Wars: Return of the Jedi with me being a huge Star Wars fan.

Thank you so much. I’m a huge Star Wars fan, too. I was standing in line with my friends back in ’77 to see Star Wars, and then eagerly lining up again and again and again. You can imagine my feelings when I began working on Return of the Jedi…just unbelievable.

Well that’s quite a film to start on, how did you ever get the opportunity to work on that film?

Like the hundreds of other artists who were dying to work on Jedi, I was unable to get past the Lucasfilm front office. I happened to mention my problem to a good friend Jack Vance, a noted science fiction writer. It turned out that he was currently negotiating with Lucasfilm over the rights to one of his novels. Jack kindly suggested that I fly to Oakland, and he’d put a call into Lucasfilm to discuss his business, and afterwards hand the phone to me. Lacking any other option, I did as he suggested, and, probably out of consideration for Jack, ILM visual effects supervisor Joe Johnston agreed to an interview. However, he was impressed with my work—and so was Lucas, because shortly thereafter I was hired as a storyboard artist on Return of the Jedi! It was certainly a magic moment.

David Russell’s storyboards from Star Wars: Return of the Jedi

So you got your start on Return of the Jedi, where did you go from there?

After completing my assignment on Jedi, I returned to Los Angeles, ready and eager to pursue my budding career in the film business. But there was a problem: working on Jedi had given me a stellar credit—but Lucasfilm, an independent company, was not a signatory to Hollywood’s unions. In order to work on union films (which comprised the bulk of industry production), an artist needed a union card—and you could only earn this by working for 30 days on a union film. However, it was illegal to hire a non-union artist on a union film! Certain unscrupulous Hollywood producers took advantage of this situation, and, like many other aspirants, I would sometimes be hired illegally, then fired on the 29th day of my employment to avoid breaking me into the union, and paying the subsequent penalties. Not a very happy situation! Still, I did gain additional live-action film experience in this manner, and supplemented my income by working for Marvel on animated productions such as The Transformers.

Wow, what a Catch-22, how were you able to get into the union?

Well finally, in 1985, Dan Quarnstrom (an Art Center schoolmate) recommended me to union illustrator Ed Verraux, who needed a clean-up artist for one of his film storyboard projects. Ed was pleased with my work, and , when Steven Spielberg began developing The Color Purple, this kind soul (whose credits included ET and Raiders of the Lost Ark) convinced Spielberg to give me an interview. Both producer Kathleen Kennedy and Steven responded strongly to my portfolio, and hired me onto the show. In this way they broke me into the union, and I remain grateful to both of these fine people.

That’s very impressive to have had such an impression on Spielberg. Flash forward, you come to work on Red Tails how did that come into play?

I received a call from the producer Rick McCallum, at the request of George Lucas.

I heard you had somewhat of a personal connection working on this film, would you like to tell me about that?

Yes, my father was a Tuskegee airman—and the most interesting thing about his WW2 experiences was the information that he withheld. I eventually learned that the airmen made a pact to hold back knowledge of the terrible racism they had endured. They did this so that their children would not grow up bitter or unpatriotic.

Wow, what a noble decision, that truly shows how honorable these men were.

They definitely were extraordinary men.

So David, you seem to have a very strong base of inspirational figures to reference, where would you say your inspiration come from?

That’s a good question…I would have to say Jack Kirby. I picked up my first Jack Kirby comic around 11 or 12 and it was something about his keen visual narrative that set off an explosion in my mind. I later had the chance to meet him and he became a great friend and mentor. I’ve applied his narrative techniques in all of my films. I believe to this day that comics are one of America’s most powerful art forms.

Comics have a very strong foundation to work from. With your own creative foundations already established, how has each Director’s stylistic preferences influenced you as a storyboard artist?

Each new film project demands a new visual approach and part of the storyboard and concept artist’s job is to adapt. Each new project has its own challenges, and offers a new level of creative potential.

One particular director that has a certain stylistic preference is Tim Burton. I saw that you worked on Batman in 1989 which he directed, how was it working with someone who has a trademark stylistic approach to film?

In the early stages Burton was trying to connect the classic Batman with the Dark Knight. It did seem that he wasn’t very familiar with the character. Burton is not a particularly adept storyteller, but his visual signature is truly amazing.From the outset, Tim wanted Batman to be a very dark film. I started out designing in pencil, then black, but Tim kept wanting an even darker style, of imagery, so at the very end of my assignment, I switched to white pencil and black paper.

You can see how this concept image translated to the actual scene on the big screen.

That seems like Tim Burton’s signature style, David is there anything you’re working on currently or something we can look forward to in the near future?

I’m slated to begin work on a new feature film sometime in May. I’m currently designing 13 science fiction novel covers for Spatterlight Press, which is publishing ebook versions of all Jack Vance novels.

David thank you so much for your time, the conversation was very enjoyable and enlightening.

After the interview David and I continued the conversation. It was one of the most enjoyable conversations I had and learned a lot from our conversation. Speaking to him, I saw what a down to Earth guy he is and how passionate he is about his work. He is a fan, just like the rest of us, who pursued his dream and has achieved so much in the business. Looking at his work above and the rest below you can see how his contributions to film have greatly impacted Hollywood. I implore everyone to seek out work with his name on it because his passion and talent definitely shine through. As an added bonus, take a look at the concept art for the Robin story which was not used in Batman (1989).

Unused storyboards for the Robin story from Batman (1989)