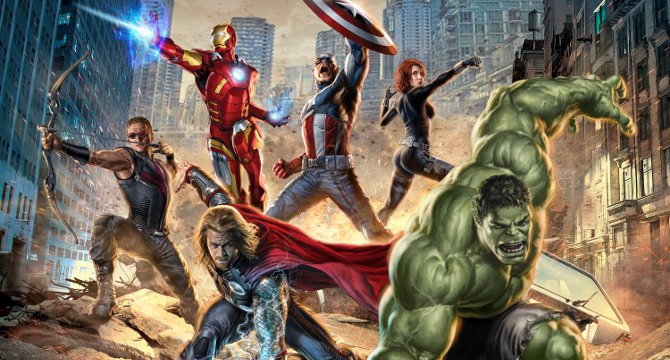 A new, German, trailer appeared online showing some previously unseen footage for the Avengers. This particular trailer has enough new footage for me to want to share so have at it and share your thoughts in comments already!
Via: MovieWeb

I recognize some of the new footage from what was shared with attendees of the NYCC. That footage is where you see Banner talking to the Black Widow in that shack before… well, I won’t ruin it but there’s clues in there! I loved the part with Banner ‘Hulking’ out. Sometimes, within all the excitement for this film, I forget that the Hulk is “the freaking Hulk” and is more than likely the most powerful member of the team.

Another thing I’ve continued to notice is the absolute lack of any villain. Sure, we see Loki doing some villainous looking stuff throughout the trailer, but if you look closely you’ll notice that the explosions and mayhem within the NYC street are caused by an unseen threat and they don’t actually show Loki blowing that stuff up. Can’t wait for the big reveal or at least a version of this trailer I can fully understand aside from Tony Stark referring to himself as a ‘playboy’.

Yeah, this threw the radar in a frenzy for a bit and I’ll update you guys as soon as I have more to share.