Warner Bros. Discovery is being sued by the Illinois police pension board and is accused of misleading shareholders about the number of HBO Max subscribers. Warner Bros. Discovery has been in a rocky transition ever since the two companies merged earlier in the year. The road to redemption seems like a long road for the company after a series of questionable moves and choices. 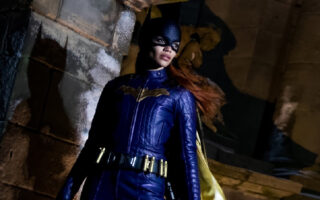 Over a month ago, Warner Bros. Discovery shocked fans when they canceled the now infamous Batgirl film. On top of that, several projects have slowed, release dates have shifted and no one knows what’s going on with the DC Films division. The President of DC Films, Walter Hamada almost quit after the Batgirl debacle but agreed to stay on until the release of Black Adam in October. With everything going on Legendary Entertainment is looking to part ways with Warner Bros. Discovery and who can blame them. Needless to say, Warner Bros. Discovery is a mess right now and it looks like things are going to get worse before they get better.

A lawsuit filed by the Collinsville Police Pension Board, a shareholder of Warner Bros. Discovery stock, claims that the company cooked the books on the number of HBO Max subscribers. They are accusing Warner Bros Discovery of misleading shareholders and overstating the number of HBO Max subscribers by as many as ten million. WarnerMedia seems to have included customers of AT&T who received a bundled service plan but did not actually subscribe to the platform. CEO David Zaslav and CFO Gunnar Wiedenfels are named as defendants in the lawsuit. You can see an excerpt from the class-action lawsuit below:

“WarnerMedia was improvidently concentrating its investments in streaming and ignoring its other business lines … [and] overstated the number of subscribers to HBO Max by as many as 10 million subscribers, by including as subscribers AT&T customers who had received bundled access to HBO Max, but had not signed onto the service.”

This is just a mess. If you aren’t convinced that Warner Bros. Discovery is in a downward spiral, there is no denying it now. The stuff with DC Films is one thing, but this lawsuit shows us how screwed up Warner Bros. Discovery is from top to bottom. For once, I am not going to give my usual hopeful thoughts, because if this lawsuit and the allegations are true, there may be no “silver lining” for the company. This whole thing is upsetting and shows how far the once mighty company has fallen since the merger.