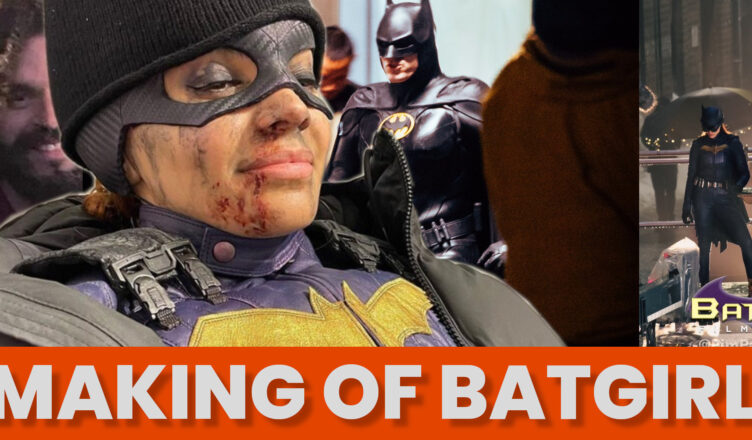 New behind-the-scenes footage from the canceled Warner Bros. film Batgirl showcases Brendan Fraser as the DC supervillain Firefly. Warner Bros. Discovery recently shelved the nearly $90 dollar film Batgirl, meaning they won’t release the film on any platform. The news comes as a shock to fans who are waiting for the film to release. The story of Batgirl speaks to a larger problem at DC Films, which is currently “shaking things up” and focusing on quality films.

Batgirl began production in 2017, and since then, has undergone several reshoots and rewrites. Adil El Arbi and Bilall Fallah directed the unreleased film and it starred Leslie Grace as the titular Batgirl, aka Barbara Gordon. Brendan Fraser was going to be the villain of the film and was cast as the DC character Firefly, aka Garfield Lynns. Firefly has a long history at DC Comics which began when the character was introduced in Detective Comics #184 in June of 1952. Firefly is a character that is a  sociopathic pyromaniac with an obsessive compulsion to start fires. While the character was originally a male, there have been several representations of Firefly as a female. Most notably in the show Gotham as portrayed by Michelle Veintimilla.

Our first look at the supervillain Firefly comes to us from the subreddit DCEULeaks. User dramatic_tempo posted the video which showcases several facets of the film behind the scenes. We get to see Brendan Fraser’s Firefly in action as well as Leslie Grace as Batgirl. They are performing several stunts on a street and there is even a brief glimpse of who we assume is Michael Keaton as Batman. The footage is quite extensive and gives us our best look yet at the shelved Warner Bros. film. You can see the full video below:

This footage just makes me want to see the movie even more than I already did. The effects look pretty cool and the action scenes don’t look like they are too terrible. How bad could this film really be? Is Warner Bros. overreacting? These questions will probably never get an answer as the film rots on a shelf somewhere. It’s just a shame. This whole situation has my curiosity piqued. Maybe that’s the plan, to get people interested by saying they will never release it and then release it down the line. I know that’s a bit conspiracy theorist, but the coverage of the canceled film has been insane. Nobody really cared about the film before and now fans are clamoring to see it. Maybe Warner Bros. will release the film in the future, but for now, they have zero plans to release Batgirl on any platform.

Film Synopsis: Based upon the popular DC character, Barbara Gordon dons the guise of Batgirl to fight crime.