Netflix’s live-action Avatar: The Last Airbender series is currently in production and just added a whole bunch of new actors to its already incredible cast. After a failed live-action film from M. Night Shyamalan in 2010, the new series is highly anticipated. The exit of the original creators of the animated series worried the show’s long-time fans. However, announcements of the Avatar: The Last Airbender live-action cast did a lot to alleviate those concerns. With 20 new cast additions, those worries are dissipating with each day.

Avatar: The Last Airbender is the story of a boy named Aang. This boy wakes up in a war-torn world full of elemental magic. Aang then embarks on a mythic quest to fulfill his destiny as the long-prophesized Avatar. The Avatar is a being of legend who could master control of all 4 elemental forms of magic.

As reported by Variety, The Avatar: The Last Airbender live-action cast adds some amazing new actors to the show. Most notable of which is Amber Midthunder (Prey) who plays Princess Yue, the spiritual leader of the Northern Water Tribe. Joining her are Utkarsh Ambudkar (Never Have I Ever), Danny Pudi (Community), and Lucian-River Chauhan, playing citizens of the Earth Kingdom. C. S. Lee (Dexter) plays Roku, the incarnation of the Avatar directly preceding the main protagonist of the show. Aang.

The legendary George Takei (Star Trek) joins the Avatar: The Last Airbender live-action cast as the voice of Koh, an ancient spirit, along with many others of various calibers. The new cast members are joining the previously announced Ken Leung (Old, Lost) playing Commander Zhao, an antagonist, and Daniel Dae Kim (Lost) who plays the main villain of the series, Fire Lord Ozai. Along with main lead Gordon Cormier as Aang, Kiawentiio as Katara. Accompanying them on this journey is Ian Ousley as Sokka, brother of Katara. 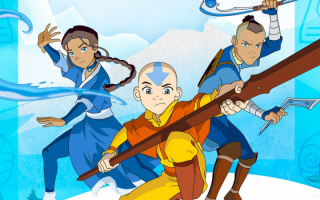 What I’m really excited about in this Avatar: The Last Airbender live-action casting announcement is how diverse the ensemble is shaping up. One of the major complaints of the Shymalan Avatar movie was how certain characters, including the lead, were whitewashed. Albert Kim, the showrunner of the Netflix series is definitely putting care and nuance into every aspect of developing the series thus far, to keep it authentic to its source material. Which is always a good sign. The fact that the cast is actually pretty talented in their own right is just icing on the cake. Here’s hoping that this is the live-action Avatar we’ve all been waiting for.

Avatar: The Last Airbender is currently in production, with no release date as of yet.

Amazon Cancels Carnival Row After 2 Seasons, For Some Reason