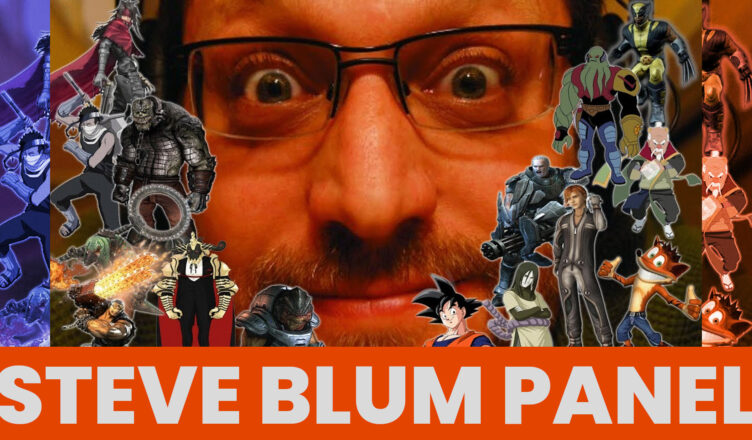 It is great to attend in-person panels again and this year Fan Expo features some fantastic panels. Below you will find a video from the panel featuring voice actor Steve Blum. Steve Blum is no stranger to the nerd community as he is known for voicing In September 2000, Blum voiced TOM, the robotic host of Cartoon Network’s Toonami programming block. In animation, he is the voice of Heatblast, Ghostfreak and Vilgax in the Ben 10 franchise, Starscream in Transformers: Prime, Count Vertigo in DC Showcase: Green Arrow and Young Justice, Red Skull, Beta Ray Bill and Wolverine in Wolverine and the X-Men and The Avengers: Earth’s Mightiest Heroes and Amon in The Legend of Korra.

Held at Metro Toronto Convention Centre  FanExpo Canada 2022 took place between August 25-28, and in the video below,  ( by Marquel) you’ll see one of our favorite voice actors from the Fan Expo weekend.

Blum began his career in 1984. His credits include the voice of Spike Spiegel in Cowboy Bebop, Zeb Orrelios in Star Wars Rebels, Mugen in Samurai Champloo, Roger Smith from The Big O, Orochimaru and Zabuza Momochi in Naruto and Wolverine in multiple Marvel productions. In video games, he provided the voice of main protagonist Jack Cayman in MadWorld, Tank Dempsey in the Call of Duty series, Professor Galvez in Metal Gear Solid: Peace Walker, Ares in God of War and God of War: Ascension, main protagonist Grayson Hunt in Bulletstorm, Brimstone in Valorant, Zoltun Kulle in Diablo III, Sub-Zero in Mortal Kombat X and 11, Hal Jordan / Green Lantern in Injustice 2, Grunt in Mass Effect 2 and 3, Oghren in Dragon Age: Origins and Rytlock Brimstone in Guild Wars 2.

Fan Expo Canada is a fantastic show and it is exciting to share our experience at this year’s event in Toronto. This year’s show is our first time attending a FanExpo but we have experience from years of the New York Comic Con. 2022 is the first show in Toronto since the onset of the pandemic and It’s great being able to attend in-person this year.