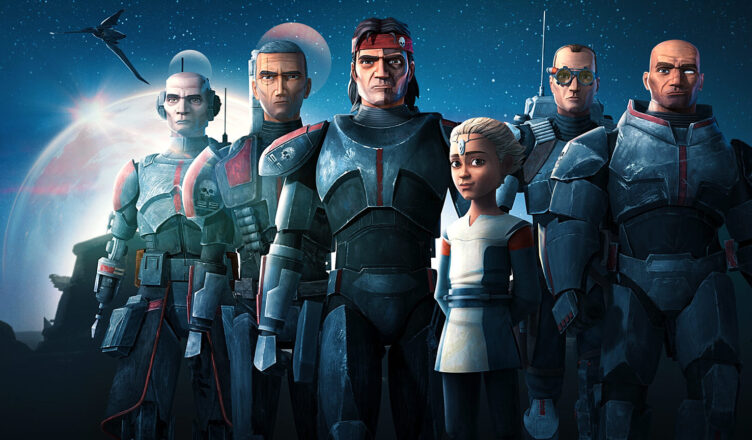 Star Wars: The Bad Batch Season 2 is confirmed and will be coming to Disney Plus in 2024. Star Wars: The Bad Batch Season 1 premiered in 2021 and featured a team of augmented clones following the events of The Clone Wars. The show was received well by both critics and fans alike with an impressive 86% on Rotten Tomatoes. The series features the voice talents of Dee Bradley Baker as well as Michelle Ang and Noshir Dalal.

We now know that Star Wars: The Bad Batch Season 2 has a tentative release date of 2024 that’s to confirmation at D23. The season will start with a two-episode premiere and will feature 16 episodes in total. No other news is releasing at this time at D23, but at least we know Season 2 is in the works. After the events of the first season, it will be interesting to see where they go from there, but given the team behind the series, it is sure to be excellent. You can see a tweet with the Season two announcement of Star Wars: The Bad Batch below:

I couldn’t be more excited about Season 2 after just watching Star Wars: The Bad Batch Season 1 . Sure it’s about two years away but I’m sure it will be worth the wait. The show is genius and following “The Batch” on their adventures was awesome. I especially liked how they explored Order 66 and what that meant for them as clones. It also explained why the clones followed such a ridiculous and messed-up order in the first place. I mean, the Jedi were their Generals and they turned on them without hesitation. The mental conditioning explains that, and also shows how Kanan Jarrus aka Caleb Dume got away. Which was something they didn’t explore in Star Wars Rebels. As I said, I love the show and can’t wait for the second season. You can catch Star Wars: The Bad Batch Season 2 when it hits Disney Plus in 2024.

Synopsis: The ‘Bad Batch’ of elite and experimental clones make their way through an ever-changing galaxy in the immediate aftermath of the Clone Wars.