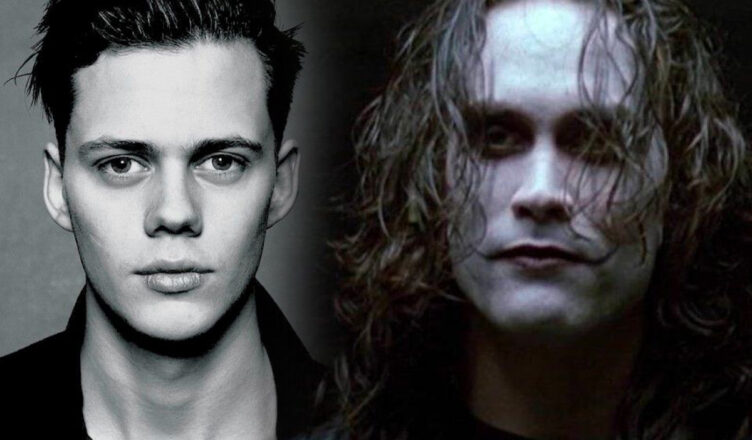 The Crow film franchise is one that I don’t hear about often anymore. The original film with actor Brandon Lee was a big success upon release. Now we’re learning from Variety that the franchise is making a comeback and Bill Skarsgard joins the cast:

Skarsgard will play Eric Draven, the man on the revenge mission. Zach Baylin, who is coming off an Oscar nomination for penning King Richard, wrote the script.

The project is well into preproduction ahead of a June start date, with shooting to take place in Prague and Munich. The budget is in the $50 million range, and it does appear like the film will actually take flight.

This is the latest in a long line of reboot attempts to bring The Crow back to theaters. Bill Skarsgard follows actors Jason Mamoa, James McAvoy, Bradley Cooper, Mark Wahlberg, and more as the latest actor to associate with the role. My interest in this franchise is not the same as it was. It’s been years since The Crow was popular but maybe director Rupert Sanders and Bill Skarsgard can do something to revive my interest?

I have to imagine Bill in the role. I think he can do something cool with this character. That’s all for this one…

The first movie, released in 1994, was a critical and box office hit and gained a fervent cult following after the on-set death of star Brandon Lee.

A sequel, titled The Crow: City of Angels, starred Vincent Perez. It was released in 1996 and was followed by two more films, The Crow: Salvation (2000) and The Crow: Wicked Prayer (2005), with Eric Mabius and Edward Furlong as the respective leads. There was even a late-1990s TV series that starred Mark Dacascos. But since Wicked Prayer’s 2005 opening, the franchise has seen plenty of lift and drag.