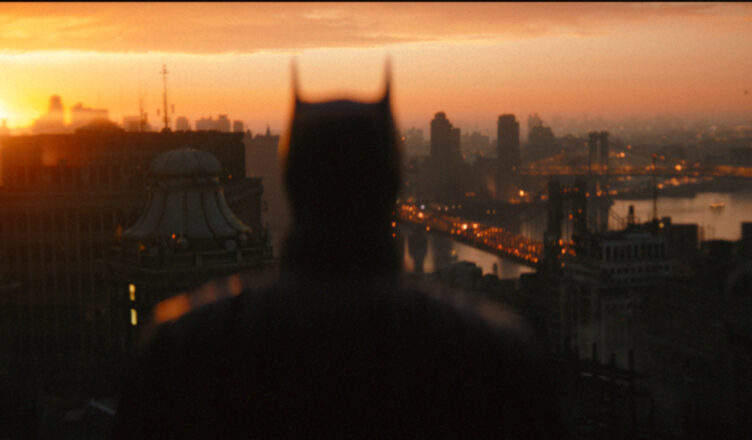 Netflix, Pathe, Amazon, Disney+, and the cinema are jam-packed with old movies and new movies that you need to see this year.

Either way, going out or staying in here are some of the films you need to see in 2022. 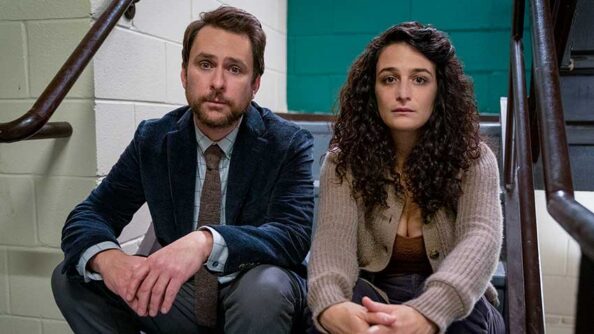 I Want You Back

Starring Charlie Day and Jenny Slate, a pair who decide that the best thing they can do is break up their exes’ new(ish) relationships. A recipe for disaster for sure, but a rom-com with a healthy dose of cynicism and sweetness nonetheless.

It might remind you a little of the 2018 movie The Breaker-Uppers, where there was a company dedicated to breaking up relationships and would gladly accept payment to do so.

It is an Amazon Orginal, so you’ll need a subscription or trial to watch it.

Of course, like with all good rom-com movies, there are some ups and downs – but it all comes good in the end.

An easy watch that has done reasonably well on Rotten Tomatoes with 87%. 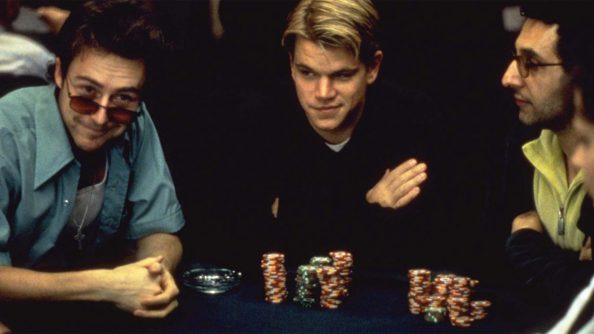 A cult classic that has some big names. Matt Damon and Edward Norton star as a pair of intelligent poker players; however, one of them doesn’t know when to quit.

Fresh out of jail, Edward’s character gets in trouble and drags Matt along with him. Although the film was released in 1998, it saw a huge revival in the 2000s, and then again around ten years later with the rise of the online casino.

With debts to pay off and thousands on the table, it is a great movie to watch if you have a vague interest in either poker or that 90s movie vibe and soundtrack.

An audience score of 87% from over 50,000 viewers on Rotten Tomatoes puts Rounders firmly in the ‘must see’ category. 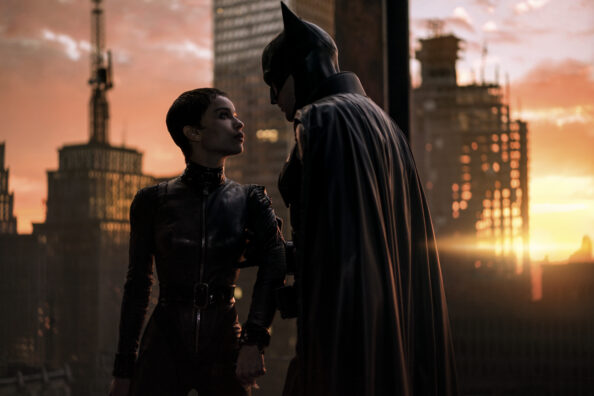 A long-awaited movie that is set to light the hearts of Batman fans across the globe. Although there were some questions about Robert Pattinson’s ability to be the hero that Gotham needs, almost all of the previous Batmen actors faced the same criticism.

As soon as the first trailer hit screens, all of the worries seem to have melted away. Early reviews of the movies from Rotten Tomatoes state: “NOT JUST A GOOD BATMAN MOVIE, BUT ONE OF THE BEST COMIC BOOK MOVIES EVER.” That is high praise indeed.

With Paul Dano, Colin Farrell, and Zoë Kravitz, the cast is set to make a huge impact on the audience. It is a must for Batman fans, comic book lovers and those who love a gritty action movie. 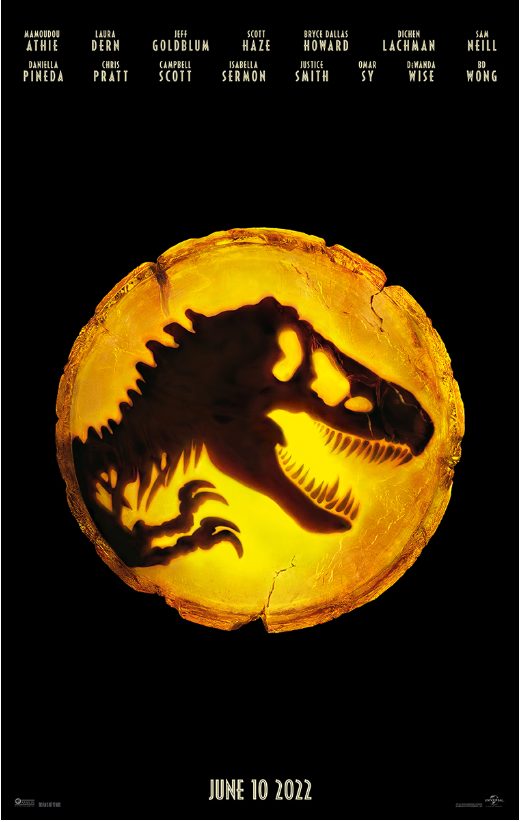 If you’ve been with the Jurassic Movies from the start, then you’re probably going to watch this one – no matter how bad the others have been.

Chris Pratt is back, as is Bryce Dallas Howard – and of course, we can’t forget the men that started it all, Sam Neill and Jeff Goldblum.

It has already been announced that this isn’t the last installment of the dino classic we are going to see, and in fact, it is just marking a new era of dinos.

Jurassic World: Dominion takes place four years after the destruction of Isla Nublar, and humans and dino live side by side. We see the characters navigate a new world and fight to keep humans as the apex predators. 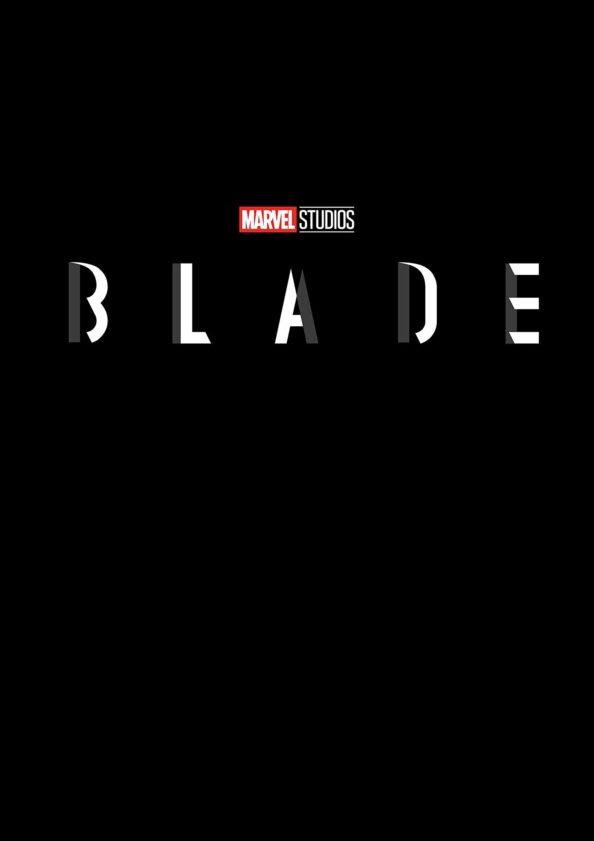 Between Interview With The Vampire and Twilight, there were a couple of vampire movies, one of which was Blade. Like Rounders, Blade was released in 1998 and was a huge success. Although it has sequels, you don’t need to (and maybe shouldn’t) watch them.

Stick with the original. Blade is based on the Marvel comic book character – a vampire with all of the perks of being a vampire, with some benefits of being a little bit human. He is a hybrid whose only goal is to hunt vampires.

Frost is one of his most persistent enemies, although he needs to fight his way through many baddies to prevent La Marga’s awakening.

The soundtrack to Blade is everything you want and more from an end of the 90s movie, and it has some great cinematics too.

With a whopping 250,000+ audience votes on Rotten Tomatoes, giving the movie 78%, it’s a cult classic to be enjoyed with pizza on a Friday evening. 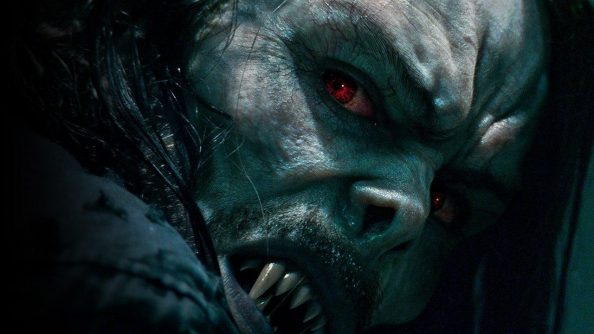 One of the Marvel Universe’s darkest and most fearsome antiheroes hits the screen in 2022. We have witnessed Jared Leto play a menacing Joker, and the stretch to a cruel and powerful Morbius doesn’t seem too far-fetched.

Michael Morbius has a rare blood disease, and while looking for a cure, he turns himself into an incredibly powerful vampire. What makes Morbius an interesting character is that initially, he set out to help people who were suffering as he did and, in doing so, unleashed his inner darkness and evil. The line between hero and villain has never been so thin (and confusing).

When it comes to cinematic releases, 2022 is set to be a great one for comic book lovers and those who love a sequel. There is something for everyone with a fresh take on Batman and even a Legally Blonde 3.

Or you can avoid the crowds, order a pizza and take advantage of all the originals from Netflix and Amazon.

Can’t get enough of the Bat? Read more: The Batman Review: A Fresh Take on The Dark Knight, And I’m Here For It.