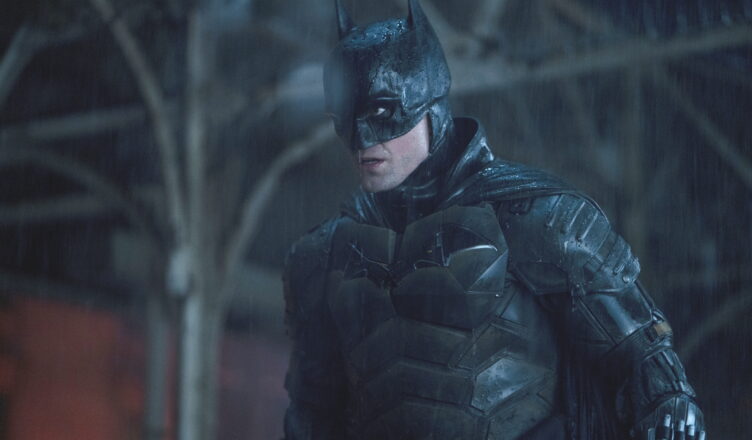 Two years of stalking the streets as the Batman (Robert Pattinson), striking fear into the hearts of criminals, has led Bruce Wayne deep into the shadows of Gotham City. With only a few trusted allies—Alfred Pennyworth (Andy Serkis), Lt. James Gordon (Jeffrey Wright)—amongst the city’s corrupt network of officials and high-profile figures, the lone vigilante has established himself as the sole embodiment of vengeance amongst his fellow citizens. When a killer targets Gotham’s elite with a series of sadistic machinations, a trail of cryptic clues sends the World’s Greatest Detective on an investigation into the underworld, where he encounters such characters as Selina Kyle/aka Catwoman (Zoë Kravitz), Oswald Cobblepot/aka the Penguin (Colin Farrell), Carmine Falcone (John Turturro), and Edward Nashton/aka the Riddler (Paul Dano).

When it comes to acting, Robert Pattinson does a fantastic job as Batman. He captured Batman’s strengths and vulnerabilities in his performance. I appreciated how Pattinson didn’t shy away from showing Bruce Wayne’s trauma since his childhood. It’s during these moments that Pattinson reminds us of just how damaged Bruce Wayne really is inside.

Other solid performances were given by the supporting cast. Most of the performances were origin stories for Batman’s rogue gallery, so a full deep dive into the characters wasn’t going to happen. Zoë Kravitz had a commendable debut as Catwoman.  I liked how she displayed her character’s flaws, burdens, and capabilities in the limited amount of time we got to see her. Zoë’s Catwoman stunt double made her look 10x better!

Paul Dano played an intriguing Riddler. He came off as a blend of the killer from the Saw movies, and Bane from The Dark Knight Rises. Even though I felt like I’ve seen this incel type of character before, I appreciated how Dano was able to present a unique Riddler nevertheless. Probably the best acting in The Batman came from Colin Farrell as Penguin. He completely disappeared into the role and I don’t just mean because of the excellent makeup job. His mannerisms and voice were unrecognizable, and you legitimately forget that Farrell is playing the character.

From the very beginning of the film, Gotham immediately becomes a city with a life of its own.  You can’t help but feel like it’s a real place, with serious issues of corruption. The way the city is depicted, one could quickly understand why a guy running around in a Batsuit could be believable.

This version of Batman was a refreshing take on the character. It’s important to note that his version is only 2 years into the game. With that known, it was fascinating to see him experienced with crime-fighting, yet still rattled by new challenges. Pattinson’s Batman really excelled at driving home the notion of using fear as a weapon. The use of shadows was brilliantly utilized to echo that same fear from the criminals in Gotham.

The most entertaining aspect of Batman was his violent outbursts of rage. He really would beat people up without letting up at all. I also really appreciated all his technology. Many of the gadgets are classics from the comics and even some from the animated series. The other thing to relish with this Batman is his complicated relationship with the police. His relationship with Jim Gordon was fun to see, but it was even more interesting to see Batman’s dynamic with the rest of Gotham PD. 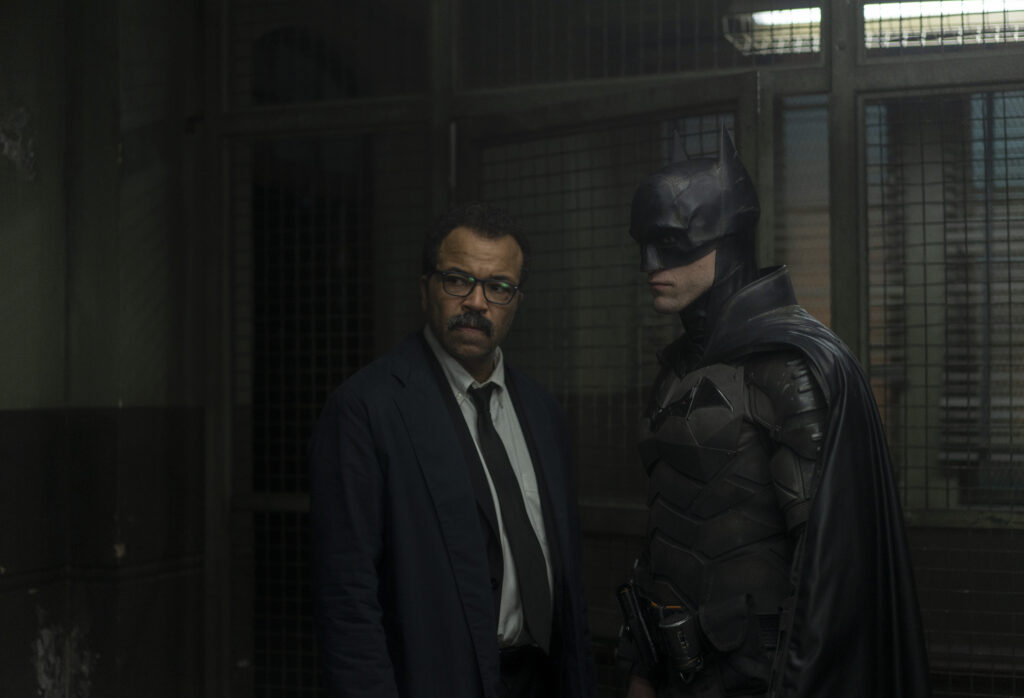 There are a lot of technical elements to The Batman that work well for the movie. One of the best things is the plot itself.  The mystery is the primary driving force to keep you locked in. Director Matt Reeves laid out an intricate story that has plenty of twists and turns. I liked how the puzzles and riddles in the film weren’t too easy to figure out. Not only that, but it makes you connect with Batman a little more because you get to unravel the mystery at the same time he does.

I also must give a ton of credit to Matt Reeves for nailing the themes in this movie. One of the main themes is vengeance, and it was very clever to see how that theme was portrayed throughout the film. It’s far more layered than just being a catchy phrase for Batman to utter out before he beats up a criminal. When you really think about it, it’s a theme that perfectly tied almost all the characters together in some way.

Lastly, I’ve got to talk about the amazing cinematography in The Batman. This raised the bar for so many scenes in the movie. The car chase scenes are one of the best I’ve seen in a long time and the cinematography was stellar. Matt Reeves often would use a specific over-the-shoulder, reverse-shot that would highlight one character and keep the action going in the background. You’ll notice this in the Penguin scene with Batman, as an example.

The relationship between Batman and Catwoman felt a bit rushed. It’s understandable that they would have a fondness or attraction for one another, but it felt like their relationship didn’t take the proper amount of time to develop.  I don’t think the sequence of events in the film gave enough support as to why they are drawn to one another. To put it another way, I think that the two characters could’ve used more shared experiences in the film to flesh out their connection a bit more. 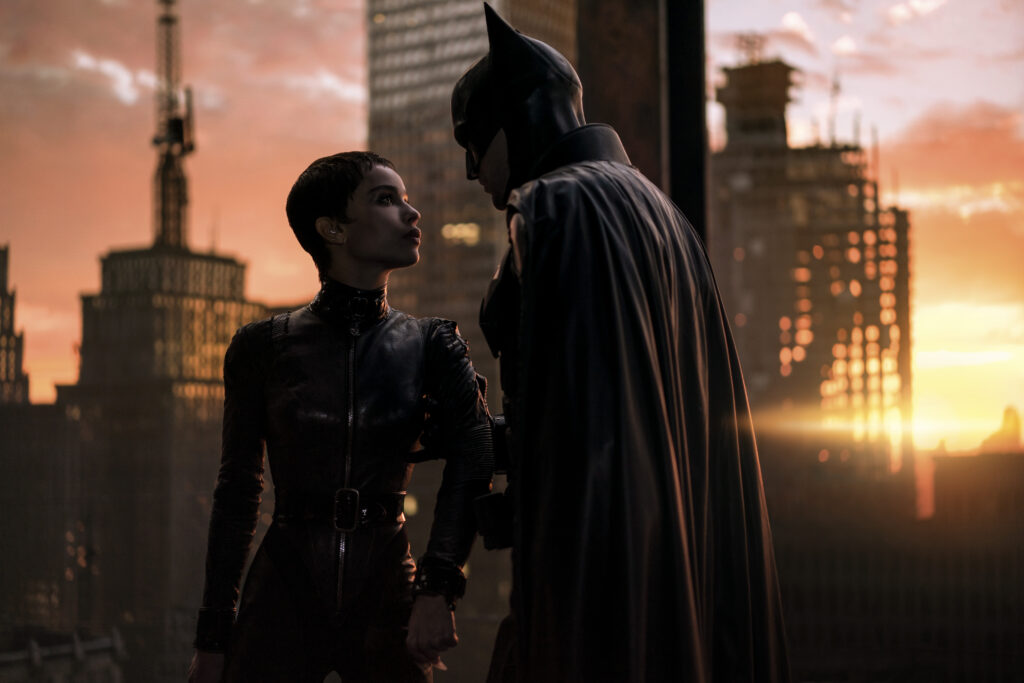 A minor issue in The Batman came with a questionable moment in the movie. There’s a scene where an iconic Batman piece of technology is introduced. The moment is perfectly set up with the right combination of music and sound effects to elevate the tension in the room. Then, for whatever reason, it’s ruined by an interruption. Imagine Captain America lifting Thor’s Hammer in Avengers Endgame, except he dropped it and it picked it back up again.

The Batman is a thrilling, cerebral drama that gives us one of the most realistic portrayals of the caped crusader to date. Matt Reeves was successful in blending action, mystery, and the necessary character development to keep viewers engaged from beginning to end. This is a psychological drama along the lines of the movie Se7en, except it just so happens to have Batman in it. It is 3 hours long (and you feel it), but the pacing is handled well enough. 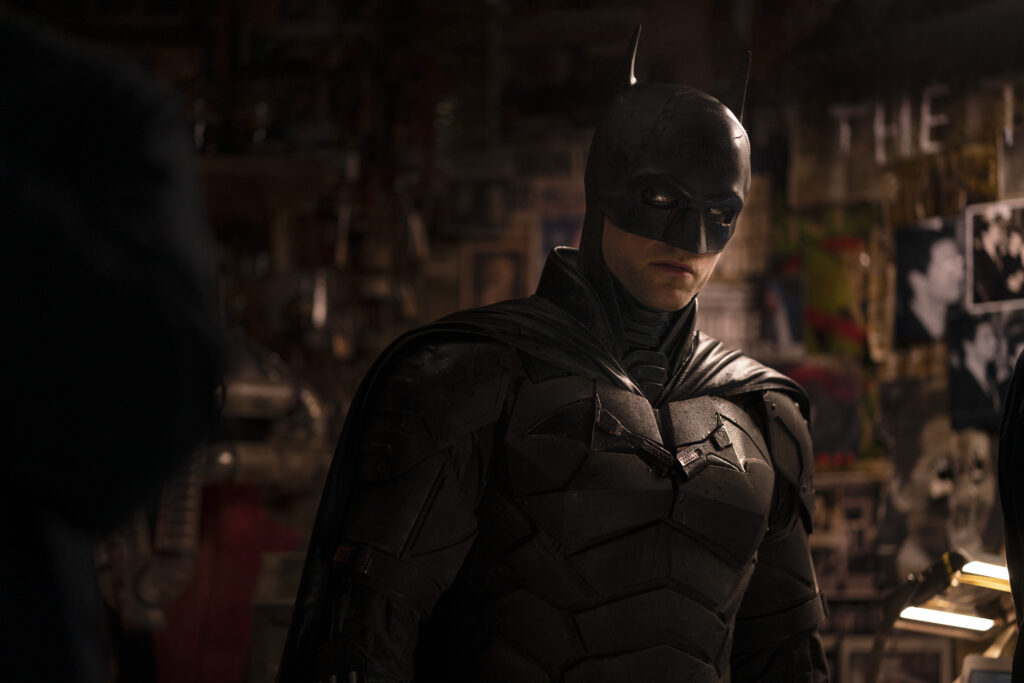 As a frame of reference, if you liked the graphic novels or animated films such as The Long Halloween, or The Killing Joke, then The Batman will be right up your alley. This is not your Justice League Batman. If you go in with that expectation, you’ll probably be disappointed. It’s important to understand that Batman is the central focus in this film, and not the action. Also, given the tone and subject matter, this probably isn’t the best suited for young viewers.

Overall, I like this version of Batman mainly because there’s so much more room to grow with him. This film also sets up a lot of potential for great storylines for future Batman films as well. The best part is that this all comfortably resides in its own world. There’s no need to compare it to other versions of Batman because this film isn’t trying to top other versions. It’s just trying to stand on its own two feet, and it accomplished that goal. I’d definitely recommend checking out The Batman in theaters as soon as you can. 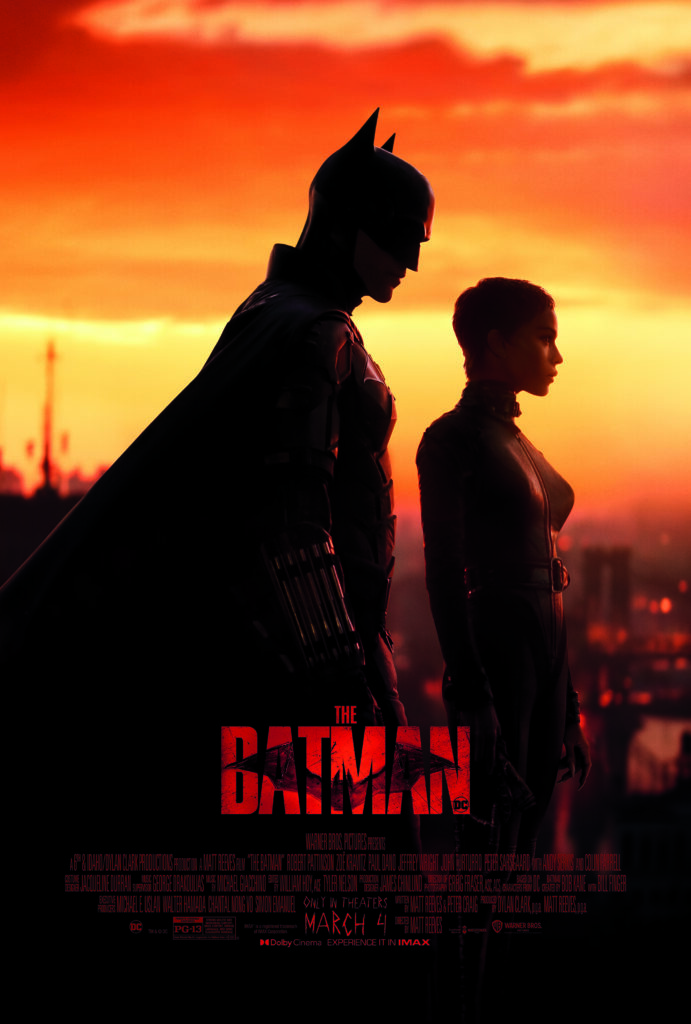