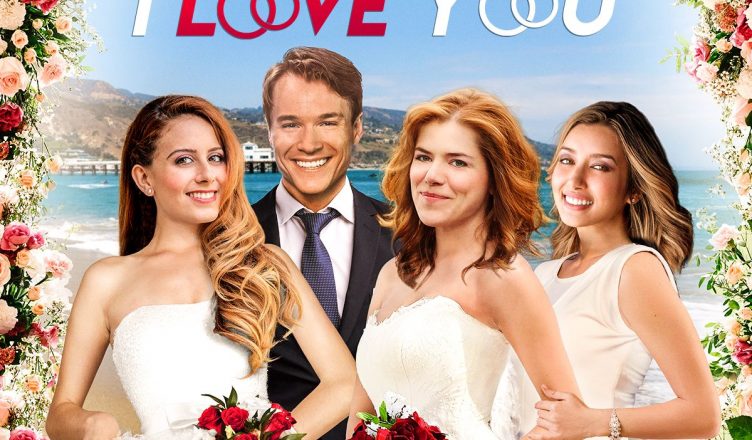 Despite too often times jarring evidence to the contrary, love is all around. This is the reassuring strand running through the new rom-com “Tell Me I Love You”. I spoke with Writer/Director Fiona Mackenzie about her charmingly quirky film.

“Tell Me I Love You” is a standard romantic comedy presented to us in an unconventional manner.  Not generally a fan of this genre, the approach appeals to me.  What inspirations and influences moved you to create this story?

So glad you enjoyed it! The first part of the answer was that I was living in NYC, working as a TV journalist, covering famous bands, as well as up and coming musicians. The way that many of my younger musician friends lived/worked/dated each other was very inspiring, very free. They were functioning as little family units-traveling together for months at a time, with only each other to hang onto. In a bus or a van, sometimes out of the country and certainly well out of their comfort zone. I thought this world was an interesting place to set the stage for a non traditional take on a romantic comedy.

The second part of the answer is, that for most of us, our original families are the source of many of our built-in impressions and attitude. I felt it would be interesting to disrupt some of the baked in, preconceived perceptions of a what makes a family unit, and present a truly new kind of modern tribe, that audiences could hopefully connect with. Who ends up with who combined with over reaching families have been appealing to audiences since Shakespeare’s “Twelfth Night”! So this was fun to play with, all the angles on who knows the truth, who’s dating who, and what’s really going on with this crazy trio living in Malibu.

Love manifests through a variety of bonds in “Tell Me I Love You”.  Friendship, marriage, child-parent, heterosexual, homosexual-all are relationships explored here.  This most emotional dynamic of our human condition seems to have been your primary driving force.  As both Writer and Director, what did you personally want to share with us about love?

I really wanted to show that people can live together, love each other, act as a family to each other but within a non traditional set up. There are so many different versions of family, and I think they all are valid and all need their time in the sun. For example I grew up with a small, very traditional family but with all of our relatives living overseas. So we did things together all the time, and had family holidays with our family and other family friends.

In terms of the love dynamics I also wanted to show that a relationship that was at one time romantic, but became broken, may eventually grow into something else that’s even deeper, as with Ally and Ben. Their college “romance” now shattered, turns into something more meaningful now they are older and have more at stake. I was also fascinated by the human desire to create a “nest”. From the minute we leave our own original nest (aka on to college, life or work) there’s a feeling that life might be more complete by recreating a nest, a safe haven, to protect ourselves from the challenges of the world. For many people in unconventional relationships- replicating the exact structure they had as children is not the goal- but something that mirrors it, might be.  So to this little family of Ben, Melanie and Ally, the fact that they are all in a band, raise a dog, share a house and a Netflix account, is to them their own little family structure which none of them wants to see destroyed by outside influences. For them that is their primary unit.

Independent film is in an enormously exciting place now.  So many talented filmmakers such as yourself are giving us well made and compelling movies outside of the mega studio mainstream.  What are your feelings about the current state of the indie film landscape?  What do you believe lies ahead?

I totally agree with you. It’s a very exciting time for storytellers in all genres. Especially as audiences have been showing up to support increasingly more unusual complex characters and expanded forms of storytelling than ever. Besides Tell Me I Love You, which is which is more of a light, fun summer romp, I’m also in development on a female driven Interpol espionage series, an LGBT fashion thriller, and a French revolutionary drama with a female lead-all very different. It’s exciting to see how the expanded global demand for content is taking us all into unconventional worlds we’ve rarely seen and have barely scratched the surface on. It’s not only extraordinary time for me as a writer and director, but also as part of the audience. I’m watching films and series from the U.S. and also from around the world every week. The stories that are being produced are just inspiring in every way.

I spoke with Writer/Director Fiona Mackenzie about her charmingly quirky film.