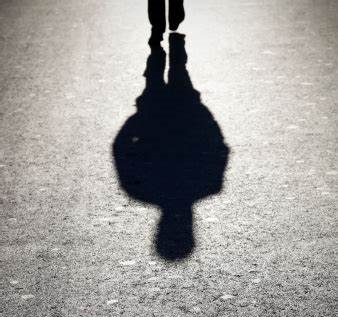 Ricky is in prison. He’s going to be there awhile. But for how many years?

This is the crux of the new short film, “Shadow Man”, as we listen in on a brief yet absorbing conversation between a desperate man and a woman who holds the fate of his life in her hands.

I talked with Writer/Director Roberta Pyzel about the motivation for her movie.

What inspired you as a filmmaker to create “Shadow Man”?

One day, quite by chance, I met a man just released from a prison upstate. As he spoke about his life and his daughter and his hope for the future, the character ‘Ricky’ started to take shape.

I’ve always thought that harsh MANDATORY prison sentences were cruel and a waste of life… so putting Ricky in a meeting with a legal aid lawyer became a way to put a human face on the subject of ‘justice’.

As a friend said recently: who has not made mistakes…can we repair the damage we have inflicted on ourselves and others…how do we move on?

One of the undercurrents running through “Shadow Man” is the distinct possibility-many would maintain the inevitability-that, despite his apparent sincerity, Ricky will go right back to the life of crime he has been living for years.  This was not expressly addressed in the film.  What are your thoughts?

I believe in Ricky. The fear and desperation that pushed him to the edge – to the breakdown that he describes – have opened him up. He faces the truth of his life…the pain caused. He is ready to move on. For Ricky, this is a tale of redemption.

Of course, the world being what it is, there is no telling what will happen next.

Pascal Arquimedes and Audrey Woods are uniformly exceptional, utterly natural in their respective performances here.  It is as if we are eavesdropping on a real-life conversation between prisoner and attorney.  Please speak about the casting of each.

I had seen Audrey Woods do a reading here in NYC a few years ago. When I started writing “Shadow Man” I wrote the part of Ms. Davis with her in mind.

Our producer, Nanette [Natal] looked through over a 1,000 headshots and watched countless reels before finding Pascal Arquimedes.

Both Audrey and Pascal are extraordinary actors; consummate professionals and a great pleasure to work with!!

Operating so often with a minimal budget, a compelling story is absolutely essential in independent film.  “Shadow Man” meets this challenge, gripping the viewer from the outset.  Indie flick fans are always abundantly interested in the filmmaker’s creative process, and with the “specifics of logistics” as regards the actual making of the movie (location, crew, equipment, etc.)  As both Writer and Director, let us in on your experience in bringing “Shadow Man” to market.

“Shadow Man” was produced first as a play here in NYC at the Players Club (with Audrey and Pascal).

When Nanette and I decided to turn the piece into an independent film, I found our cinematographer, Blaga Ditrow (www.lushlifefilm.com)….Blaga and I mapped out the lighting/ shooting plan; Nanette and I rehearsed with the actors and did all the pre-production work: finding a good location; getting wardrobe/props. I did some additional writing for the screenplay.

Nanette composed/recorded ‘Ricky’s Theme’ which plays at the end of the film.

We shot everything in one, LONG, day….loading in cameras, lights…and FOOD early in the AM and finishing up late that evening: worn out and happy!!

All of us, including Dimi Ditrow, our sound man, and our PAs, Martina Dimitrova and Jana Dimitrova, were prepared/focused that day…and most essential: everyone in our crew has a good sense of humor.

When Nanette and I reviewed the footage and worked on the edit, it was clear that we had captured the beautiful performances of Audrey and Pascal and that Blaga’s lighting/camera work had created exactly the mood that we wanted for this piece.

“Shadow Man” is available for complimentary viewing now at this link:

"Shadow Man" (2021): Reaching for a Ray of Light through the Darkness

"Shadow Man" (2021): Reaching for a Ray of Light through the Darkness

We listen in on a brief yet absorbing conversation between a desperate man and a woman who holds the fate of his life in her hands.

One thought on ““Shadow Man” (2021): Reaching for a Ray of Light through the Darkness”