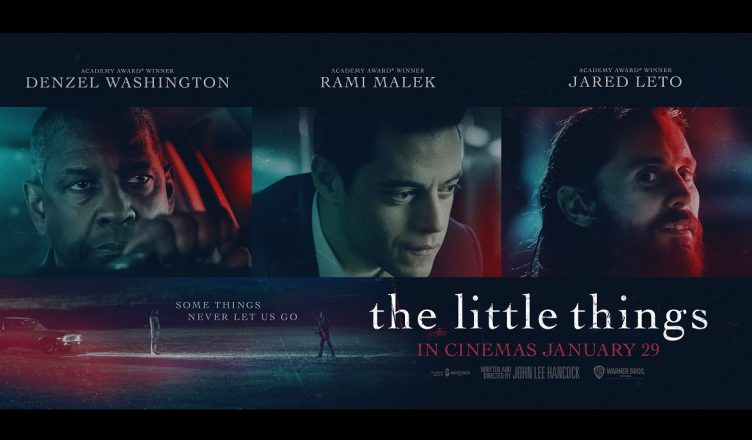 I’ll say this again. As I’ve said countless times before.

I love Denzel Washington. And I have since the ’80’s when the gloriously gifted actor first burst on the scene in the ground breaking television hospital drama series “St. Elsewhere”.

However, I am not so enamored of his latest motion picture, the psychological crime drama “the little things”. Oh, it’s not that Washington isn’t his usual solid self in the role of a beleaguered cop burdened with heavy emotional baggage while hot on the trail of a sinister and slippery serial killer. This is a guy who can’t help but be good, no matter the role nor the film. And co-superstars Rami Malek as a hotshot detective and Jared Leto as the scuzzball murderer both play in the same league.   But at over two hours this sordid story takes way too long to tell. And the energy to translate it lacks noticeably. Finally, and frustratingly, we are not drawn to invest in anybody we meet here.

So other than the megawatt marquee names attached to it, there is little else to recommend a puzzlingly punchless production.

Other than the megawatt marquee names attached to it, there is little else to recommend a puzzlingly punchless production.