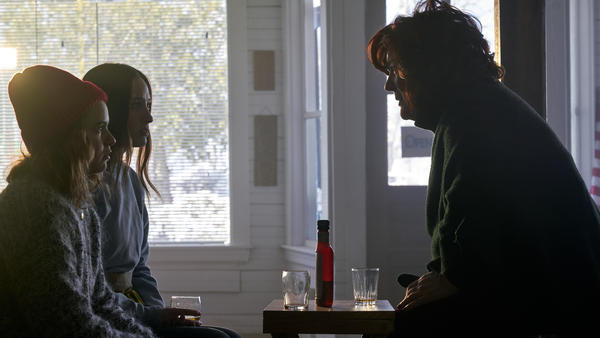 Evidently Co-Writers/Directors Bridget Savage Cole and Danielle Krudy that’s who. Their dark crime dramedy “Blow the Man Down” (shot entirely in Maine and available soon on amazon prime video) is equal parts silly, savage, dramatic, deranged, hilarious and horrific. Now that’s a lot to bite off to be sure, but this is a cast up to the task.

Add to this eclectic ensemble a quartet of sensational singers who periodically contribute rousing renditions of traditional classics to the proceedings and you’ve got a helluva chance of finding something that’ll put the wind in your sails while these colorful characters huff and puff and “Blow the Man Down”.

"Blow the Man Down": Who knew Maine could be so Menacing?

What is the Main(e) MalFUNCTION with these People?!