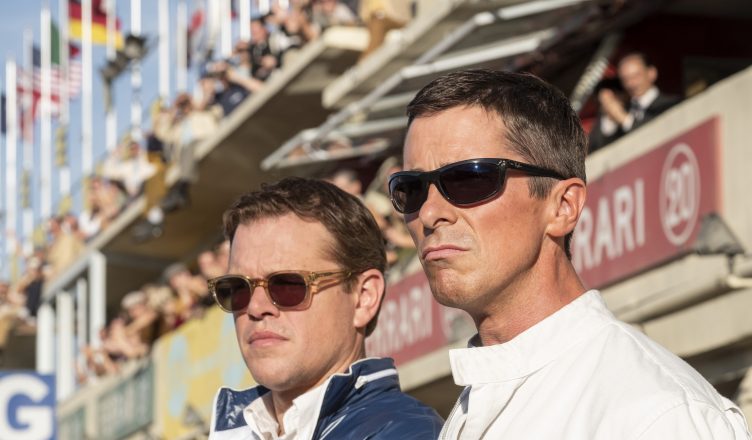 Here is a list of the potential nominees for the Oscars in 2020, to date.

Bear in mind that the competition for the Oscar race is just now heating up, with films being released in order to qualify for this year’s awards season. That goes on throughout November and December.

I’ve seen most of the movies gaining traction “buzz-wise,” seeing them before the general public while covering the Chicago International Film Festival and the Denver Film Festival.

To simply recommend good films of the year, so far (which is how this list came to be created), however,
we must be careful not to forget about the films released earlier in the year that garnered critical acclaim at the time, but  may be forgotten in the rush to release that is beginning right about now.

1) “Ford v Ferrari”  – I would recommend this big studio picture to anyone. I am not a huge fan of racing or the 24 Hours at LeMans, but this movie is spectacular in all the right ways. I’m looking forward to seeing it again this coming weekend.  It is hugely entertaining, with Matt Damon and Christian Bale co-starring. James Mangold directed. Mangold’s writing/directing career includes “Girl Interrupted,” (for which Angelina Jolie won the Academy Award),  and “Walk the Line” (for which Joaquin Phoenix won the Oscar). Not only did the script Mangold helped craft (with Michael Green and Scott Frank) for “Logan” get an Oscar nod, but Mangold has turned in great work long before this and is a fan of utilizing more female leads. Tracy Letts as Henry Ford is superb in the film and deserves a Best Supporting Actor nod, but Josh Lucas is also very good as an officious Ford P.R. flack.

2. “Rocketman” – Taron Egerton portrayed Elton John in the same way that, last year, Rami Malek portrayed Freddie Mercury. He was very good. Dexter Fletcher, who is given credit for finishing “Bohemian Rhapsody” after the departure of is original director Bryan Singer, also did a good job. This film may have been released too early to be remembered for the Oscars, alas, much as Chadwick Boseman’s portrayal of James Brown was not remembered the year he starred in that bio-flick.

3. Noah Baumbach’s “Marriage Story:” This one contained dynamite performances from Adam Driver and Scarlet Johansson, based on the real-life experience of director Noah Baumbach in his divorce from Jennifer Jason Leigh. The principals are portrayed as being so nice that you feel they should have stayed together and worked it out. The lawyers are a different matter, as portrayed by Laura Dern, Alan Alda, and Ray Liotta, all of whom could all be seen as deserving of Best Supporting nods.

4. “The Irishman”– Martin Scorsese’s film about the hit man who (supposedly) killed Jimmy Hoffa, with an all-star cast, is 3 hours and 20 minutes of outstanding entertainment. It’s a Netflix project, but it will be eligible for the Oscars because it had limited runs beginning November 1st in theaters, to qualify. Al Pacino plays Hoffa. Robert DeNiro plays “the Irishman” hitman in this expensive ($150 to $200 million) epic((. Joe Pesci came out of retirement to work in the film and stars like Ray Romano are included in supporting roles.

5. “Once Upon A Time in Hollywood”- Quentin Tarantino. Brad Pitt. Leonardo DiCaprio. Margot Robbie. It was a very long movie, but it was a very well-done movie and superior to many other Tarantino offerings. The art and set directors did a fantastic job of nailing the sixties, (which, considering Tarantino was only a child in that decade, gives great credit to them). Even the bogus posters for spaghetti westerns are stellar.

6 . “Honey Boy” – This is a script by Shia LaBoeuf where he exorcises the demons inside him, created by his upbringing by his father, who transported him to various auditions, etc., while exposing young Shia to a less-than-wholesome lifestyle. This is not the world of “Leave It to Beaver” and “Father Knows Best” of yester-year, nor even the more recent depictions of happy families onscreen with loving parents giving their child good advice. You feel very sorry for the young boy at the center of the action (occasionally referenced as “Honey Boy”); it was a grueling film to watch. Totally original and heartfelt. Noah Jupe was great as the young Shia; Lucas Hedges appears as the older Shia (Hedges is  also in Trey Shulte’s “Waves”). Alma Hartel directed.

Other films that are getting buzz are Greta Gerwig’s “Little Women,” which I have not yet seen, and “Parasite,” a Korean film by Bong Joon-ho (“Okja”), which I have seen.  (Very original plot; Korean with English subtitles).There is also a lot of buzz around the acting of Tom Hanks in “A Beautiful Day in the Neighborhood” portraying Mr. Rogers, and for Anthony Hopkins in “The Two Popes.” The “Harriet Tubman” pic is also earning  praise. Joaquin Phoenix’s work in “Joker” shouldn’t go unmentioned, but the film is very controversial. Whether the movie, itself, will win nominations remains to be seen. An acting nomination will almost certainly go to “Judy,” the Judy Garland bio-pic story, with Renee Zellwegger and Alfre Woodard in “Clemency” and Jamie Foxx in “Just Mercy” have received their fair share of buzz, just as some have praised Jennifer Lopez’s turn in “Hustlers.”