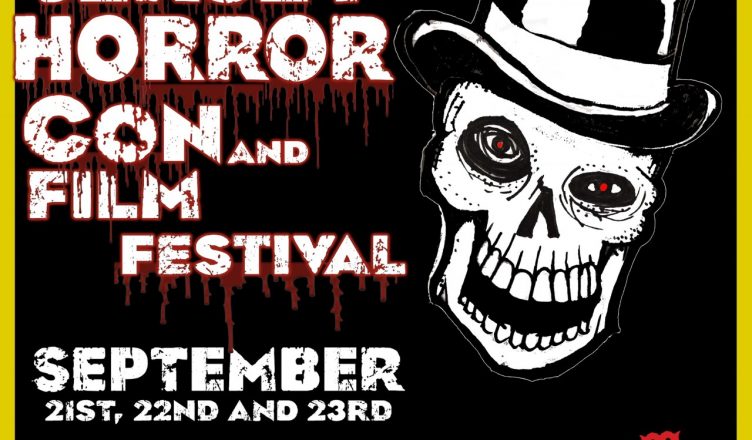 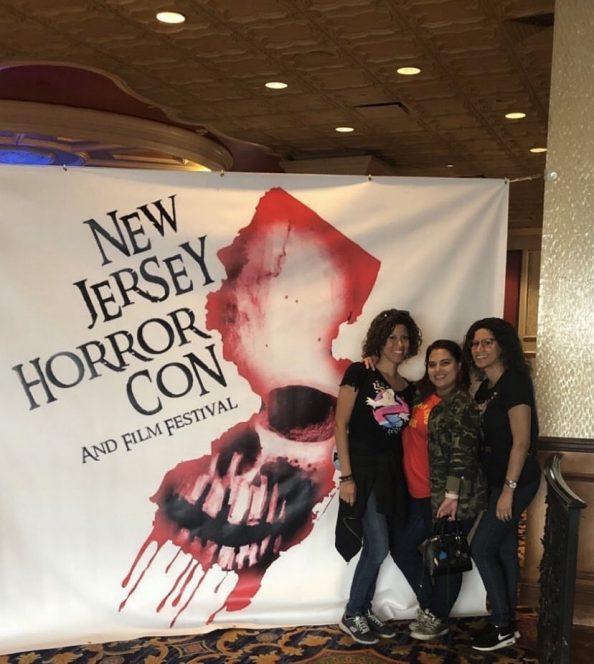 I gotta say, I’m still on a high from New Jersey Horror Con.  This was my first time attending this event, same for my fellow Horror Flick Chicks, and I have to say it was more fun than I could have imagined!  The con took place from Friday, September 21st through Sunday, September 23rd and was located at The Showboat in Atlantic City, NJ.  It was my first time at The Showboat.  As far as casino’s are concerned this was not the fanciest.  But I have to say I thought it was a great space to host.  The buzz on the con floor was that other locales have previously hosted and that this years space was far superior than in the past.  Although I didn’t have any experiences to compare it to I have to agree that the space was incredible.  Ample floor space with so many vendors and guests spread throughout.  I was able to snag a press pass which was cool but I was only able to attend on Saturday and Sunday which was a bummer.  The horror con staff was great as well!  Check in was a breeze and the staff was so nice and helpful.  I got a chance to speak to a lot of vendors, met and got photo ops with some cool guests and also met some friends that I only know through my horror loving communities on social media.  Here’s a recap of what went down…

There were an array of guests that appeared at the con.  Film and television stars as well as music icons and a sprinkle of randos that I wouldn’t necessarily think would be at a horror con, like Ron Jeremy.  Yeah you read that right.  Although I know who Jeremy is and what he is famous for I have not seen his work so it is quite possible he appeared in an obscure horror movie which is not uncommon to see in the genre.  My trusty Google search led me to a 2008 film titled One Eyed Monster.  I’ll just leave that one alone.

There were so many photo ops that I wanted to do but had to limit it based on time and funds.  I got some good ones in though.  Two actress from the original Friday the 13th franchise made an appearance and they were as lovely as can be!  They were so nice and fun as you can see from the pics.  They even brought Mrs. Voorhies’ severed head! 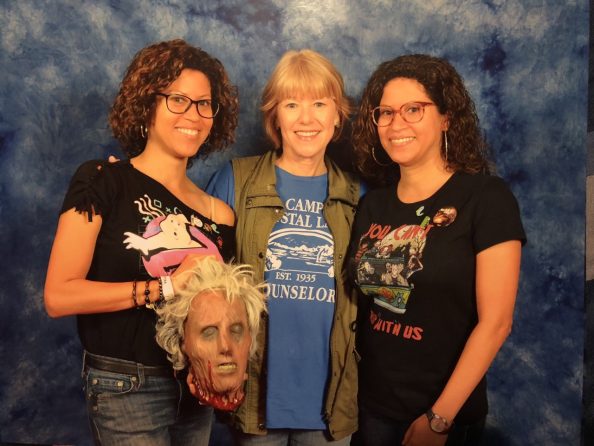 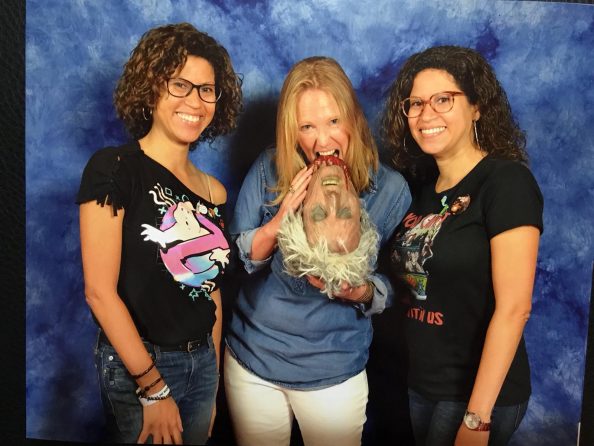 We also got to meet a horror legend, Linda Blair!  If you don’t know who she is, well, she’s Regan from the iconic The Exorcist.  I’m not sure if she goes to many cons but I’ll tell you the line for her autograph was long everyday, any time of day.  We had to snag a pic with the queen! 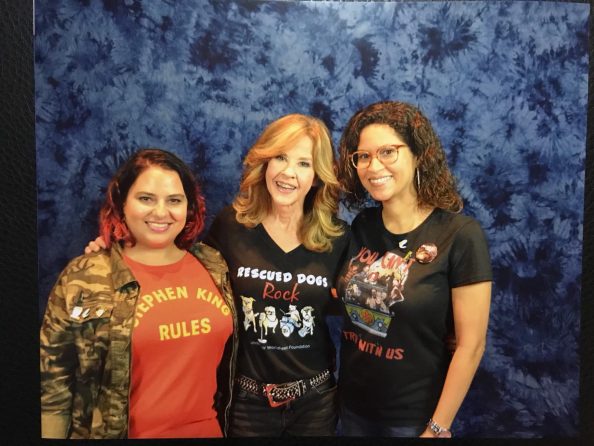 We also had the pleasure of meeting an actress from one of our favorite TV shows,  Ash vs. The Evil Dead!  Dana DeLorenzo played Kelly in the series which ended recently after 3 seasons.  Dana was the nicest, and not just to us, to everyone!  We peeped her interactions with her fans and you can tell she was so happy to be there and to meet everyone.  She would take selfies with fans and if it didn’t come out right she would retake them.  We had her sign a print that we bought from our friends Ghost Girl Greetings and then we had the photo op with her.  She told us she liked the pic so much that we should come by her table again so she could sign the pic.  So we did.  She’s simply the best <3 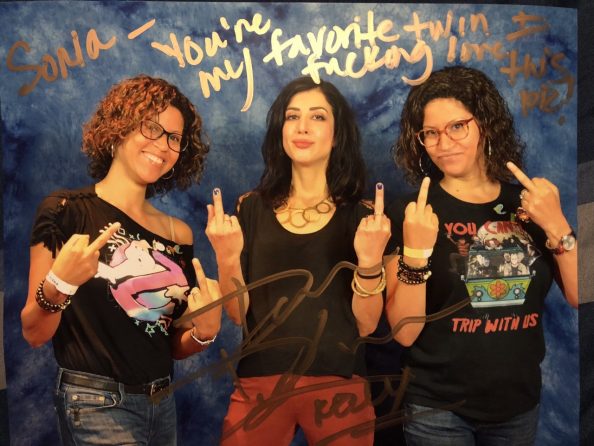 We also were able to see the cosplay contest that took place Saturday afternoon.  Some of the costumes were very impressive.  The creativity at these events are mind-blowing.  Here are just some of the characters from the contest:

There was no shortage of vendors either.  Some really cool booths on display selling everything from the standard horror themed tees and caps to handcrafted and designed dolls, pins and greeting cards!  Here’s a recap of some of our favorites.

Ghost Girl Greetings created their business out of a love for horror and pop culture.  Their unique greeting cards and prints are sure to make you smile.  Make sure you check them out on Instagram @ghostgirlgreetings. 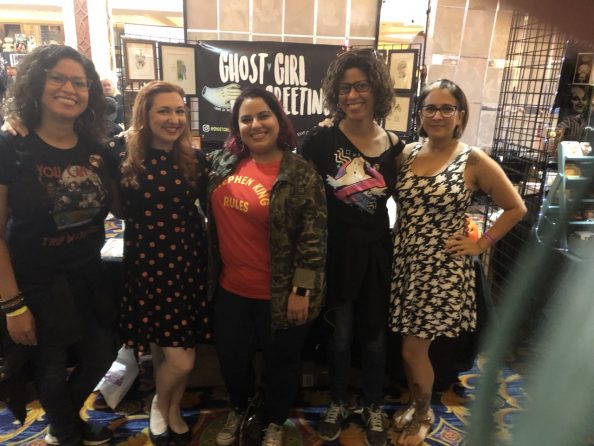 Frank’s Kid melds horror and pop culture into a nice little package, indulging the kid in all of us.  Great novelty tees, pins, prints and stickers!  Make sure you check out their work on Instagram @franks_kid. 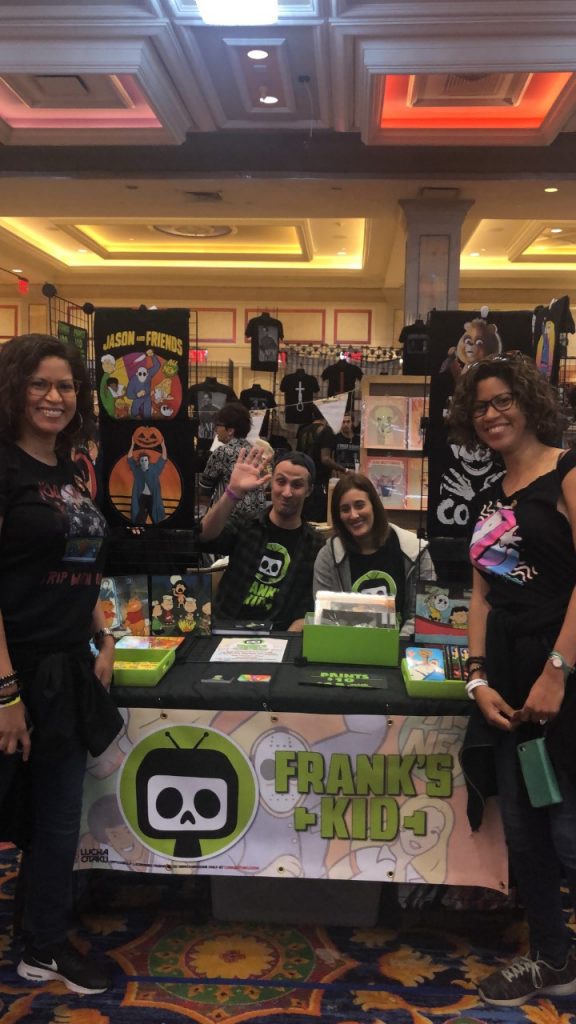 Mr. Mauro also had an awesome table with so many cool stuff from prints to pins!  We loved his pins the best!  He has an assortment of designs that you can check out on his instagram page @mr_mauros. 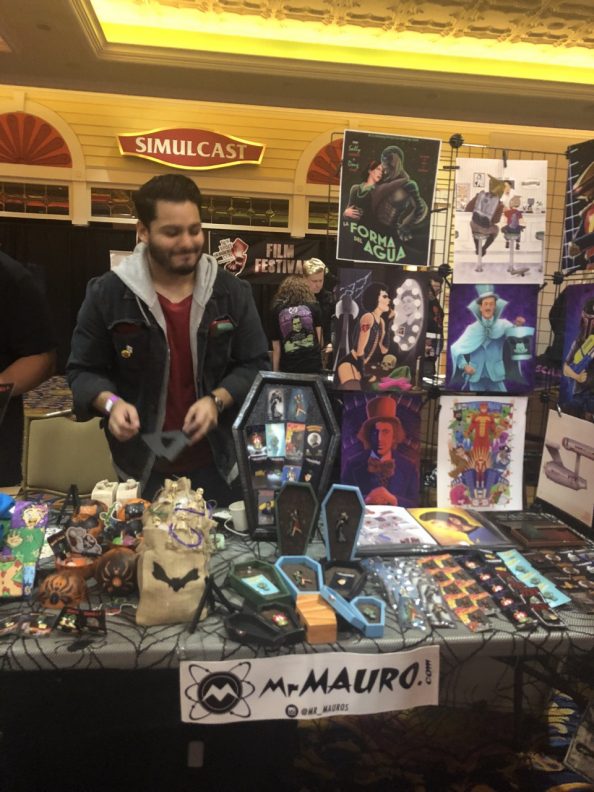 Overall it was so much fun!  If you’re interested in checking out the New Jersey Horror Con they will be back at The Showboat in 2019 from March 29th through the 31st.  Check out www.newjerseyhorrorcon.com for more information on when tickets go on sale and featured guests! 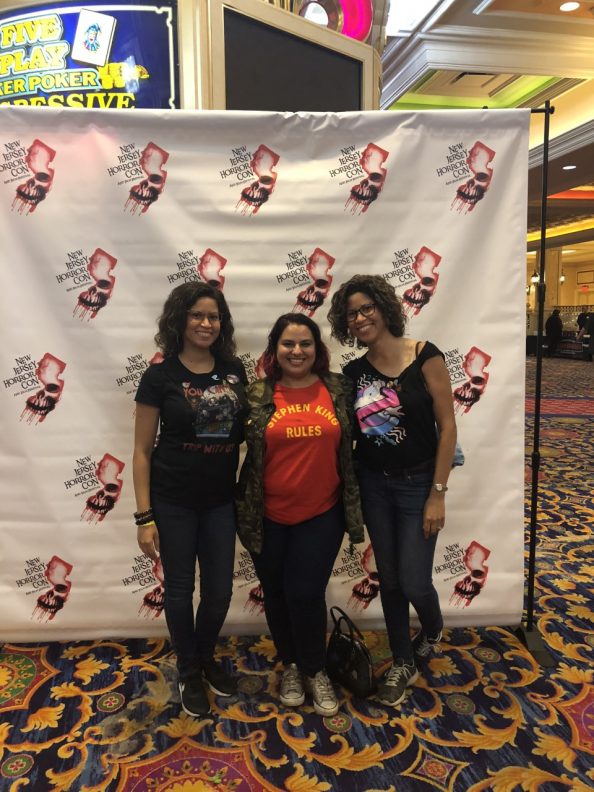 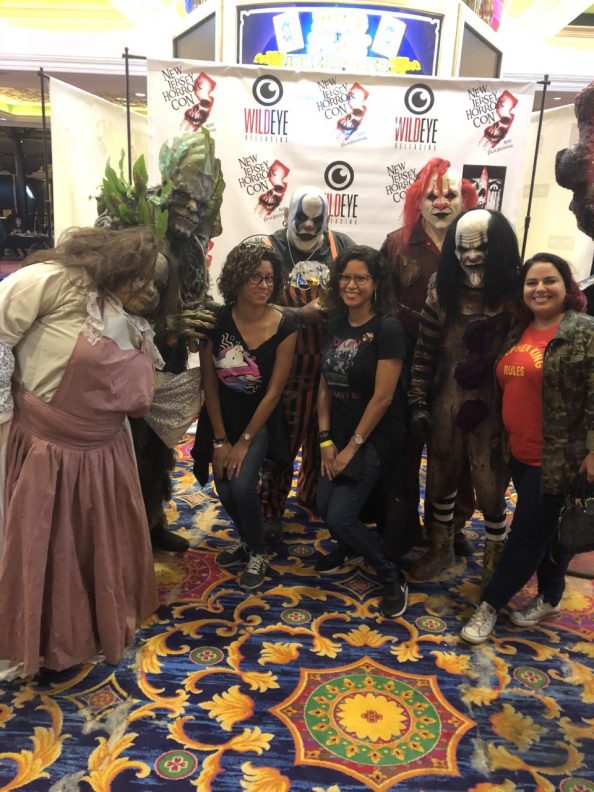 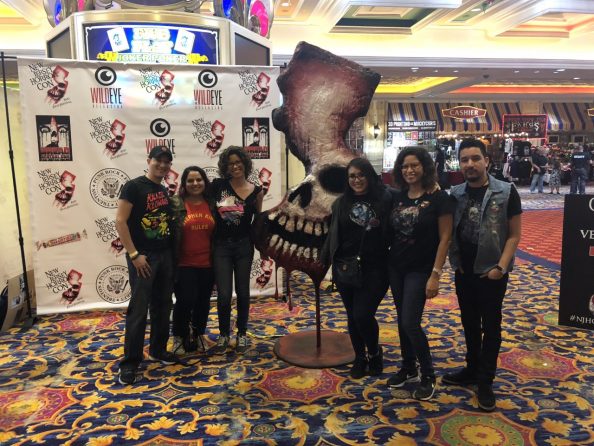 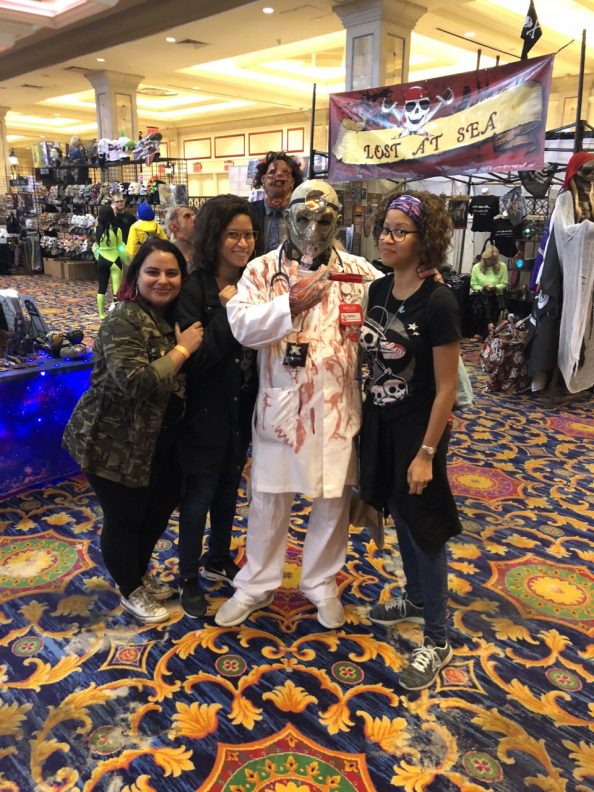