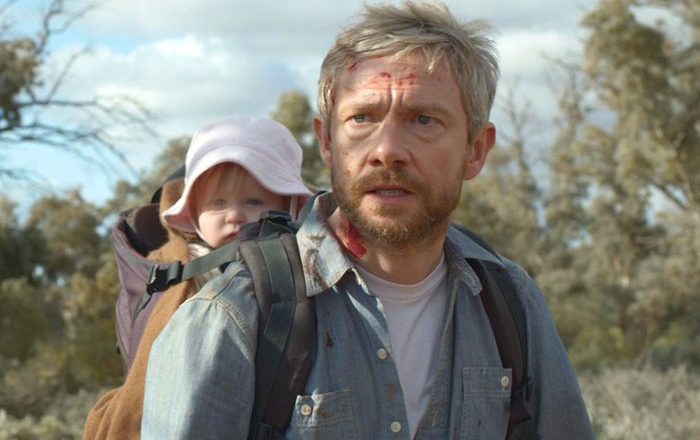 The Netflix movie Cargo is based on a 2013 short film in which a father must protect his infant daughter while maneuvering through a zombie apocalypse.

An apocalypse brings out all the crazies.  From blood thirsty flesh eaters to humans who are trying to survive by any means necessary.  Cargo starts out in the thick of things.  A loving couple, Andy and Kay with their one year old daughter Rosie, set out on the river in their houseboat trying to survive and steer clear of the pandemic.  A series of events take place one of which where Kay turns and bites Andy.  He soon realizes that he can not escape the world as it has become and have to fight to stay human long enough to protect little Rosie. 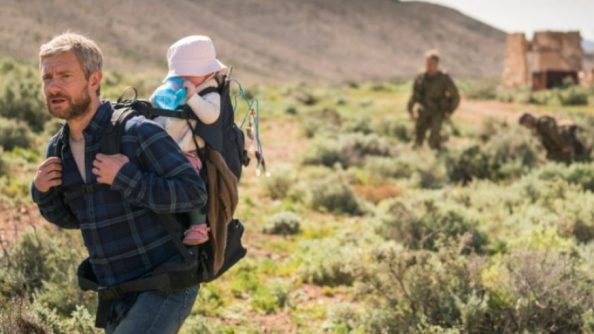 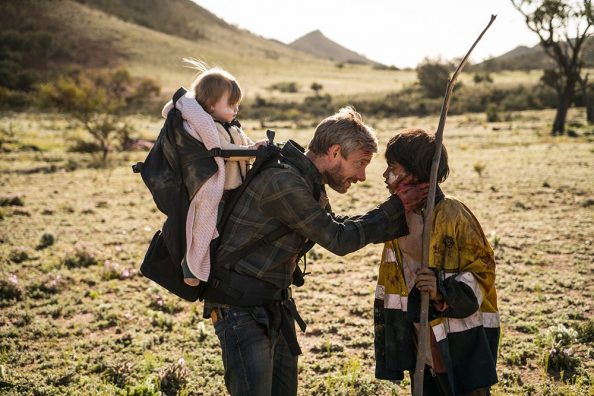 There are hundreds of zombie movies out there but this one focuses on Andy path to a loving and safe home for Rosie as opposed to the apocalypse as a whole.  I loved that Andy was just a regular dad.  He is not a survivalist or a military man.  He’s a loving, protective father who will do anything to save his daughter.  I thought Martin Freeman did a excellent job in his portrayal of Andy.  I was touched at how he cared for Thoomi as well.  Thoomi is a young Aboriginal girl who helps Andy while trekking through the Australian outback.  There is no question how much of a loving, good hearted person he is.  Along the way there were some obstacles that detain them from their goal but Andy steps up and fights his way through to continue in their quest.

Another cool thing that I noticed in Cargo was the yellowish pus that crusted over the mouth, eyes and wounds of the infected.  I don’t recall seeing anything like that in a movie in this genre.  There was a point Andy who is slowly turning wipes some pus from his face.  Ewww.  It was a real moment in that world so that was cool to see.  I love when horror movies invent new ways to show decay.  Usually it involves blood but this was different.  Uniqueness is key for a new horror movie I think because it sets it apart from others as a lot of themes in this genre can be redundant. 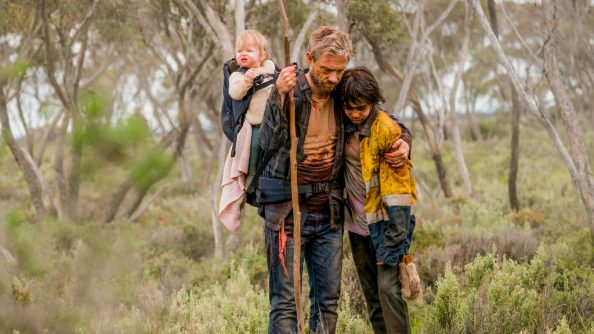 This is not necessarily a bad thing but I would have liked to know more of the backstory of the Aboriginal tribe.  Obviously a lot happened before the start of this film and I can pretty much guess what happened up to that point with Andy and his family but there’s some mystery with the backstory for the tribe.  I’m kind of grasping at straws here because the entire movie was great.

Very heartfelt, entertaining movie.    I have to say, this movie hit me in the feels.   Every time they showed helpless Rosie my heart melted a little.  The things we do for our children.  It’s pretty amazing. 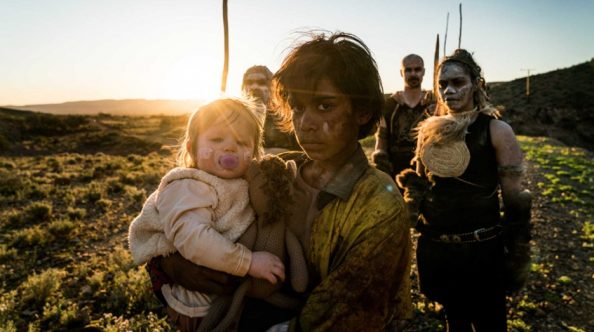