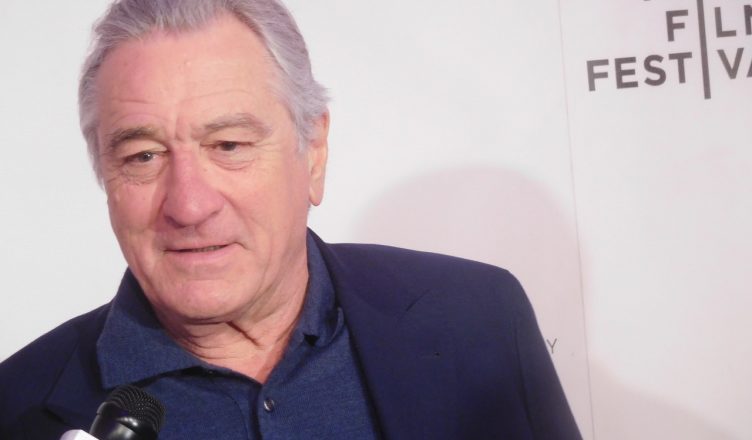 Robert De Niro, who gave introductory remarks, took the  opportunity to rip into the president — which he does every chance he gets —  without ever mentioning Donald Trump’s name.

“To fans of fake news,” said De Niro to audience laughter. “The current president actually claims credit for that term. ‘One of the greatest terms I’ve come up.’ (De Niro mimed Trump and threw his hands into the air.)  And it spread around the world becoming a favorite rallying cry for dictators and strongmen like Bashar al-Assad, the butcher of Syria, the genocide perpetrators Myanmar, the murderous Duterte of the Philippines, and closer to home, Venezuela’s President Maduro, who may have gotten it right when he said Trump doesn’t even know where Venezuela is on the map….I’m not so much concerned about Republican’s believing Trump’s bellowing bullshit about fake news. They’re not that stupid. Most of them. But they’re pretty stupid…. I’m very concerned about Republican’s gutless acquiescing to Trump dismissing facts and creating his own alternate reality. This will never, never be right. And that’s why I’m very grateful to the journalists we’re about to see, the legitimate journalists, … who devote themselves to showing us the truth. This is the subject of Liz Garbus’s film. It’s a funny thing about calling something fake news just because you don’t like it. It’s still the news and when it’s the truth it’s the truth! And when it exposes you as a liar, a scam artist and a criminal, that so-called fake news can lead you to doing real time!!! Depose him, interrogate him, interview him, whatever you want to call it, then I want to put him in handcuffs and then I want to take him to jail.”

The last sentence brought cheers from the audience.

Then De Niro introduced Liz Garbus who asked, “ What do you really think Bob?”

Curry, who’s a terrific interviewer, asked about the challenges of covering such a volatile president. Bumiller responded,  “He says three different things in the same day, so you do the best you can,” which triggered laughter from the audience.

The panel then spoke about the strained relationship of Trump and the media. Garber explained that once “Hillary Clinton (was done being) his main punching bag, it became the press.” Davis said they are “always vetting” their information while Baquet added that the press in covering the news must be “aggressive and fair.”

To a question from Curry about how important it was for journalists to protect their sources, the journalists noted this was a priority and they tried not to use names but if there was a lapse they would ask Garbus to erase it from the tape. Garber said the crew worked with them to “protect their sources and make them feel more comfortable to let us in.”

Curry asked The New York Times executive editor why he agreed to such an intense fly-on-the-wall look at the newspaper when it was experiencing so many challenges, including financial hardships and reorganization. “Why the heck would you say yes?” she asked.

Replied Baquet, “I thought the best way to combat the attacks on the press was to be transparent. I thought if the people saw what Maggie Haberman’s (NYTime’s White House correspondent) life was like, I thought if people saw what Elisabeth Blumiller’s efforts to get at the truth were like, I thought that people would understand that the allegations and the attacks from the president were false. I thought if people got a look inside the New York Times newsroom they would of course see warts because newsrooms have warts. They’re imperfect institutions, but I also thought that they would see something more important; there’s a lot of people working hard to cover a big story and to fulfill a mission unselfishly and I thought that that was a good price of admission.”

To see and hear the full panel discussion — without De Niro’s blasting of the president — go to https://www.facebook.com/Tribeca/

All photos by Paula Schwartz