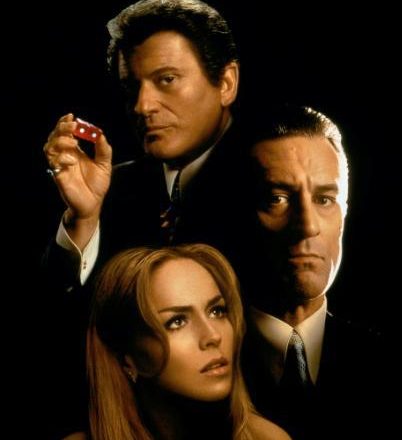 It may be common knowledge that the 1995 classic movie Casino is based on a true story. Which parts are true and which are exaggerated, however, is less commonly known. Let’s take a journey together and uncover the truth of the Hollywood version of the following real-life events.

Were the Tangiers lion performers based on Siegfried and Roy?

Absolutely. When the real life duo’s contract was coming to an end with a rival casino, Sam hired them to put on a show at the Stardust. That agreement came at a substantially higher figure, space for the animals, and customized dressing room. “Lido de Paris Starring Siegfried and Roy” arrived, as did a friendship that lasted an entire lifetime.

Was a rival’s head really placed in a vase?

Anthony Spilotro, the real-life gangster who Joe Pesci’s Nicky Santoro was based on, caught one of the men who killed the Scalvo brothers without his permission. A court heard, during a testimony by Frank Cullota, that Billy McCarthy was indeed tortured by Spilotro. Cullota was told by Spilotro that McCarthy received a beating, and when it was clear that he wasn’t going to reveal his accomplice’s identity, Spilotro put his head in a vase and tightened it so hard that both eyeballs popped out.

The real-life Sam, Frank Rosenthal, is credited with exactly that. He established the very first sportsbook at the Stardust. Despite the obvious success of sports betting, casino games as roulette and blackjack remain the most popular, both online and offline. Casino Kiwi discusses the popularity and strategy of the games, along with a whole host of casinos offering roulette games with bonuses.

Yep. The real-life brothers were indeed beaten to the point of death. It didn’t take place in a cornfield, as in the film, however. Former mafia hitman Nicholas Calabrese, testified under oath that the mafia told the brothers that they would be promoted. Michael would be prompted to made “ember”, while Anthony would be made a “capo”. Instead, the brothers were taken on a ride to a mafia home in Bensenville, Illinois, where they received their fatal punishment.

Did Sam survive an attempted assassination?

He did. In 1982, Frank left the Tony Roma restaurant and entered his Cadillac, which exploded. He managed to survive with just minor injuries and burns. While the truth may never be known, many factors were named in an explanation of his survival, such as the side door being open when the explosion occurred.
The only conclusion we can draw here is that many of the rumors regarding what really happened were true. What we can also determine from watching, though, is that they knew how to make a really great movie back in the 1990’s. Not only is Casino a modern classic, it also surely ranks among Robert De Niro’s best performances.