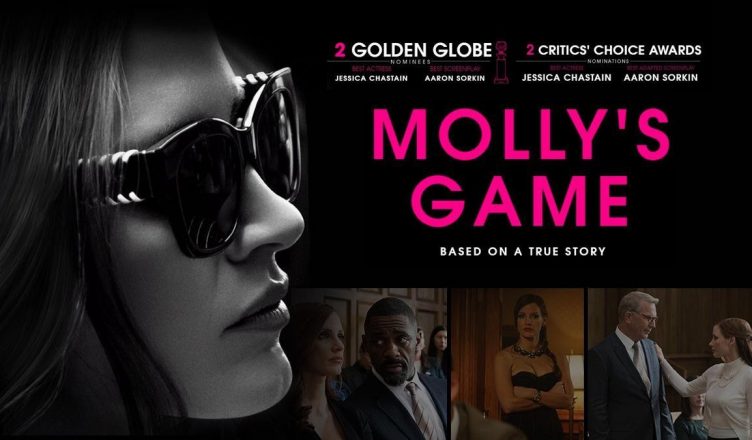 Based on the true story of Molly Bloom, Molly’s Game is a must-watch among movie buffs who enjoy a good storyline to poker players who want an inside look into the underground world of high stakes poker. Molly operated exclusive high-stakes poker games in the 2000s, catering to Hollywood royalty to professional sports stars, as well as business tycoons and mobsters. The crime drama film was written and directed by Aaron Sorkin and is based on the 2014 memoir of Molly. The film and book describe how she went from hosting high-end poker events to becoming the target of an FBI investigation.

If you follow poker at all, then you know that celebrities like to play the game, especially high stakes poker. From large land-based events like the WSOP to online play, celebrities are almost always in the mix. Even amateurs will find that when they visit online casinos to play live Hold’em games they might play against a celebrity or two. With Molly’s Game, it brought the celebrity element to the public eye regarding high stakes gaming. Not only were the games played underground with massive amounts of cash, but popular celebrities were taking part.

And we aren’t talking about D or C list celebrities. We aren’t even discussing B-listers. It was the A list, cream of the crop at these games. Leonardo DiCaprio, Matt Damon, Tobey Maguire, Ben Affleck, the list goes on and on. This is what made this story so intriguing. Along with the mob ties of course!

Get to know the film in this Molly’s Game movie review, with plenty of details on the cast and where to watch. The movie is definitely a must-watch for poker and crime-drama fans! 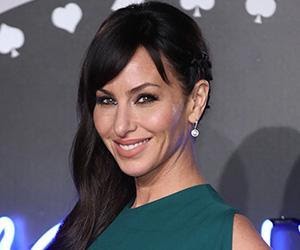 The true story behind Molly’s Game is quite fascinating. Molly was an Olympic-level skier who had an amazing athletic career, only to lose it all after a dramatic wipeout on the slopes. Before going to law school, Molly was in search of something to do. She somehow stumbled on to a unique opportunity to get into the world of underground poker.

After quitting the United States ski team, Molly was upset, and in a period of grief. She wanted to take a year off and had a friend that lived in Los Angeles. She decided to stay on his couch and needed money to survive. She started working as a bottle-service waitress at a club and eventually got pulled in to hosting poker games for her boss.

Only a few celebrities were outed by Molly, who remained hush-hush in her book about who attended her games. Alex Rodriguez and Pete Sampras were among the athletes who took part in the games as well as the aforementioned celebrities like DiCaprio and Maguire.

As the games progressed, Molly’s life began to spiral out of control. She became addicted to drugs and involved with the mob. She had poker customers associated with the Russian mob and found herself short on cash when players did not pay up. Once she started taking a percentage of the prize pool, that is when the Feds began looking at her operation.

Playing Molly in the film is Jessica Chastain. She played the part of Molly well and really sold the high-end vibe of the film that was the main character’s life. Other well-known actors played in the film including Idris Elba, Kevin Costner, and Michael Cera.

When you read Molly’s Game, you become engrossed in the tale of a woman’s rise in a man’s world. The book pulls you into this amazing story, as you learn more about celebrities in the poker games as well as how Molly ends up in bed with the mob. The entire story is very Hollywood-esque, seeming to have been made up, even though it is a true occurrence.

Molly holds nothing back in her book and you get a true sense of what happened to her when reading. You find out about her rise and fall, as well as what she learned along the way. One big difference in the movie and the book is that the book focuses more on the players. You get a real feel as to how the games took place and want to know more about the famous people who sat down at the felt.

In the movie, it features Michael Cera, who plays Player X. You get a sense of how big of a jerk Player X is in the film, but the book tells all. In the memoir, Tobey Maguire is mentioned many times, and while there is no correlation that he is Player X, most everyone agrees that he is.

Based on true events, another actor took control of the weekly poker game. According to the book, it was Maguire who called Molly and said that she lost the game in a giddy fashion, which is what Player X does in the movie.

So, who is Player X? It does appear to be Maguire. In her book, Molly wrote that Maguire was the worst tipper, but the best player, and the ‘absolute worst loser’.

Where to Watch Molly’s Game?

If you are a fan of gambling movies like The Hustler or Casino, then watching Molly’s Game is a must. You can find it a number of ways, including Netflix. If you have a subscription, you can easily pull it up and watch it at any time.

Amazon Prime members can catch the film on Prime Video and it is available for purchase on iTunes and DVD. You can also choose to download the film.

Once you watch the movie and become enthralled with the story like fans have already, head to Reddit for Molly’s Game to discuss theories with the rest of the world. The movie has many fans and it can be fun to theorize with others about what celebrities might have taken part in the games as well as any other insights into the underground world of poker.

One thought on “Molly’s Game Movie Review & Where to Watch”