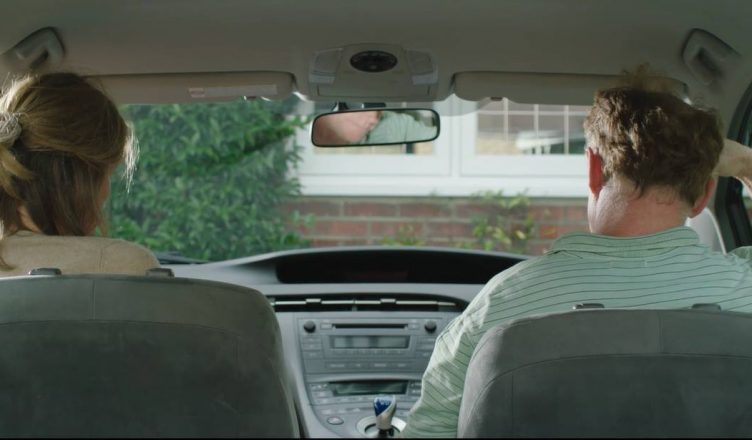 “The Driving Seat” is a multi-awarded British short film featuring a long-married couple who’ve decided to rev up their sex life. In their driveway. In the front seat of their car. In the middle of the day.

It’s hardly a surprise that Writer/Director Phil Lowe’s story is funny and quirky. What makes it singular, however, is that the film manages to capture the routine in a relationship. That which keeps two people together. And in love. Long after the turbo engines have cooled just a bit.

I recently had the pleasure of asking Lowe about The Driving Seat. I began with a simple question.

What was the inspiration?

There’s a Fringe Theatre in London – Theatre 503 – who do a creative scheme for writers where you go and see their current production and have five days to submit a 10 minute “response” to what you saw. The play in question had a scene with a young couple having sex in a car; I imagined an older couple on their way home from the theatre having the idea that they maybe they would try this… It didn’t work as a stage piece but I took it to my script workshop that I belong to and workshopped it as a short film. The more I worked on it, the more it became clear there were some serious themes I could explore beneath the comedy, so I committed to making it.

Janie Dee & James Lailey are quite good and are two clearly very natural talents. How did they each take to the cramped quarters of this story? 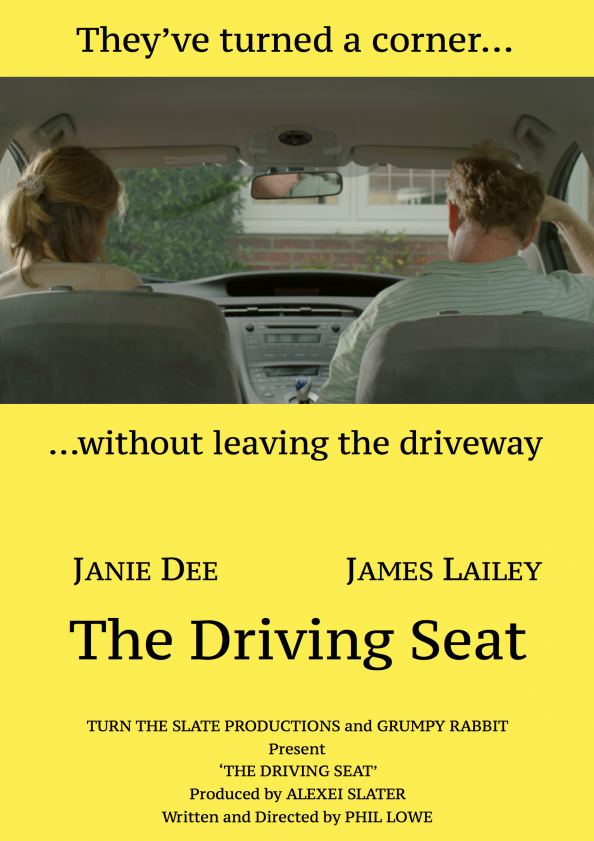 We started with a read through to make sure the dialogue would flow naturally for them and they were comfortable with their characters. Then we made a point of doing a “dress rehearsal” in the car so we could work through the mechanics of whether it really was possible to climb from one seat to another, whether Janie could feasibly sit on James’s lap, how to get her off again and so on. Adrian our DP came along as well so we could show him what we were thinking of doing and he could come up with the best angles to work from. I’m not sure either Janie or James were overjoyed at spending most of a day’s shooting inside a parked car, but they were really committed to the story and what we were trying to get across in the script, so they didn’t complain – at least not to me!

As a guy married to an eternally beloved gal near about the age of this couple I can certainly relate to the intrinsic dynamic. Do you share a similar spot in life? And if so is that often quiet and always present genuine love that which you strive to convey to us with “The Driving Seat”?

I’m in my mid fifties so yes, I was keen to explore some of the tensions that manifest themselves in a long standing relationship. My wife is fond of observing that people forget you have to keep working at a relationship and never be complacent, and this was one of the themes I wanted to get across. I was also interested in what happens when you try and force a relationship to be something, rather than looking at what makes it work fundamentally and seeing if you can work from that – which is what the husband realises in the story.

Having watched a fair share of Shorts I am always intrigued to ask the filmmakers what is the grandest reward and the largest challenge in making them?

The biggest challenge was dealing with the reality that if you want to work with really talented people for virtually no money, you have to be very patient and wait until they’re free. It meant we had a production period of 18 months with only a one day shoot in the middle. But the grandest reward is to have something that in terms of everyone’s craft can hold its own with a production that cost 20 or a hundred times as much. I love films where you watch talented people express themselves and that’s what I believe we’ve got here.

What is next for Phil Lowe now?

I’m currently on a round of rewrites on a script for a director which is at financing stage, dealing with the gaps between what the director wants and what producers want and trying to hold a middle ground without losing what I want. I’m also working on a feature script with the characters from this short, giving them a bigger arc but working with the same themes; I want to direct this one myself as a low budget feature – but I have to get the script right first…

“The Driving Seat” is now available on various platforms across the web, for free!

"The Driving Seat": Steering a Marriage in a New Direction

“The Driving Seat” is a multi-awarded British short film featuring a long-married couple who’ve decided to rev up their sex life. In their driveway. In the front seat of their car. In the middle of the day.